Approximately 48 sixth-, seventh- and eighth-grade students, most of whom have emigrated to the United States within the past few years, participated in a series of workshops in November and December 2015 and January 2016 to prepare for Homeland: Poetry in Performance. 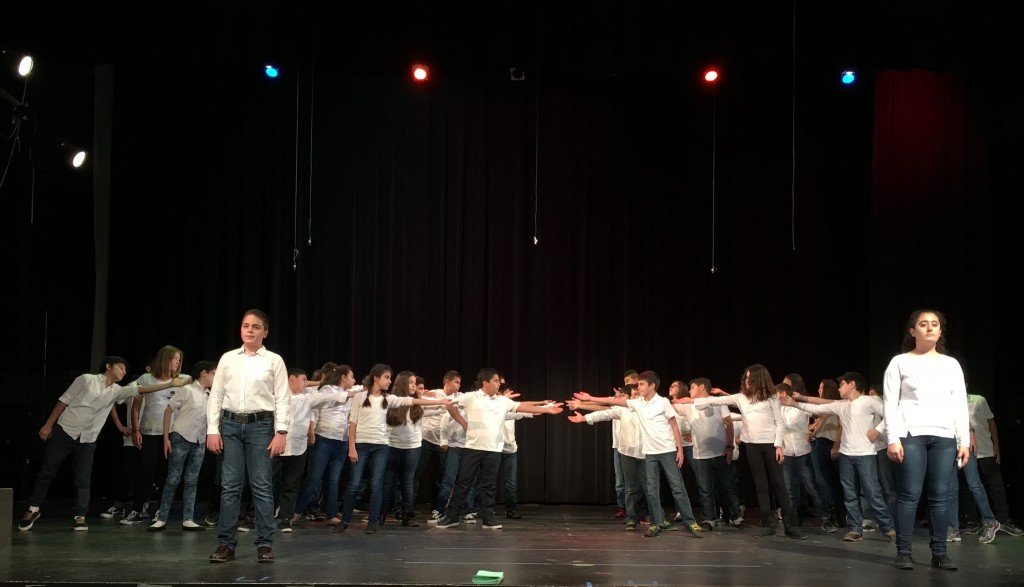 Led by artist teacher Kate Randolph and funded with a grant from Burbank Arts For All Foundation (BAFA) and seed money from Walt Disney Studios and the Music Center, students in Jessica Wertlieb and Jim Koontz’ Beginner and Early Advanced ELD classes analyzed and wrote poetry and studied works of a few American poets.

Some of the students wrote about what they missed the most about their country, about their house and their bedroom and what they’d like to go back and see, said seventh-grader Fima Kaoumi. Kaoumi emigrated from Syria and has been in the Burbank area for a little more than three years.

She worked on a group script with several other students. Here is an excerpt:

Piunik: I feel sad that I’m not with my grandmother in Tehran.

Clara: I worry about my cousins Kevin and Mousa in Syria.

Alexandr: Home is my country, Armenia, my friends and my family and me.

Nora: I worry about the rose in my garden because it gets frozen.

Karen: I see a picture of my friend and me when we were little and we were playing chess.

Fima: I worry if somebody took the pictures off the wall of my bedroom.

Alina: I try to remember my room.

Piunik: I dream of peace and joy for my country.

Clara: I say to my mom that I will not forget how to speak Arabic.

Alexandr: I dream that I’m going to be the President of Armenia.

Nora: I say that it’s not good to be fighting, because the humans are friends, brothers, sisters, parents and grandparents.

Fima: I dream about seeing my friends once again and jumping rope and laughing.

Alina: I hope that my friends still remember me.

Karen: I hope to go and see my home again. 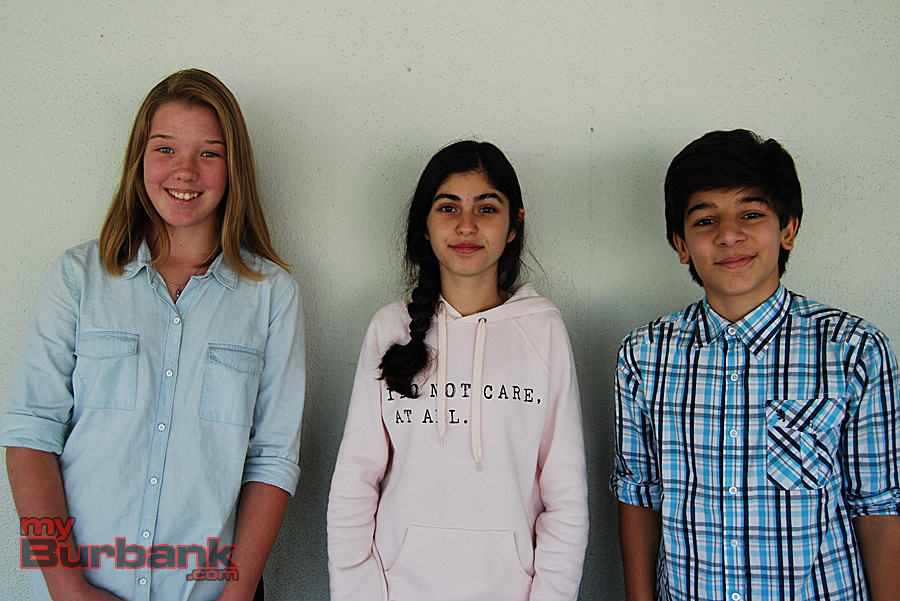 Nora Fulup, also in seventh-grade, came to Burbank from Romania about seven months ago. She wonders what will happen to the beautiful purple and red roses at the home she left, because the weather is freezing now in Romania.

It was very scary for her to get up on stage for the performance because she had never done that before, Fulup said, but she was really happy she gave the performance.

She really enjoyed the experience, saying, “It was good for studying and for remembering the homelands. And, for making friends.”

Hailing from Iran, seventh-grader Mishel Hartooni has been in Burbank for about three years. He also enjoyed studying poetry and writing his part for the group performance.

“[We] wrote mostly about our family and our friends in our countries and homelands. For example, my friend Alex [wrote] about his friends,” said Hartooni. “Mine was about my grandpa and his car… It was all about our homes.” 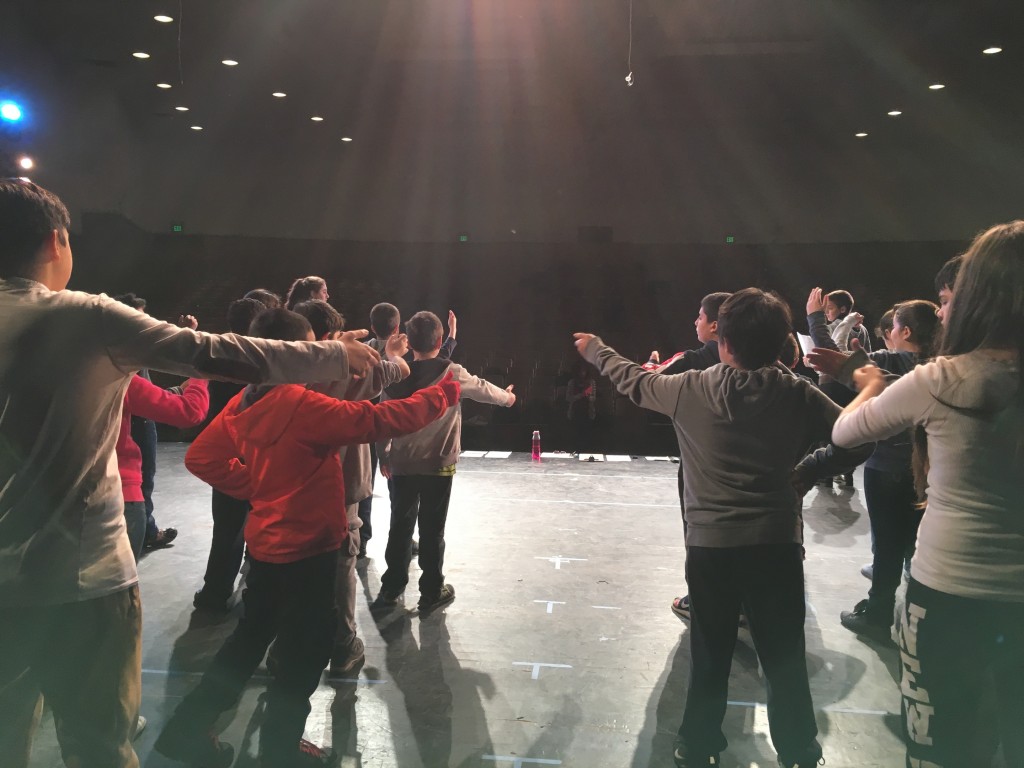 Students worked on presentation skills, including articulation and non-verbal movements, with Randolph to help communicate moods and meanings found in the poems, explained Wertlieb.

“The purpose of this program is for the English Language Development (ELD) students to work with a professional actor, Kate Randolph, to explore and write poetry, universal themes and to present individually and as a group,” she added. “The performance enables the students to practice the reading, speaking and listening skills they need while building self confidence.”

“The students show incredible growth during and after this experience, not just in their basic skills, but in their self-confidence as well.”

The 2015-16 school year marks the fourth year in a row Randolph has visited Muir for the weekly series of workshops, held over three months.

“This year was different, however, because she incorporated the students’ own writing into their performances,” said Wertlieb.

Kaoumi enjoyed learning the movements to the different poems, working with the other kids and performing, too.

“It helps me improve my English and I learned a lot of new words that I never heard before,” she added.