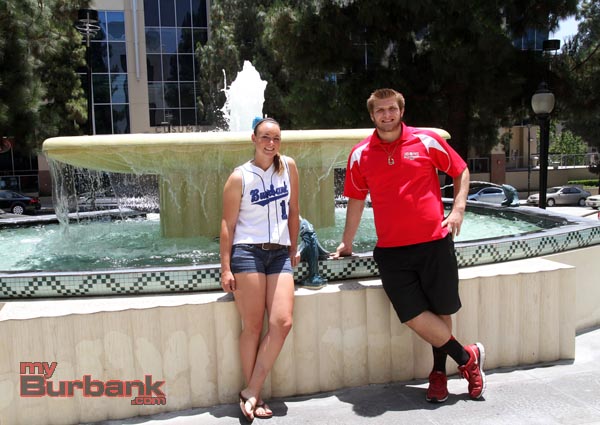 Katie Hooper and Daniel Marbach (Photo by Ross A. Benson)

(This story is being re-run in recognition of all the student-athletes who will partake in sports this year for Burbank and Burroughs. Dedication, commitment, hard work, pride and a selfless attitude for the betterment of the team are values that define leaders and a championship team)

With the 2013 fall sports season beginning today, we salute Burbank’s Katie Hooper and Burroughs’ Daniel Marbach one final time for their athletic excellence from last year.

They mirror each other in academic excellence and athletic achievement. They value the importance of being a student-athlete. They understand what it takes to be successful. Because of their outstanding efforts in the classroom and superb accomplishments in sports, Burbank’s Katie Hooper and Burroughs’ Daniel Marbach have been chosen as the myBurbank “Scholar-Athletes of the Year” for 2012-13. 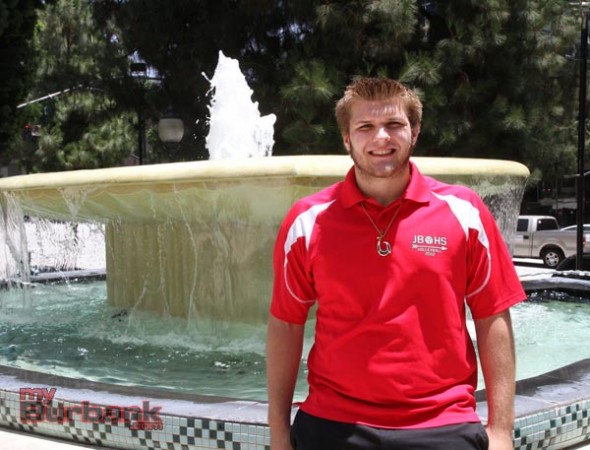 Hooper was a first-team all-league honoree in girls’ volleyball and softball while being a member of two league championship teams.

Marbach concluded his senior year by being named first-team all-league in football and boys’ volleyball, the latter as a league champion.

“Burbank was awesome. It was a great experience academically and athletically. I played on some great teams with all my teammates,” Hooper said. “Over the four years I had a blast. Playing all the sports made me look forward to something one season after another.”

“I am really proud. Burroughs is a great school and a good testing school,” said Marbach. “They have good sports teams and I happened to be pretty good at them.”

Hooper, who will play softball at Cal State Northridge, and Marbach, who will attend Cal State Los Angeles in the honors college, are the quintessential examples of student-athletes who play multiple sports and are successful in their endeavors. 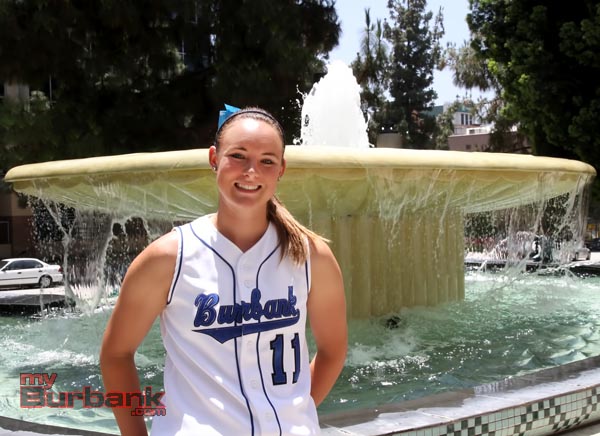 While many athletes choose to hone their skills on only one sport as they become older in high school, these two student-athletes chose to excel in two sports while balancing a tough and rigorous academic curriculum at the same time.

“It starts as a student first and then as an athlete after school,” Hooper said. “You want to make sure you are getting the grades so you can move on to college and have the experience of time managing yourself.

“To win the league championships meant a lot to us. They can’t be taken away from us. We won them for ourselves, for our school and for the people who supported us.” 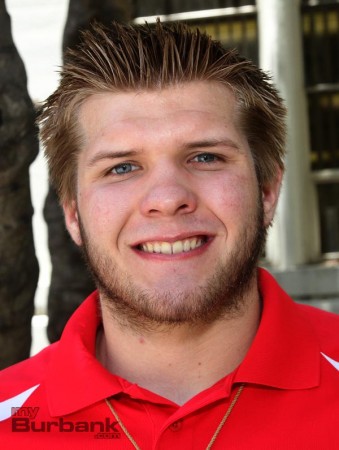 Marbach, 18, completed his four years with a 3.9 gpa including a 4.3 in the first semester and a 4.0 in the second semester. He took AP Physics along with AP Statistics while devoting time to a football program that won two league titles when he was a sophomore and junior and back-to-back-to-back league titles in volleyball the last three seasons.

“To be a student-athlete means being a student first,” said Marbach, who was honored by the Los Angeles Chapter of the National Football Foundation and College Hall of Fame for his academic performance. “You need to do your job in the classroom first and then go excel after school on the court or on the field.

“It was a long four years that definitely seemed a lot shorter than it was because I got to play so many sports. I always had something to look forward to.”

Hooper and Marbach will be sorely missed by their respective schools and sports. But their achievements as student-athletes will always be remembered. 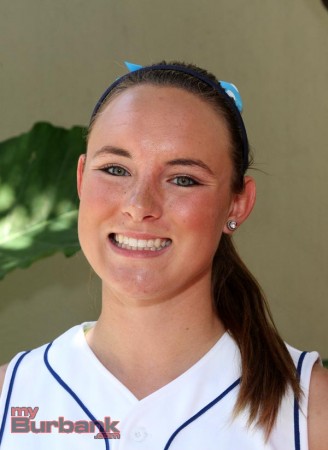 “Katie was an invaluable part of our team. She is such a competitor,” Burbank volleyball coach Sarah Brown said. “I knew I could count on her to push the team on the court to play their best because she always played her best. Katie is the type of athlete and teammate everyone wants on their team.”

“Katie has been the go to player who has been clutch in pressure situations,” Burbank softball coach Nicole Drabecki added. “She has always been one who believed in her talent and her confidence has been a deciding factor to her success in being a timely hitter.”

“Daniel was the mainstay of our offensive line. He is smart and physical. Daniel played O-line, D-line and punter,” Knoop said. “He is a great young man with a bright future.”

“Daniel has been such a major part of our program for all four years; as a freshman on the junior varsity to being on varsity for the last three years,” Brinton said. “He has always been a consistent and reliable athlete and a teammate where his priority is always, ‘what can I do to help my team be successful?’”

After spending countless hours in the classroom learning and at home studying as well as an enormous amount of time spent training during the summer and practicing in-season in their sports, the two “Athletes of the Year” are enjoying a well-deserved break before moving on to the next phase of their life: college. 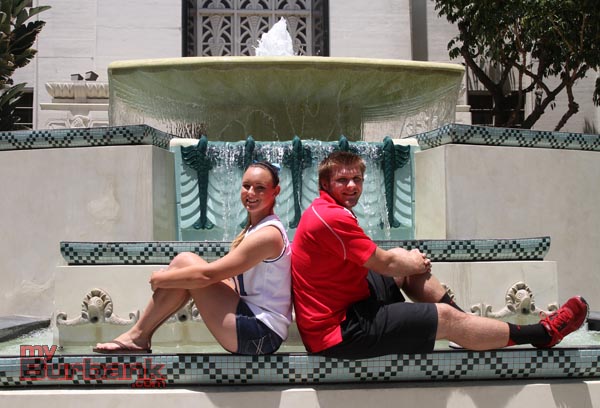 Burbank and Burroughs proud student-athletes (Photos by Ross A. Benson)

“I want to do the best that I can softball-wise and work on my academics and earn my degree in kinesiology,” Hooper said enthusiastically.

“I’m excited. I learned time management doing multiple sports and AP classes and being successful at it,” Marbach said with confidence. “Time management is going to be key for me for the rest of my life.”

The Burbank and Burroughs communities should be proud of these two fine persons. They represented the best during the 2012-13 athletic year.