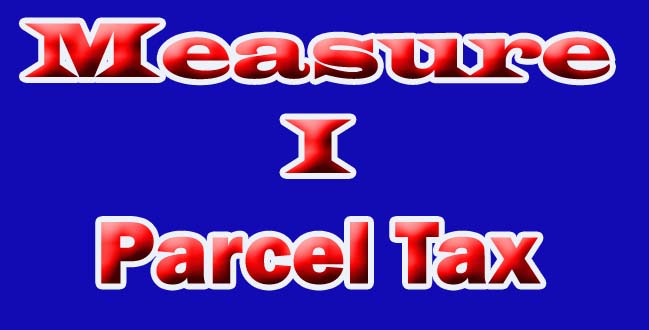 Vote YES on Measure I.

And then demand that the Burbank Unified School District “Take It To 10” for every Burbank public school.  Ten years ago, the average school rating was about 6.  Now it’s around 8, with Burroughs High rated 8 and Burbank High rated 9.

Better yet, demand it in the coming weeks and informational meetings leading to March 3, listen to the District’s response, and then cast your vote.

What does a “10” District do?  It substantially increases the odds teenagers will launch into adulthood sooner rather than later, that they’ll have the skills to pay the bills, and a life enriched by art.  Your sons and daughters are less likely to be debt slaves, whether from college or from unwisely using the plastic. They’re less likely to delay having a family because of finances.  And parents have much less reason to shell out $15,000+ annually for a private school, or to attempt home schooling.

We’re not expecting the District to produce 10’s across the board overnight.  It will probably take five or so years, the way it did when the District schools moved from 6 to 8.  But residents and businesses should be able to see visible progress year after year.

Our District also has 22 schools to contend with, not four. And Niche.com does give the District an overall rating of A, with an A- for academics, an A for teachers and an A+ for college prep.  Without Measure I, these ratings are likely to slip as arts, music and sports programs take budget hits.

Two weeks ago we sat down with Burbank High Principal Dr. Thomas Crowther and Luther Burbank Middle School Principal Dr. Oscar Macias.  They told us about teachers who had been through Burbank schools, or had taught more than one family generation of Burbank students.  They told us about teachers who often dig into their own pockets to purchase supplies, who go the extra mile for their students in countless ways. (“But we do our best to reimburse at least a portion of those expenses,” interjects Dr. Macias.)

Like many who work in Burbank, the District’s teachers go more than a few extra miles in their daily commute.  They are in part the victims of their own teaching success, helping to create a District that helps boost property values beyond their family budgets.

Both principals emphasized how essential their classified support staff is their schools’ day-to-day operations, along with the other support staff.  “The saying ‘it takes a village’ definitely applies for every one of our schools,” remarked Dr. Macias.” “They work very hard, are paid little and would sadly be some of our more vulnerable team members should the measure fail.” added Dr.  Crowther.

Dr. Crowther and Dr. Macias see first hand the toll that tight budgets have taken on teacher morale.  They see the disparity between education achievement well within the top 20% of California’s school districts, and salaries that are 46th out of 47 within Los Angeles County.

The teachers and administrators do deserve kudos. They managed the earlier improvement in quality in spite of lower State funding.  It’s only now that Sacramento is finally funding school Districts at 2008 levels—if you don’t count the pension cost burden that Sacramento shifted to local school districts without their input or consent.  That burden has been steadily mounting since July 2014. By July 2020, it will finally stabilize at an extra $13 million per year.

Since Measure QS’s defeat back in November 2018, the District has been fiscally resourceful in ways never forced upon them before, though some of the fixes are temporary.  This is not the District of the 00’s and early teens, when it had a questionable reputation for handling capital projects and day-to-day expenses.

So why are we insisting that the District commit to “taking it to 10” to garner the 2/3 majority needed for Measure 1?  Surely the District has made a good case that the Measure 1 parcel tax is needed just to preserve the quality gains that teachers have made throughout the District? And surely the teachers have earned a raise, and some good teachers will leave the District if salaries continue to stagnate.

The trouble is, things are still tough all over. Teachers aren’t the only workers who have been paid less than their contributions merit.  Some votes may think to themselves, “At least teachers still have decent jobs and aren’t trying to make ends meet working two part-time McJobs.”  Others will think, “I’ve been doing the work of two for the past five years ever since we got downsized because the alternative is unthinkable.  And I don’t have a retirement plan in my future other than Social Security, heaven help me.”

So what is to be done?  We propose the following bargain:  The voters pass Measure I and the businesses don’t cut back their charitable funding.  In return, the District commits to a have all schools at “10” within, say, four years.  As far as wages and salaries go, the most vulnerable employees get their raise, period.  Keep up the good work.  The teachers get their raise but pledge to be more flexible: some may teach larger classes and others may launch new classes, but all this extra stress is to be in the service of real gains in education quality.  (Also, the teachers get reimbursed for the supplies they need to purchase for their classes.) The administrators don’t give themselves a raise until significant progress toward “10” has been made; that is, after the first or second year.

Parents are willing to make great sacrifices to secure a better life for their children.  Many businesses will tolerate a tax if it delivers real results.

Neighboring Glendale achieved quality results for its schools similar to those of Burbank, but at a cost per pupil $574 greater than Burbank.  Measure I would add roughly $600 per Burbank pupil. The District must embrace the challenge of pledging to use parcel tax revenues to further improve quality, rather than only preserve recent gains.

Otherwise, Measure I may not garner a 67% vote in its favor.  And even if it does, there is a substantial risk that business good will and donations will dry up.

We believe the District is able to rise to the challenge of “taking it to 10.”  If the District clearly states that it’s also willing, then it will have the best odds for getting Measure I passed.

For the sake of some 15,000 Burbank students, we hope Measure I passes.