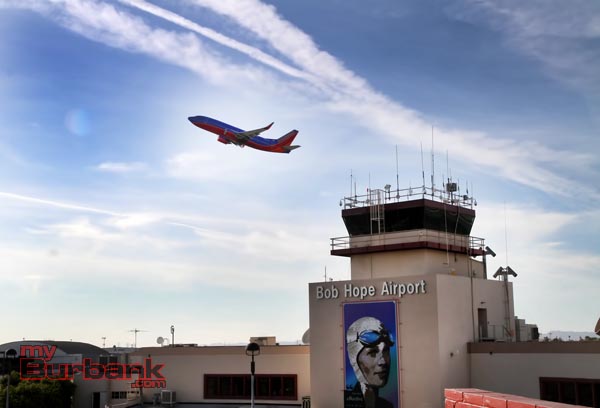 Burbank residents may have an opportunity to hear the latest plans for a replacement terminal at Bob Hope Airport before the end of the year, as talks between city leaders and the group that governs the airport continue.

At the Sept. 24 City Council meeting, it was announced that talks were continuing with the Burbank-Glendale-Pasadena Airport Authority.

Council members have been discussing the plans in closed session after the July 15 joint meeting with the airport authority at the Buena Vista Library.

The July 15 joint meeting marked the first time since November 2013 that the two groups met publicly in what has become a long battle over how to replace the aging terminal at Bob Hope Airport.

Council Member Will Rogers spoke in general terms about the closed session discussions, only saying that the council reviewed the proposal from the July meeting, and sent questions back and that the city was awaiting a response.

“Constructive” was the word Council Member Emily Gabel-Luddy used to describe the council’s discussion, and said the majority of the council wanted to go forward and eventually get this to the public for a vote.

The Burbank City Council must approve the plans, but the ultimate decision as to whether the replacement terminal will be built will be decided by Burbank voters.

Gabel-Luddy said the majority of the council agree on the primary principals of an agreement with the airport, and she hoped for a public meeting before the end of the year.

Built in 1930, the existing terminal no longer meets current seismic standards and some parts of the building are too close to runways and do not meet current Federal Aviation Administration requirements, the airport authority says.

While the planned terminal will be larger, the number of gates stays the same, at 14.

The estimated cost of the project is $300-$400 million, and will be paid for by funds from the FAA.

Pasadena Mayor Terry Tornek, who is also the secretary for the airport authority and represents the city of Pasadena, was optimistic about the conversations with Burbank.

“I think we’ve closed the gap a lot, although there are some remaining outstanding issues,” Tornek said.

Tornek also said it was important to continue pressing forward, especially since an environmental review of the plans would need to take place before the matter went to voters.

“There is a sense of urgency with the airport authority and l think the Burbank City Council shares that now,” he said.

When asked if a public meeting was possible before the end of the year, Tornek’s response was quick and simple: “Yes.”

“Most of the heavy issues are behind us, although some technical issues remain,” Tornek said.