Rand Holdren has had a few days to settle in after recently being named the Burroughs High head football coach.

Holdren, 38, who has coached in recent years at Harvard-Westlake and Alemany highs, will be a head coach for the first time at the high school level. He has picked up a lot in a few days and spoke of a number of things, including what attracted him to apply for the job.

“Community is what attracted me to the job at Burroughs from day one. The city of Burbank itself is similar to where I grew up in Santa Barbara and the sense of pride for home is an attractive trait,” Holden said. “People care about the kids in the community, and tradition means something. That is not the case in other places. A supportive platform to help kids was important for me.  Also being able to have a game on the schedule that has 7,000 fans attending is not something you get at other schools.” 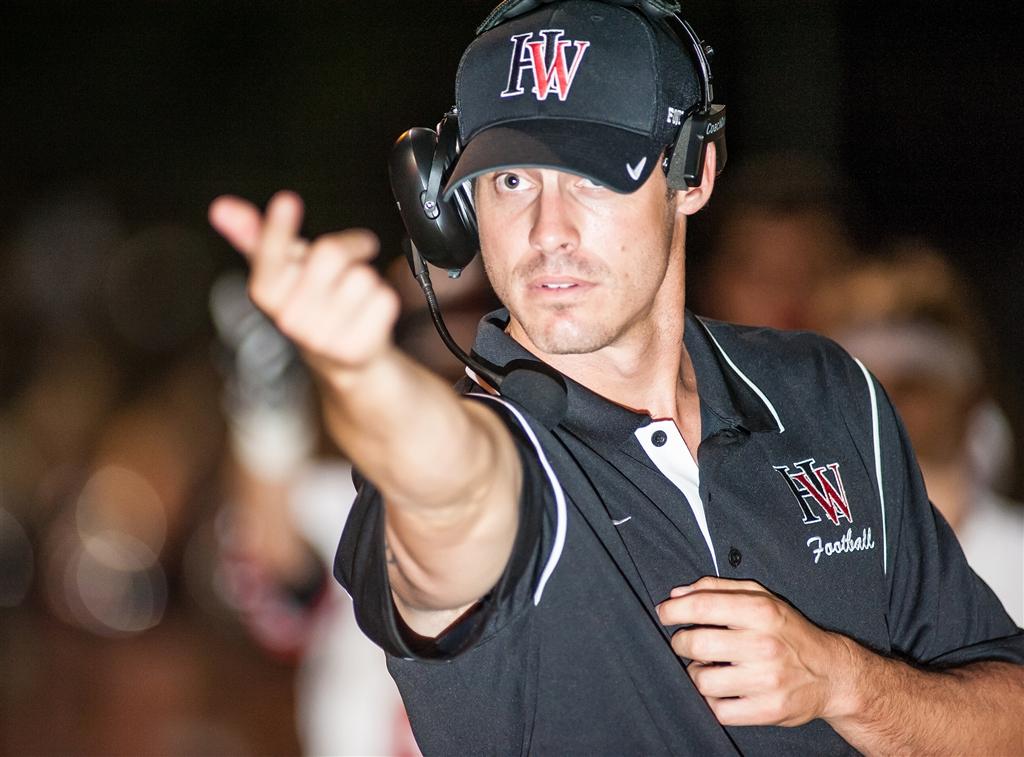 In his short time, Holdren, who played at Southern Methodist University, has also learned of the fine history of the Burroughs program.

“It is an honor to be a part of a program that has a rich history. Furthermore, a lot of the coaches on staff had a hand in that history which makes it fun to hear about,” Holdren said. “It is my goal to use as many Burroughs resources as possible to get us back to that tradition. No doubt there will be some updates, but the tradition will always be represented in one way or another. It is important to me to stay true to Burroughs High School.”

With a background as a quarterbacks coach, Holdren said he doesn’t have a set style as to how plans to set up his team.

“My style will be dictated by what we have. Once I am able to go through spring ball and see the players that we have, then I will have a better sense of what we are going to run,” Holdren said. “Deciding now on how the system will look when I don’t know the pieces would not be a smart choice.”

After the Indians have failed to make the playoffs the past two years, Holdren is hoping to change that.

“My goal for this program is to get it back on top. I want to help kids grow into young men that contribute to society in a positive way,” Holdren said. “The kids here are going to work hard on the field and in the classroom. With that being said, I have accumulated a lot of resources over my years that I intend to use for my players as long as they are putting in the work. Anything good in life is earned and I feel that Burroughs is the best place for me to continue helping the youth.”