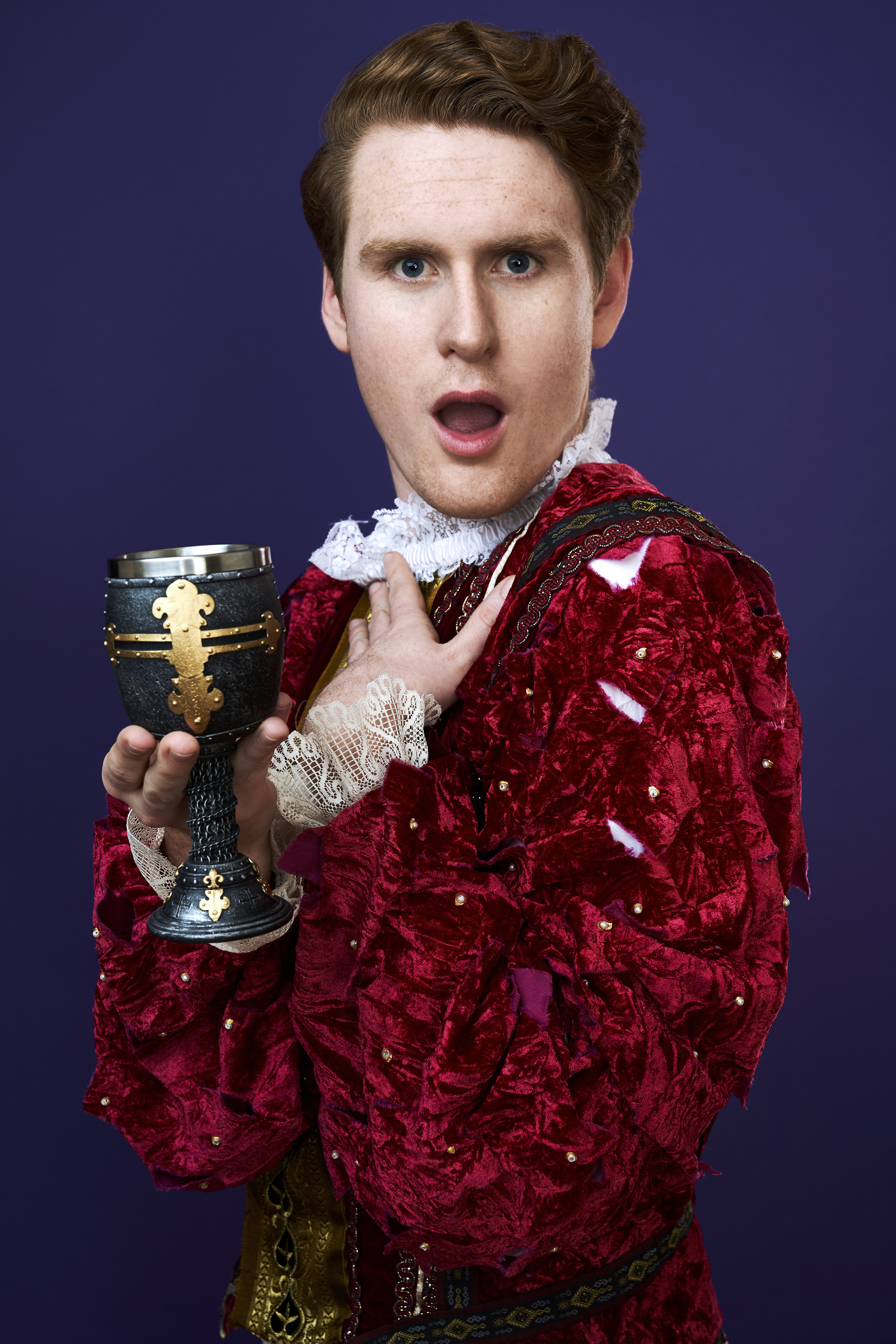 Up-and-coming 22-year-old comedian Noah Copfer, a regular performer at Flappers Comedy Club in downtown Burbank, is taking his act to a virtual format this coming Sunday, May 31.

Originally from Tucson, Arizona, Copfer knew from a young age that performing was a passion of his. His household growing up was one where the arts were appreciated, and as a result Copfer began acting early on in his childhood, which continued into his teen years.

“I acted in high school,” Copfer said. “I always knew I wanted to perform, but in high school, that was when my acting teacher was like, You know you can do this as a job, right? I [had] never seriously considered it.”

Copfer moved to Los Angeles in 2016 to study at the American Academy of the Dramatic Arts and pursue an acting career, but while attending a teacher suggested standup. Although he hadn’t planned on a career in comedy prior to the advice from his instructor, once he tried it he knew right away that he’d found something special.

“The first time I ever did it I had never been that nervous for anything in my entire life, but it was the most addicting, rewarding thing I’ve ever done,” Copfer said. “I got off stage and I was like, ‘How can I do that every day for the rest of my life?,’ and since then I knew that was the thing I wanted to do. It’s just so exciting, the adrenaline rush is unlike anything else.”

Burbank’s Flappers Comedy Club was one of the first places Copfer went to work on material and hone his skills as a comic. The amiable atmosphere Flappers provides has helped him grow and experiment with his choices onstage.

“The amazing part is that this club is so supportive of new comedians,” Copfer detailed. “This business is so cutthroat and you can get put down very easily, but [Flappers is] always encouraging people to try it [and] for new comedians to take risks.The environment just feels very conducive to friendliness and building people up as opposed to ‘Everybody’s in it for themselves.’”

Copfer often uses physical comedy and self-deprecating humor in his performances while talking about real-life events he’s gone through. The sincerity of his material is what connects to audiences who can relate to the first-hand accounts he discusses.

“That’s why I like talking about my life: It’s true, I can be honest about it and talk about my experiences and a lot more people relate to things I’ve been going through or have gone through in my life than I realize,” Copfer explained. “People [say], ‘That happens to me all the time,’ and I’m like, that’s wild. I had no idea. I never put that together really.”

Copfer planned to incorporate this signature style of his comedy into a live show in March, which would have been his first self-produced comedy act in the main room at Flappers Comedy Club.

With new restrictions emerging in wake of the COVID-19 pandemic, however, Copfer’s latest comedy act, “Alpha Beta Comedy with Noah Copfer and Friends,” was cancelled and postponed for months. Now, the show is slated for an online setup at 7pm on May 31. Although virtual shows are a new venture for Copfer, he’s found ways to navigate the current format with the help of Flappers.

“At first this was very much uncharted territory, but Flappers has done an amazing job of making virtual shows run smoothly,” Copfer said. “If you approach it like normal stand up, it won’t work. The timing and vibe is all different. I try and just treat it like I’m making my friends laugh over FaceTime. It helps me relax and the audience as well, it also just removes the awkwardness of doing it online. It goes for anything that if you’re having fun, the audience will forgive any weird circumstances and have fun with you.”

Copfer sees how stay-at-home orders have made a large dent in business throughout Burbank, including not only the comedy world but all local businesses.

“COVID-19 has really derailed comedy and caused it to do a rapid evolution,” Copfer explained. “Live shows are how we make a living, and right now no one is able to perform or tour, so I know it’s hit the comedy community heavy. Burbank, especially around Flappers has a lot of local shops and areas of foot traffic, so since that has been slowed down I know businesses are having a very tough time.”

Although times are tough, comedy provides a chance for entertainers like Copfer to spread laughter and bring joy to as many people as possible.

“These are scary times, it affects everyone,” Copfer said.

“I hope my comedy and comedy in general gives people a way to see that there are things to laugh about out there, and that the good times persist,” he continued. “They may not be able to go out and laugh, but I want to bring that laughter to as many people as possible while we all weather this storm together. Doing the shows online have helped me stay happy and positive, and I hope the people who watch it feel the same.”