The planned route for the connective Bus Rapid Transit system would run along Olive Avenue through Burbank, connecting North Hollywood to Glendale, Eagle Rock and Pasadena. Plans include the removal of parking along Olive Avenue and the creation of dedicated bus-only lanes. 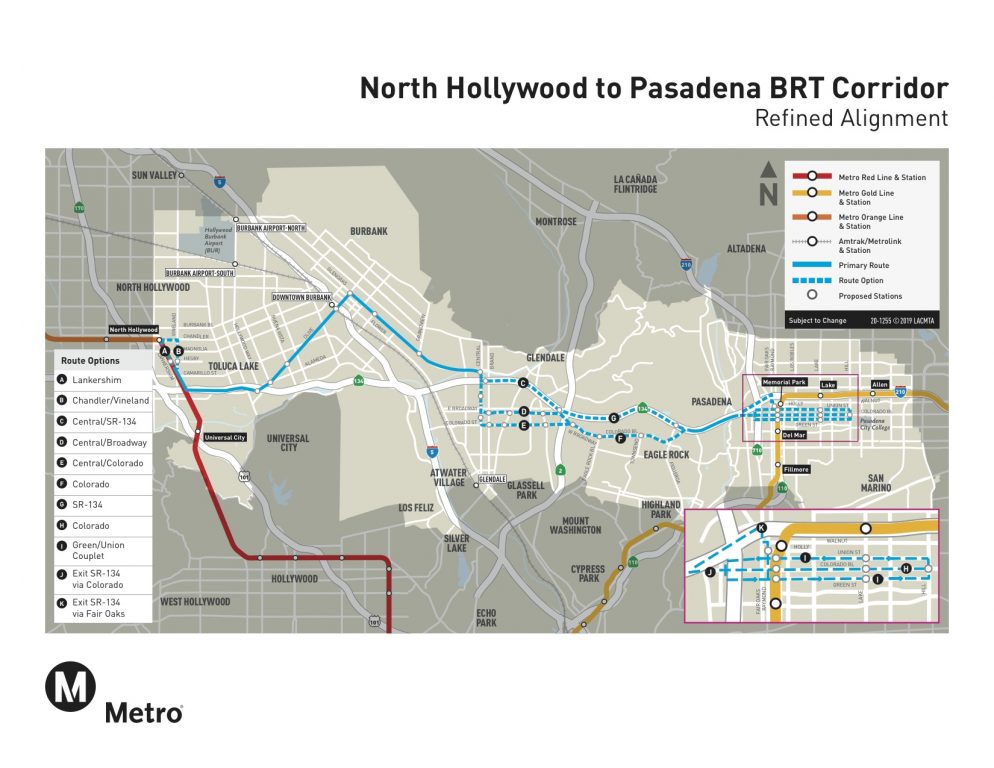 According to Metro BRT website: “The North Hollywood to Pasadena Transit Corridor (NoHo to Pasadena BRT) extends approximately 18 miles and is a key regional connection between the San Fernando and San Gabriel Valleys with connections to the Metro Red, Orange and Gold Lines, as well as Metrolink and other municipal bus lines. The NoHo to Pasadena BRT Project will provide a premium east-west transit service to link key activity centers and improve access to jobs, education, essential services and the regional transit system.”

Information on the project and the compiled responses and information so far are available on the Metro BRT website here.

According to Metro’s Scoping Summary information available online in regards to the Burbank section of the route, from comments received at the Burbank workshop earlier in 2019: “Some community members expressed concerns with the use of Olive and the potential associated negative effects on traffic and parking with dedicated bus lanes; some comments expressed the need to study an alternative to Olive; however, the majority of the comments received for Burbank were in support of the project on Olive, with many mentioning the benefit of a high quality transit connection to Olive’s activity centers.”

“Additionally, some community members wanted to preserve parking and/or reconfigure parking on Olive.”

For those who were unable to attend the several BRT community workshops held in communities impacted by the planned North Hollywood to Pasadena Metro BRT, people can still participate in Metro’s online survey that includes the polling questions and “priority pyramid activity.”

The deadline to complete the survey is Wednesday, January 1. The survey is available online here.