Act I. The Screenplay

In 1985, a young man’s father had just finished building a lakeside cabin in the Canadian woods. It was to be a family retreat, soon to be filled with fish stories and laughter after long summer days on the lake. Then, on the eve of the grand opening, cancer claimed his life.

The young man was SAM ROBERTS, in his early twenties, who was still trying to find his way. He was bartending in New York, hoping to break into acting.  He and his dad had been close. They shared a love for the outdoors and fishing. Now he faced a future without him, and felt the weight of a crushing grief. 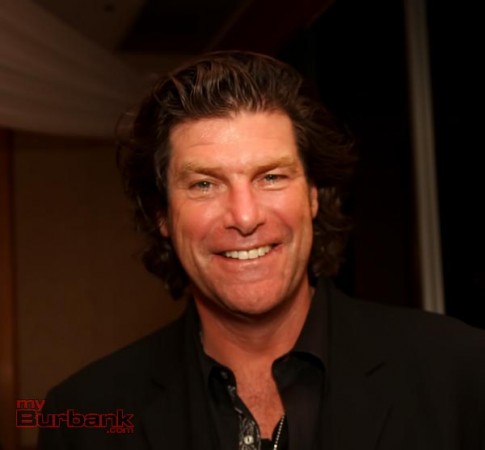 “What I would’ve given if only my father could be with us again, even for a few days in the cabin he’d built for us,” Sam says, sadness marking his imposing face for a moment.

In that mysterious place in the heart where art can emerge from grief, Sam had encountered his own ‘fish story.’ The log line: After his sudden death, a father’s search for heaven brings him back to his distraught family and his wilderness fishing cabin for a few precious days in the body of a wanted man.

Sam started writing. A year later, in 1986, he had completed the first version of the screenplay to A Fish Story.

Sam began making headway in his acting career. Soon the industry zeroed in on his voice, deep and resonant. He did voice over in countless commercials, from Advil to Wendy’s. He moved into on-air promos, notably for TNT Entertainment, NBA ON TNT and the Discovery Channel’s Deadliest Catch.

The years passed, with much to celebrate. But Sam’s inner voice was persistent, reminding him of unfinished business.  “It wasn’t until 2007 that I decided to commit to doing the film,” Sam said. He reworked the script. In 2008, it had garnered five screenplay laurels, including Best Screenplay (Gaia Award) at the Moondance International Film Festival.

If Sam had been looking for an excuse to have second thoughts, the screenplay recognitions closed off that avenue of escape.  He took a deep breath. He was going to make a movie that lived up to what he had written.

Sam asked his lifelong friend MATT BIRMAN to direct the movie.  Matt said yes. Up until then, his wheelhouse had been stunt work and coordination. But he knew how much it meant to Sam to bring this story to life. Like countless filmmakers before him, Sam was pouring his own money into the film, with more than a little help from his friends.

“We wanted to make an ‘old school’ movie, old school style, using 35 mm,” explains Matt. Sam also wanted the movie to be ‘old school’ in another sense: “to be a film with a moral compass.”

Sam succeeded in getting his film company Urban Lumberjack Films off the ground and partnered with Equinox Films to produce the A Fish Story. Filming occurred over a month two years ago, in 2011, with all the usual thousand-and-one brush fires shouting for attention.  Sam offers two examples: “I had to rent all of the camping sites along the lake, and I did an awful lot of rock hopping to find just the right scenes.”

And soon after the movie was ready. A Fish Story was about to face the judgment of a world that still insists on excellence in its entertainment even as it settles for mediocrity in so many other areas of life.

Submitting a movie to film festivals is a gauntlet many aspiring filmmakers never overcome. The Burbank International Film Festival (BIFF) has been receiving ever better submissions over its five-year history. PAMELA VAN ZANDT, BIFF’s Director of Communications, estimates that they accept only one out every six or so submissions.  And more than a few of the rejected films are of high quality. “Jeff [BIFF President/Festival Director] and I really arm wrestled over some of these films,” explains Pam.

BIFF accepts A Fish Story for its 2013 festival. Better yet, it had received BIFF nominations for Best Dramatic Feature Film, Best Actor and Best Actress.

It’s Saturday, September 7 at about 4:50 p.m. at the AMC 6. A Fish Story is about to roll. The theater darkens and we see a gorgeous panorama of Canadian forest, lakes and lake islands country. It seems that the ‘old school’ cinematography is working. Then we zero in on the father (played by SAM ROBERTS) finishing the day’s work on the fishing cabin. The story is now underway. My wife loves it. I love it.

You know, they say that a seamless black dress is one of the hardest things to make. No ruffles, no sashes, no raised patterns to hide the imperfections or distract the critical eye.  A dress like that is either a dud…or it’s dazzling. A Fish Story is the cinematic equivalent of that seamless, dazzling black dress. No sex, no profanity and no violence to distract the viewer from experiencing the deep emotions flowing from fundamentally good people grappling with intense grief.

Everyone in the cast does great job, with two actors in particular having to bear the story’s emotional weight: Eddie and Jayne. 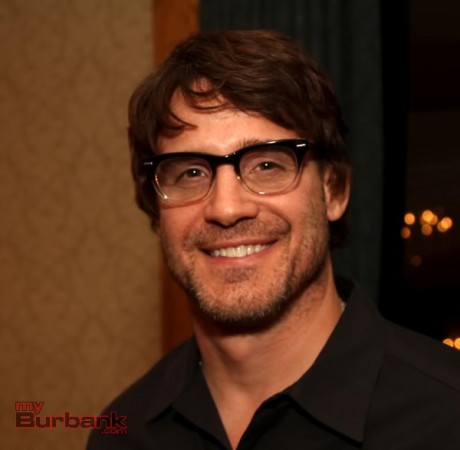 EDDIE McCLINTOCK, Best Actor Nominee, played the wanted man who accidentally caused the father’s sudden death.  Eddie made us believe that his body had been taken over by the father, down to the subtle facial expressions. “I’ve always been into improvisations and mimicry,” explained Eddie after the show. “And I spent a lot of time hanging out with Sam and learning who he is.”

JAYNE HEITMEYER, Best Actress Nominee, gives a luminous performance as the grieving wife who unknowingly encounters her dead husband in a new guise. It would’ve been very easy for her character to descend into mawkishness or numbness. Instead she embodies a character that commands enormous sympathy. 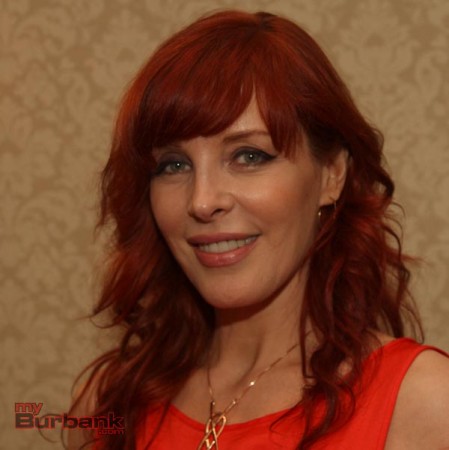 The end credits roll to spontaneous applause from the AMC 6 audience. People are smiling, people are moved. “I really liked it.” “Great job.” Some eyes are visibly red from tears of emotion honestly earned. It seems that A Fish Story has made it into that small circle of family-friendly films that are neither silly nor insipid, but instead truly compelling. A “moving picture” that is “moving” in a far more important sense.

But will A Fish Story and its actors win BIFF’s top awards?

This is one of BIFF’s advantages. It’s in the heart of Hollywood, offering at least the hope that industry movers and shakers will take notice…at least, we hope, for those that garnered the big awards.

The award categories for A Fish Story are near the very end of the ceremony, making the tension all the more excruciating. Finally: 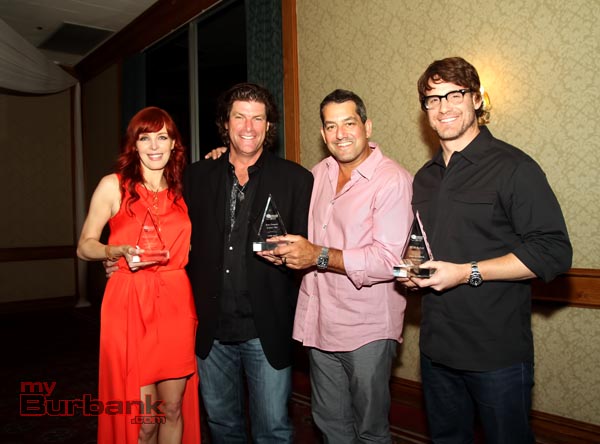 And The Winner is ‘A Fish Story’ pictured are Writer, Lead Actor and Actress,Director. (Photo by Ross A. Benson)

Sam tells the audience “he’s been friends with director Matt since they were teenagers.” Eddie says that Director Matt “explained that they were looking at ‘names’ for the role. So I told him, ‘When you get to the bottom of the list, call me!’ Then one day Matt calls me and says, ‘We’re at the bottom of the list!’” Jayne said how wonderful it was to work with people that were so committed to doing justice to Sam’s story.

More congratulations from well-wishers as their pictures get taken. It’s been a long night for Sam, Matt, Eddie and Jayne, but one with a happy ending.

A Fish Story has attracted industry interest.  There is still a distance to travel before there are firm deals and checks that don’t bounce. The ultimate destination of Sam’s movie lies in the unknown third act of a wider story.

But I’m sure of this: Sam has already succeeded in journeying deep into his own heart, with all its hopes, joys and griefs. And in so doing, he has also journeyed into the heart of filmmaking.

One hopes that is still the heart of Hollywood.