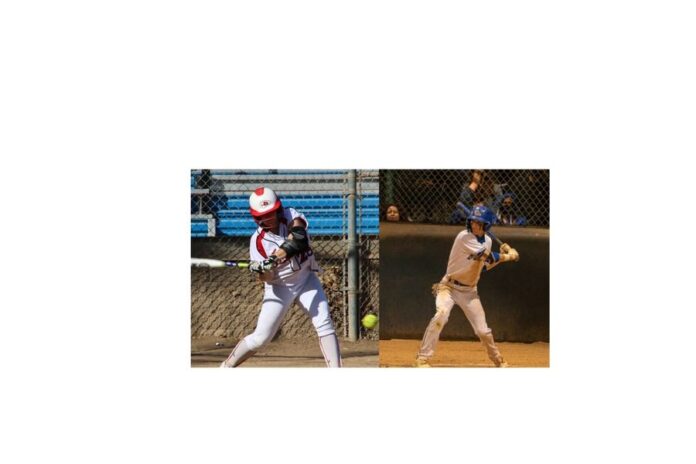 In 1972, Congress passed what has now become popularly known as Title IX, which prohibits sex-based discrimination in any school or any other education program that receives funding from the federal government.

Basically, it means that everyone needs to have the same foundation and advantages, which means that if something is provided for one class of students, in this case, boys, then the same opportunities must also be given to girls.

After decades after what has been the way boy’s baseball and girl’s softball has been administered at the two high schools, one parent of a softball player has had enough. Dr. John Paramo, Assistant Superintendent, Educational Services, said that a parent emailed him. “A parent emailed me several concerns about the softball program during the 2021-2022 school year. The concerns that were brought forward were treated as formal Title IX complaint. Therefore, outside legal counsel examined the merits of the concerns brought forward.”

Presently, both baseball programs have a field on campus for exclusive use, while both softball programs must use public fields and are limited to when they may use them.

Both baseball programs then went into fundraising mode as they added grass to their infield, added snack bars, batting cages, and locker rooms for the players. All of this while the girl’s programs had no say on their field or its conditions.

The situation became even more critical in recent years when both softball programs could not use their home fields as they advanced to higher levels of the playoffs. Burbank was forced out of McCambridge (where they had paid for a scoreboard to be erected at the field) and forced to use Larry Maxim Park, and this past year Burroughs softball was not allowed to use Olive and had to move their game to Valley Park. Both teams lost their games after achieving what they thought was home-field advantage.

Many areas separate the baseball and softball programs that have been left unaddressed over the years.

Paramo said a meeting was called to discuss the process, “We had our first meeting with the principals, the assistant principals, athletic directors, and coaches on Wednesday, August 10, 2022. We will continue to meet. Everyone in the group is committed to finding solutions to make things equal for our female athletes.”

A person involved in the meeting but not authorized to comment told myBurbank that the situation was serious. They said when you look at the two sports, softball has several large disadvantages to the baseball programs.

The person went on the say when it comes to fundraising, baseball has a distinct advantage that they can sell sponsorship signage and hang them on their outfield fences year-round, while if the girls sell any sign, they may only be put up during their games and must be removed as soon as the game ends. Plus, the Burroughs softball team does not even have an outfield fence. Both baseball programs have a dedicated snack bar, complete with refrigeration and storage, which nets large profits, while the girl’s programs are allowed to set up a table at the game with limited supplies that they bring. One other fundraising component the girl’s programs lack is unlimited use of their field, which means they can not run tournaments that can bring in crucial fundraising.

Another issue brought up was the access to locker rooms. While the baseball teams have a dedicated locker room, both softball programs must change at school and then bring their items with them to their fields. If the player does not drive a car, they are forced to leave their belongings on benches in the park.

Field access is also a question. While both baseball teams can use their fields any day or night, including weekends, the agreement the District has with the City gives the girls access to the field until 5 pm, at which time they must leave so City run teams can use the facility. The girls are also given no weekend access.

While the baseball fields have batting cages that can be used anytime, softball players may only use their cages during their practice time, with City teams getting access to the public cages the rest of the time.

Another point raised is that with softball teams off campus, coaches do not have access to administrators, school nurse, or athletic trainers that are located at the school. They have very limited storage for their equipment and items such as a pitching machine or training tools like are at the baseball fields.

Finally, the softball coaches complain that they have no control over their field conditions. While baseball teams can repair and maintain their fields and cover areas with tarps during severe weather, the girls do not get the same advantages. After they leave the field, the City often schedules three games to be played on that field, tearing up some areas and leaving other areas soft, with limited City staff dispatched each day to do some minor work to maintain the field.

So what can be done?

According to Paramo “It is too soon for us to offer solutions. We are working to gather more information.”

To give both baseball and softball equal footing, one person suggested moving all the baseball games to Burroughs and playing all the softball games at Burbank High. This idea was knocked down quickly because of the number of teams, and it would force one school to travel to all of its home games. After both baseball programs fundraised and paid for so much of their own facilities, they would not want to give them up.

Currently, all the District supplies to its sports programs are coaching stipends, and they pay for umpires during the season only, as well as supplying fields or securing City Facilities for each program. In the past, the District has provided laser grading to its baseball field infields. All other supplies, such as baseballs, or softballs, bats, uniforms, and everything else used by the teams, must be fundraised by the programs, which softball people say is getting harder and harder. Estimates are about $50,000 to $70,000 a year must be raised by each program for their operations, including a large percentage of the cost of buses to transport players to games.

One solution is to move the softball programs back to their campuses. This might be a little easier to do at Burbank High since they have a large dirt area south of their football field that is empty. They claim they cannot grow grass there, but they could always turf the field as they did on the football field.

Burroughs might be a tougher problem. There is a definite lack of land, but one solution could be to put the softball field where the tennis courts are now located. School officials have long complained that there is insufficient parking, and the District could find the solution in what they did at Burbank High, where they erected a parking structure at the school and located the tennis courts on top.

Of course, District officials said at the meeting they have no funding available. Although this problem has been discussed in the background for years, no one has ever addressed it.

So when will a solution be found and the situation addressed? When asked when this might be resolved by the Spring when baseball and softball are played, Paramo did not know yet, “I am not aware of any timelines. I have not been given a timeline”.