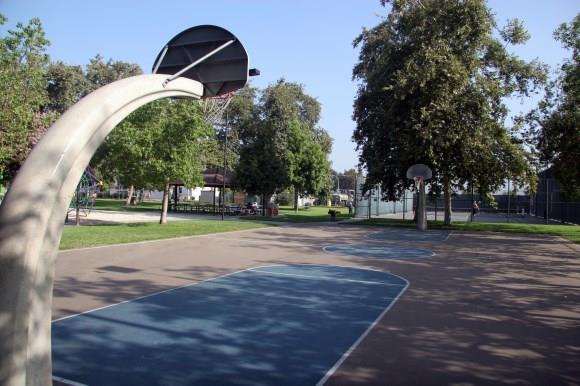 It has been to long of a layoff, so Thoughts from the Bullpen is back!

They say if you ever want to make an investment in something, invest in land.  It’s not a stock or commodity, it does not disappear, it is something tangible. Land is infinite and will always be there.  In the eight square miles of Burbank there is only so much land…and so little of that is park land.

Our City Council is taking up the issue of park land in Burbank. This issue has come to the forefront because the Boys & Girls Club has outgrown their facilities and would like to build a $4 million structure in Larry Maxam Park (formerly known as Pacific Park).

According to the City of Burbank, the City currently provides three acres of open space for each 1,000 people with their goal to be five acres.

With new projects such as Talaria, which has already been approved and a new large scale housing project that has been discussed for the present Ikea site, resident numbers can only go up.

Open space and green grass is what makes up a park. Besides the amount of space a building would take up, there is also the immediate area around the building (walkways, fencing, etc.) that also take up room.

This issue is NOT about the Boys and Girls Club, this issue is about parkland in Burbank.

Yes, other areas in Burbank parks have been sliced up and developed. The Tennis Center in McCambridge, the Roller Hockey Ring in Foy Park to name a couple. There is also other development in parks such as a Theatre and Museum in Izay Park, community and senior centers, basketball, tennis and softball fields.  While those have taken up space and reduced green grass, they also provide a direct benefit to the community as far as physical fitness of both the mind and body are concerned. Any member of the community may use any of those facilities by getting the proper permit at anytime.

While the Boys and Girls Club is a nonprofit organization, they are designed to help children only which means they are excluding many to the facilities that is on public land.

Also, in this instance, the area they would like to use has other considerations.  To start, it is in a residential neighborhood. The park does not offer a lot of parking. There is usually just enough for the participants of the softball field which very little left over.

While their intentions are honorable, many use the Boys and Girls Club as an afternoon day care. In the late afternoon, many parents will be driving into the neighborhood to pick up their kids, creating an unwanted traffic and potential illegal parking situation.  You also have employee parking issues as well as company vans that would need parking.

Besides quality of life issues for people that live near the park, there is also the question of what happens when the next nonprofit wants their pie of the pie (I mean the park!), Are we going to start giving away pieces of Carson Park or Mountain View Park? Giving groups permanent usage of a public park is a bad idea.

Of course, you can always rent-a-park. If you would like Maxam Park, the City has a rate sheet for anything you can think of. (Maxam Park rental rates).

Our City Council is going to take up the procedure of how to give away park land to groups. They are trying to figure out if a super majority 4/5 vote should happen or if it should go out to voters. While the thought is nice, they have to realize that they (and us) are the custodians of the future. It is up to us to not only enjoy that open land but to protect it for our future generations.

It’s all about land, the public’s land.