This week, an abstract sculpture which appeared outside Ikea has been turning heads and gaining attention for its phallic shape.

Ikea reportedly commissioned the piece which is said to be part of a larger art installation coming soon. However, the furniture retailer has not commented on the design’s intent, or what to expect from the completed installation. 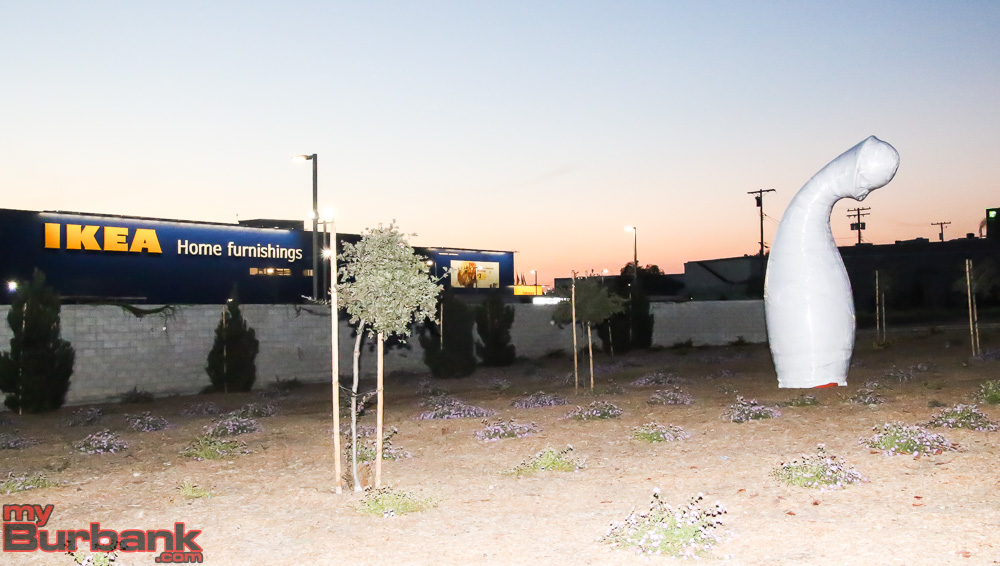 “I want to know what @ikeausa thinks the sculptor was intending. What was their point with this ‘piece of art?’” tweeted @AlyseCourtney7.

Based on Twitter threads, many locals agree that the statue is a bizarre and inappropriate addition to Ikea.

“They paid MONEY for this? I may not know art – but I know UGLY garbage when I see it!” tweeted @LENNONPhotos.

Although the sculpture is stirring up controversy from residents who want answers, others have taken to laughing it off.