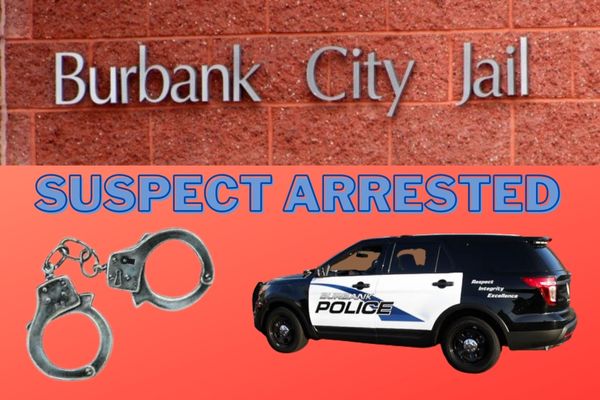 Burbank police arrested an 18-year-old Burbank man who they accuse of deliberating setting three fires in bushes next to vehicles and homes this past week in Burbank.

Burbank resident Cyrus Hernandez was arrested and booked for arson, a felony, and is currently being held in lieu of $750,000.00 bail.

On Friday, July 15, at about 9:13 p.m., Burbank fire received a call of bushes on fire next to a home on the 1700 block of Chandler. Upon arriving on the scene, there was a concern that the fire may spread to the house, but quick work by firefighters prevented further damage.

Eighteen minutes later, at 9:31 pm, firefighters received another call of a vegetation fire in the 700 block of Parish, which they quickly responded to and were able to put out the fire before it spread to the house. At this time, they called for Burbank police to respond since both fires were suspicious in nature.

On Saturday night, the fire department responded to another vegetation fire at 11:33 pm in the 1300 block of Chandler. Once again, firefighters were able to arrive quickly and put out the fire before it did any further damage.

Burbank police sent out a release on Friday that said, “Investigators conducted a thorough investigation, which included speaking with witnesses, canvassing the area for evidence, and the collection of surveillance video. During the criminal investigation, a suspect was identified, and detectives subsequently obtained a search warrant for his residence and vehicle.”

Police say they found and arrested Hernandez just after midnight at the Empire Center on Friday, July 22.

Formal charges are pending review by the Los Angeles County District Attorney’s Office, with Hernandez due to appear in court on July 26, 2022.

Police are continuing their investigation and ask anyone with any information about these fires to call Detective Kristiana Sanchez, at (818) 238-3210.