A 34-year-old man from Glendale was apprehended Thursday afternoon after leading Burbank Police on a short pursuit.

On January 30, 2020, at about 1:30 P.M., a Burbank Police Officer contacted the driver of a vehicle for a parking violation in the 200 block of West Elm Avenue. As the officer spoke with the driver, she felt he was possibly under the influence of narcotics, based on initial observations. During the contact, the driver suddenly rolled-up the vehicle’s windows, locked the car doors, and fled. 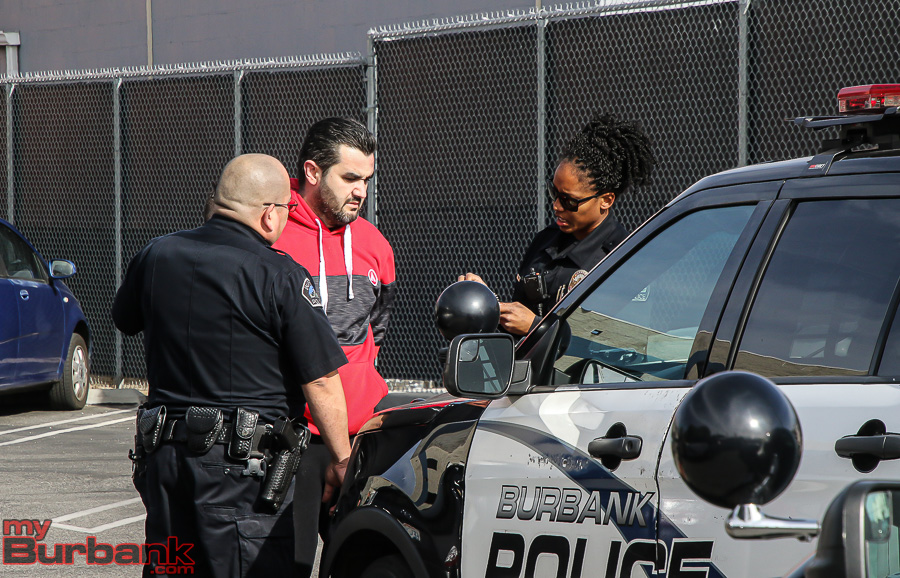 The police officer quickly broadcast information to other patrol units, which allowed our Joint Air Support Unit to locate and track the suspect vehicle from overhead. Police Officers initially pursued the vehicle on the ground but discontinued the chase once speeds became excessive, allowing the police helicopter to follow the suspect from the air.

The suspect committed numerous traffic violations and drove at unsafe speeds, but remained within Burbank city limits the entire time. At about 1:45 P.M., the suspect pulled into a parking lot in the 400 block of Moss Street and came to a stop. Police Officers approached the vehicle and took the suspect into custody.

The suspect has since been identified as Yegia Zakaryan, a 34-year-old resident of Glendale. Zakaryan was in possession of several bindles of heroin at the time of his arrest. He was booked on suspicion of evading police and possession of narcotics for sale, as well as an outstanding arrest warrant for drug possession out of Los Angeles.

Zakaryan has since been released from custody after posting a $110,000 bond.