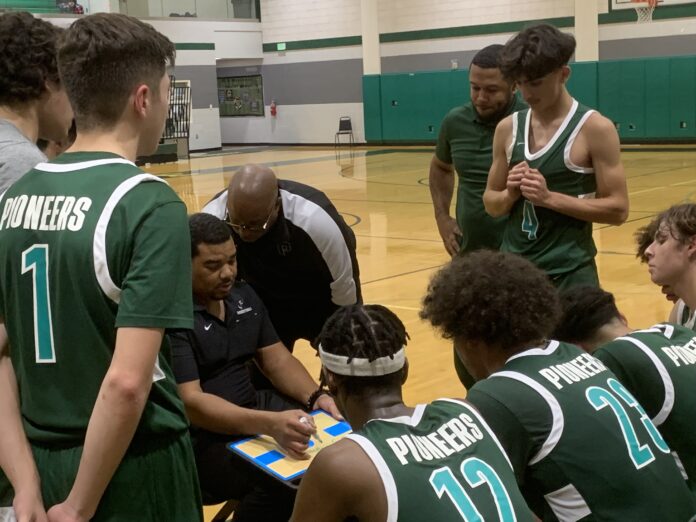 There are no weak teams in the 33rd annual Paul Sutton Tip Off Classic at Providence High.

The host Pioneers were pushed to the limit against by former Liberty League opponent Oakwood, rallying to a 61-57 victory Tuesday night in their season opener.
“I wasn’t surprised at all. Oakwood is very well coached. They are fearless. They have a collection of guys that are highly skilled and make really sound basketball plays,” Providence coach Anthony Cosby said. “We have to be better at making adjustments based upon what we see on our scouting report.”
One of the problems Providence was presented with was stopping Oakwood sharpshooter Hayden Suslow.
Suslow hit four 3-pointers and finished with a game-high 28 points.
Oakwood as a team hit five 3-pointers in the second quarter alone.  Assisting Suslow was Owen Sacchi, who finished with 12 points, all of which came from long distance.
Providence trailed 34-28 at halftime.

The Pioneers were able to close the gap slightly, but Oakwood gave itself a huge momentum surge when Wes Spivak hit a jumper at the buzzer to end the third period and break a tie.
But Providence junior Julian Thompkins came up big in the second half, when he scored 17 of his team-high 24 points.
Thompkins hit a 3-pointer with 3:04 left to play to tie the score.
Senior Kaiden Fine hit a pair of free throws with 2:07 to play to put Providence in front.
Oakwood did not go away though, as Sacchi hit a 3-pointer with 13.5 seconds left to make it a two-point game.
But Fine, who finished with 12 points, knocked down two free throws to push the game back to a four-point advantage with 11.7 to play.
Jalen Thomas had 13 points for the Pioneers. Max Hudnall finished with nine points and Jacob Arias had three points.