Providencia Elementary became the second school to unveil a Buddy Bench on Friday and it was truly a team effort. 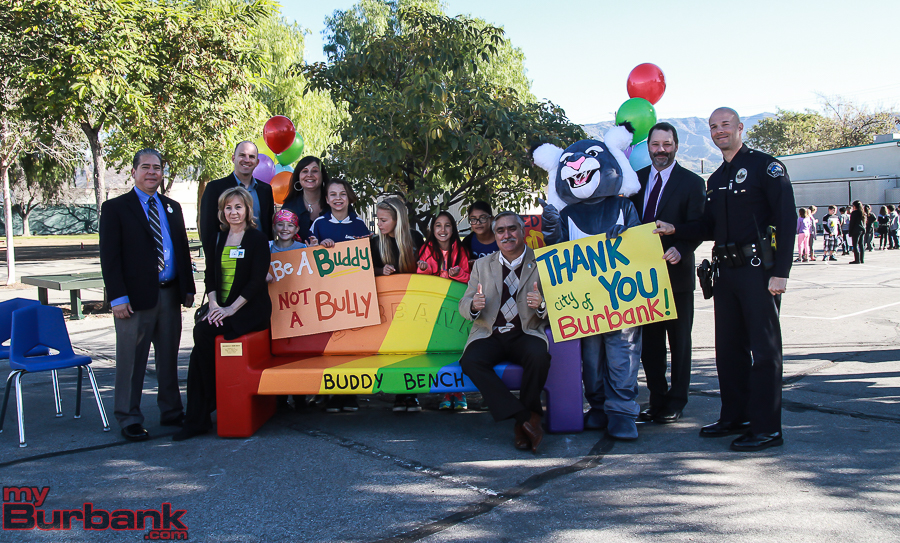 The Student Council set the plan into motion, the Burbank Public Works Department donated a surplus bus bench, city employs brought it to the campus and a local artist donated paint and worked alongside Student Council members to help apply the hues in a rainbow pattern.

Principal Jen Culbertson and the entire student body welcomed city and school officials as well as parents to the ceremony on the playground. Making a special appearance was school mascot Paws — a friendly Panther. 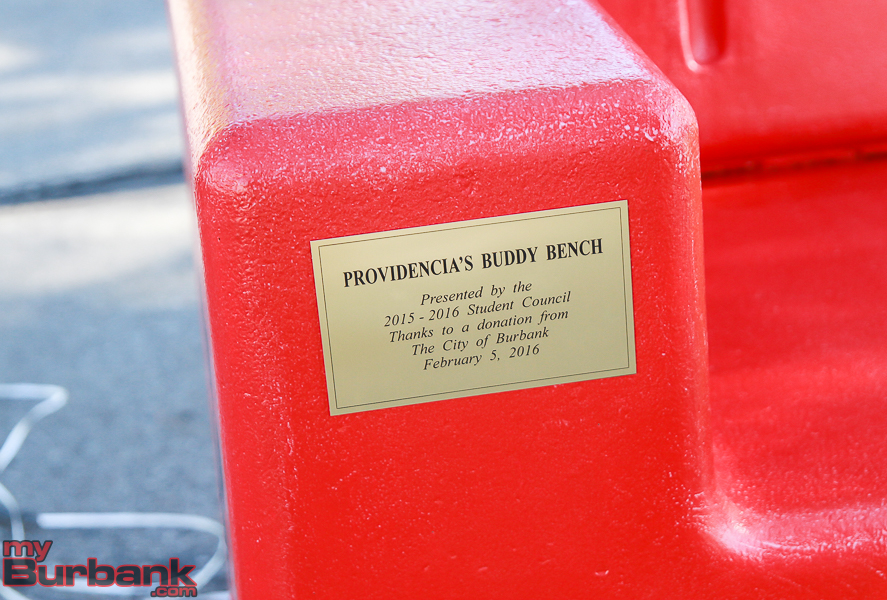 A Buddy Bench is a place on the playground students can go to if they are feeling lonely, need someone to play with or just need a friend, said Rachel Little, president of the Student Council.

“When we see someone sitting on the Buddy Bench, it is our job as peace builders to go and invite them to play with us,” Rachel said.

In her speech, Rachel thanked Public Works Director Bonnie Teaford and the city manager’s office for donating the bench; city employees Bill Parish and Brad Taylor for bringing their crew to deliver and set up the bench; and local artist Paul Barach, whose son graduated from Providencia, for donating the supplies and working with the kids to paint the bench.

“One of the Student Council members mentioned that this is our legacy to the school. I hope that it is and that the bench helps people feel happy and helps them make friends for a very long time,” Rachel said. 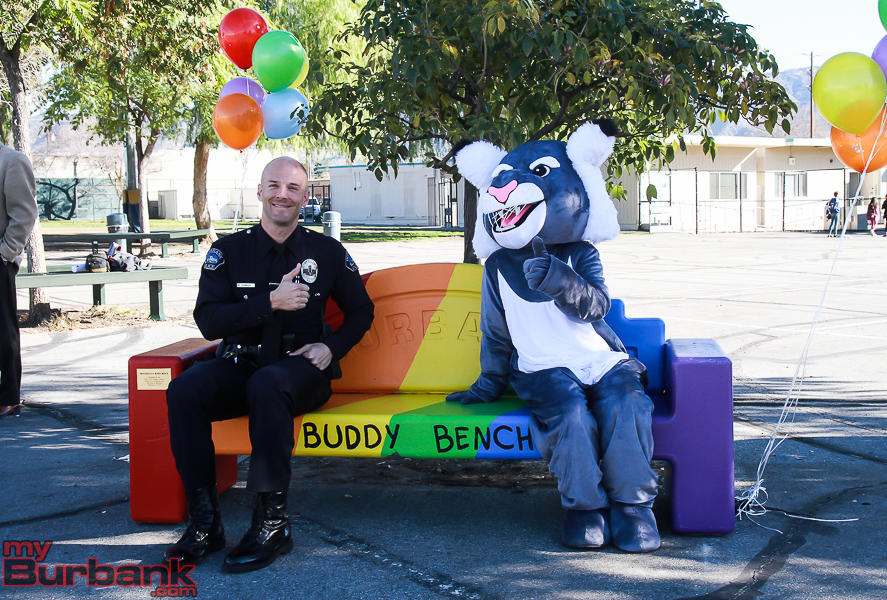 The idea came to Rachel after she saw a story about the Buddy Benches on a morning TV news show, said Lori Little, Rachel’s mother.

When running for Student Council president in September, Rachel told fellow students in her election speech that she thought it was important to bring a Buddy Bench to the campus.

Principal Culbertson said she was proud of Rachel’s suggestion and was impressed that the project was student driven.

“The completion of this project by the Student Council really speaks well of how much our students care and just their level of compassion and empathy for other students, so it was quite impressive,” she said. 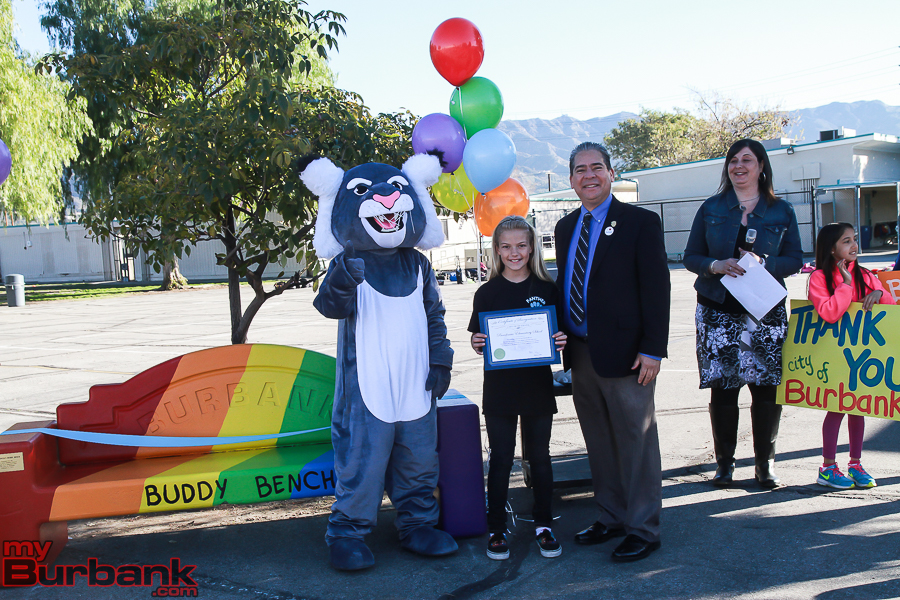 Burbank Mayor Bob Frutos presented Rachel with a proclamation from the city of Burbank.

“As president of the student body, you and I have a lot in common,” Frutos told Rachel. “You represent the student body. You listen to the student body and move forward with a great idea. That’s kind of like what I do as mayor. I listen to the community and I make decisions based on the best ideas. So to honor you on behalf of the entire Burbank City Council I have a proclamation for you to show our support.”

Public Works Director Teaford had a schedule conflict and couldn’t attend the unveiling ceremony but said in a phone interview that Rachel wrote her a very nice letter explaining the program and why she thought it would be good for her school. Teaford called Culbertson to make sure she was on board with it.

“What a great program it is,” Teaford said. “I’m very impressed. 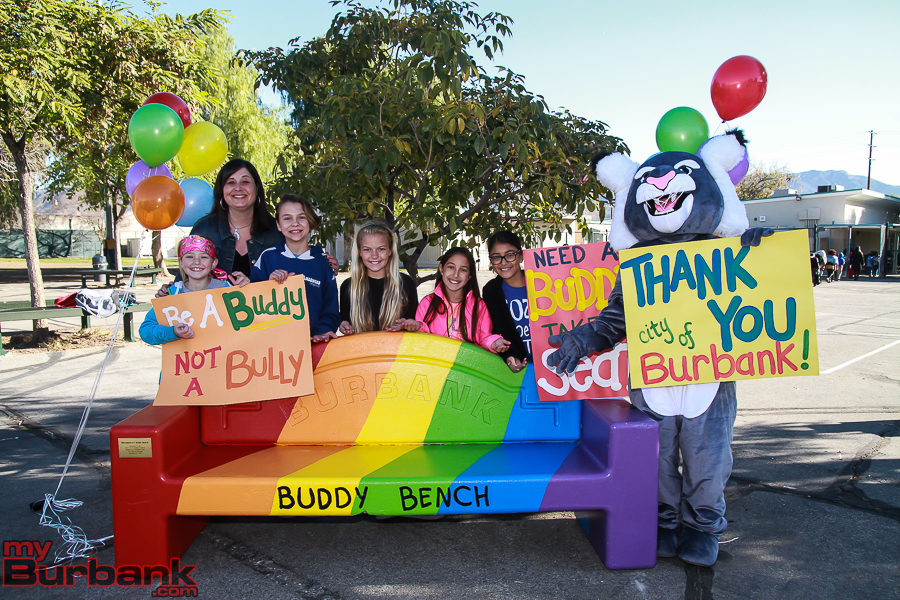 The concrete bench was in storage at the Public Works yard. It was removed from a bus stop about 10 years ago and replaced by the new metal-style bench, she added.

“We have an administrative policy in the city that allows us to donate surplus materials to nonprofits or public schools with the okay by the city manager, which we have,” she said.

Working with Providencia Elementary School on this project was so much fun, she added.

“It took just a tiny bit of our staff’s time just to transport it because the school didn’t have any way to do that,” she said. “We would have had to transport it to a landfill or concrete recycling facility so it’s much better to see it being reused.” 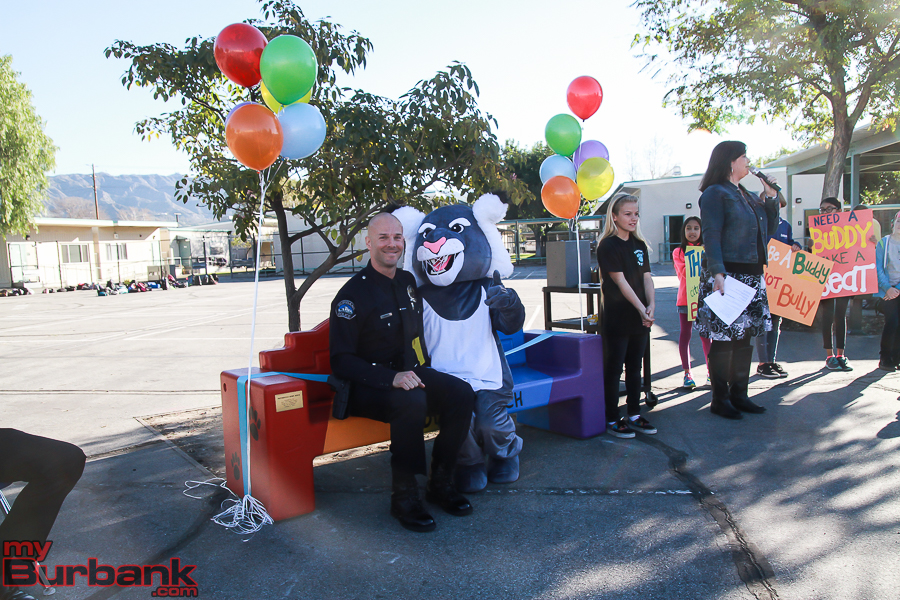 Kendrick said the Buddy Bench is a great idea on campus, but when they away from school, and they are hurting, they need only turn to their parents, teachers, police officers or mayor to receive help. 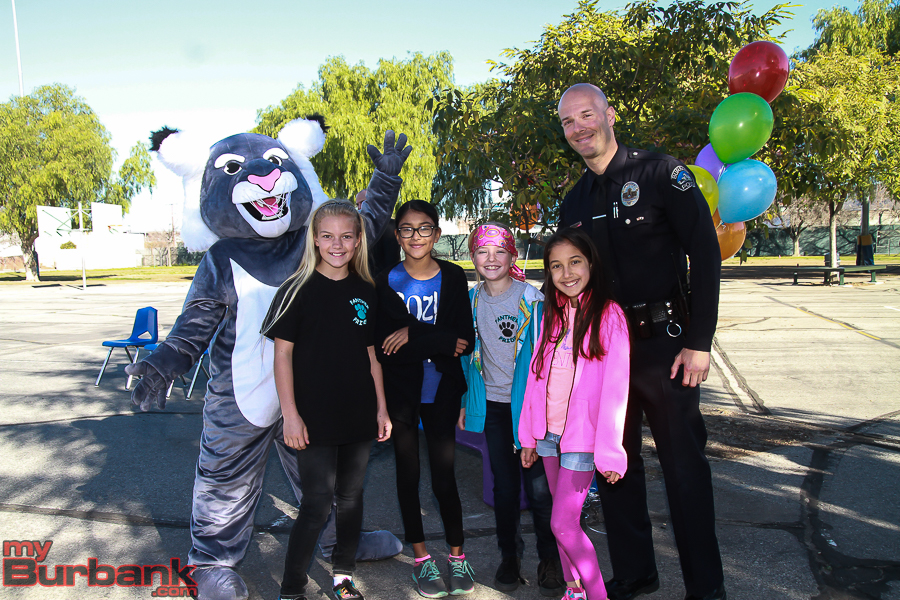 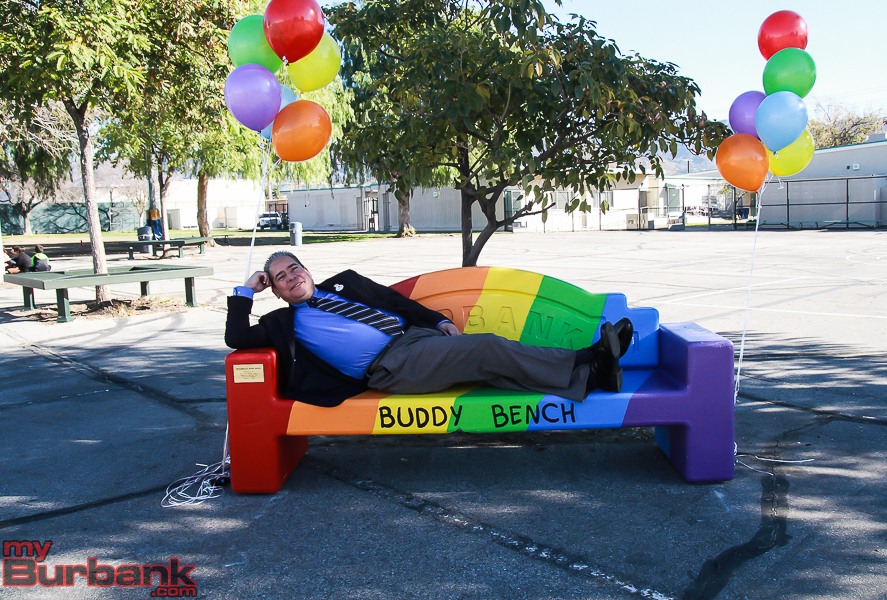