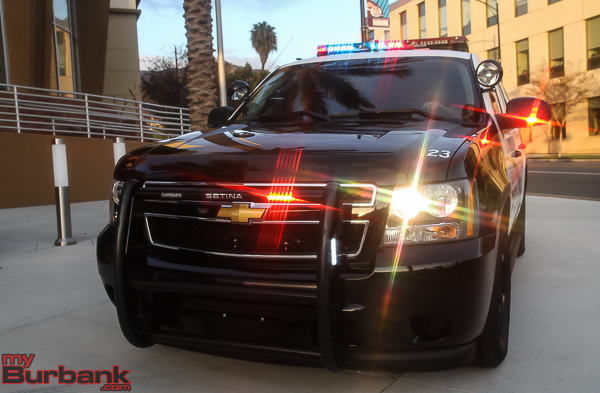 Last week,  a woman sitting inside of McDonalds, located at 2565 Hollywood Way, saw a man enter the restaurant and stole her purse. The victim’s purse was sitting next to her at the time it was taken.

The victim chased the suspect as he ran towards the exit and struggled with him in the doorway, although the suspect was able to overpower the victim and fled with her purse to a vehicle nearby. A witness obtained a partial license plate number and a description of the suspect and the getaway car.

Within a short period of time, the suspect attempted to use one of the victim’s credit cards at a nearby business.

Investigators learned the suspect’s vehicle was a rental car recently leased to a NAME REDACTED, 29, of Los Angeles, who was on probation for robbery.

On January 20, Burbank Police Investigators went to NAME REDACTED residence and located the rental car. They contacted NAME REDACTED at his apartment, where they found the victim’s driver license, social security card and several of her credit cards. NAME REDACTED was placed under arrest for robbery.

On January 24, the Los Angeles County District Attorney’s Office filed one count of robbery and one count of identity theft against NAME REDACTED. He is currently being held in-lieu of $75,000 bail. His next court date is scheduled for February 8.

The victim’s purse has not been located, with NAME REDACTED telling investigators he discarded the purse shortly after the robbery.