UPDATED 9/8/18 at 1:00 pm – The suspect who was driving has been identified as William Robinson, 58 of Burbank and the passenger was Justine Graves, 40, of Burbank. Robinson was charged with felony evading from the pursuit while Graves was charged with possession of drugs. 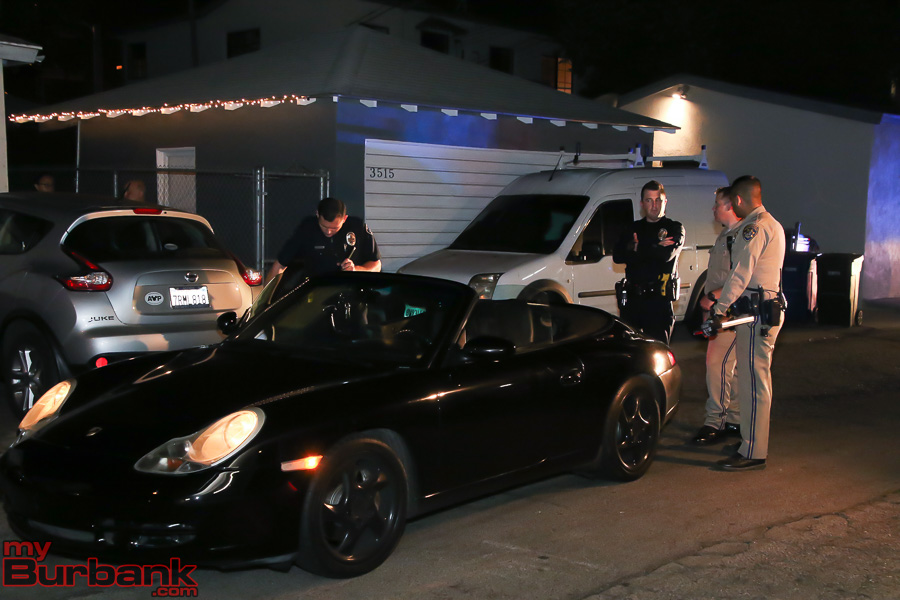 Police examine the Porsche Photo By Ross A. Benson

Burbank police had to wait around awhile but what started in Burbank, ended in Burbank when a Porsche driven by a possible Burbank resident was pursued through Los Angeles and Orange Counties. 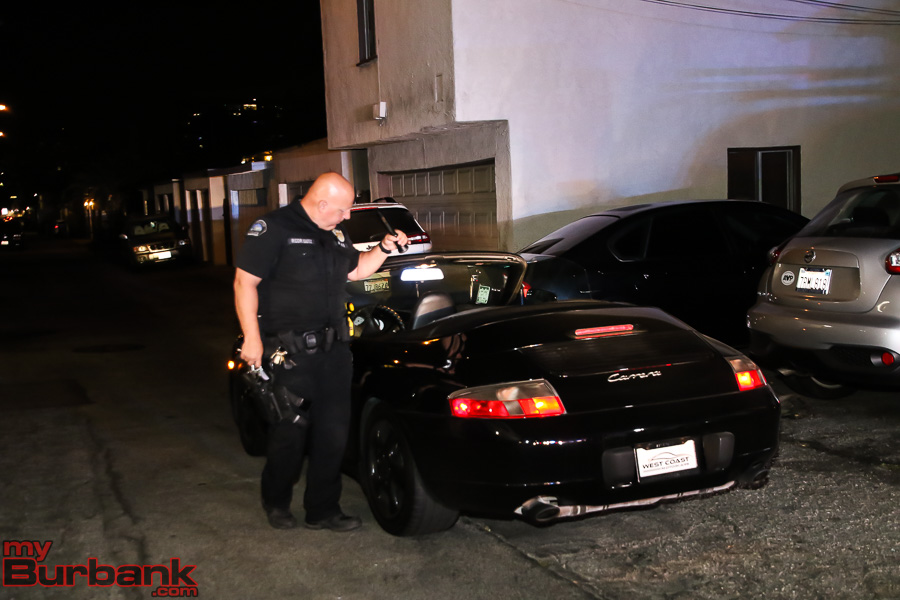 Burbank police first spotted the Porsche around 7:54 pm with ‘paper’ (temporary) plates and started to follow it. They first tried to pull over the Porsche around Evergreen and Riverside Drive but the driver failed to yield so a helicopter was called on for support. The Porsche traveled into Toluca Lake where the police helicopter noticed it was traveling in the wrong lanes of traffic and now had a reckless driving charge.

The driver proceeded down to the 101 Freeway at Lankershim and got on the freeway. A Burbank unit followed and the helicopter remained overhead, arranging for CHP to come and take over for Burbank.

It was about at Vermont that CHP took over and a pursuit started. Burbank pulled off and waited to see the result, as CHP would stop the vehicle and Burbank would take the suspect back into the city. 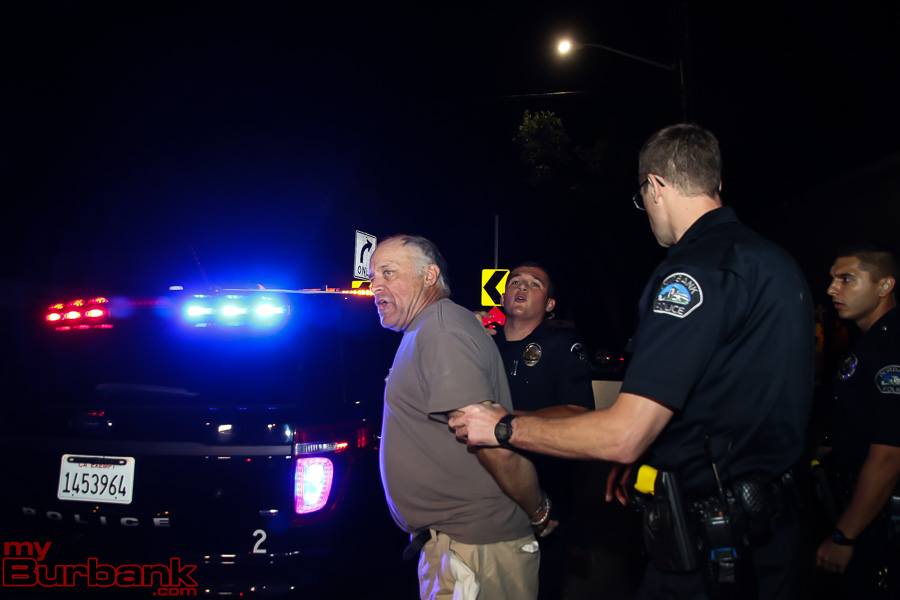 Suspect taken into cusody Photo By Ross A. Benson

The pursuit went over Los Angeles and Orange Counties with the male driver giving the middle finger to CHP units. A female passenger in the car made many suspicious movements while the pursuit was taking place.

It was after 10 pm that the pursuit made it’s way back into Burbank with the suspect coming over Barham, down Olive and made a left on Hollywood Way.  They proceeded down to Oak where the made a right and then a quick right on Cordova, going down to the alley. Once they went left into the alley (north of Alameda) they both left the vehicle without putting it in park and tried to run into what is thought to be their apartment.

CHP quickly ran after them and put them into custody while their Porsche rolled down the alley and struck the rear of another vehicle. 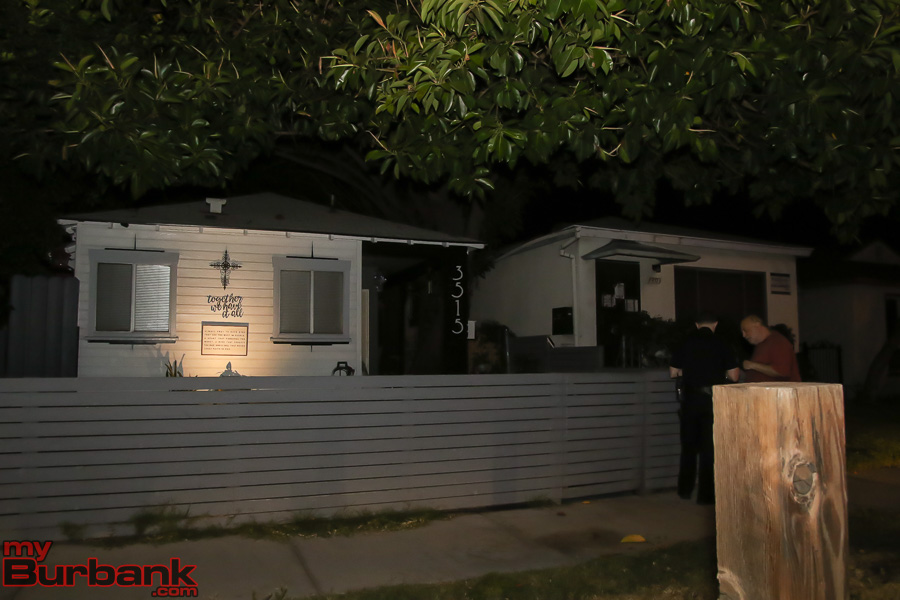 Front of apartment where suspects tried to enter. Photo By Ross A. Benson

CHP officers turned both suspects over to Burbank police who took them both into custody. Their vehicle was impounded.

There will be many charges now besides the reckless driving. They will include failure to yield and as the pursuit was going on, officers gave play by play over the radio of every traffic offense that was committed. They will now go back and also add all of those violations.

Officials have not released their names at this point. 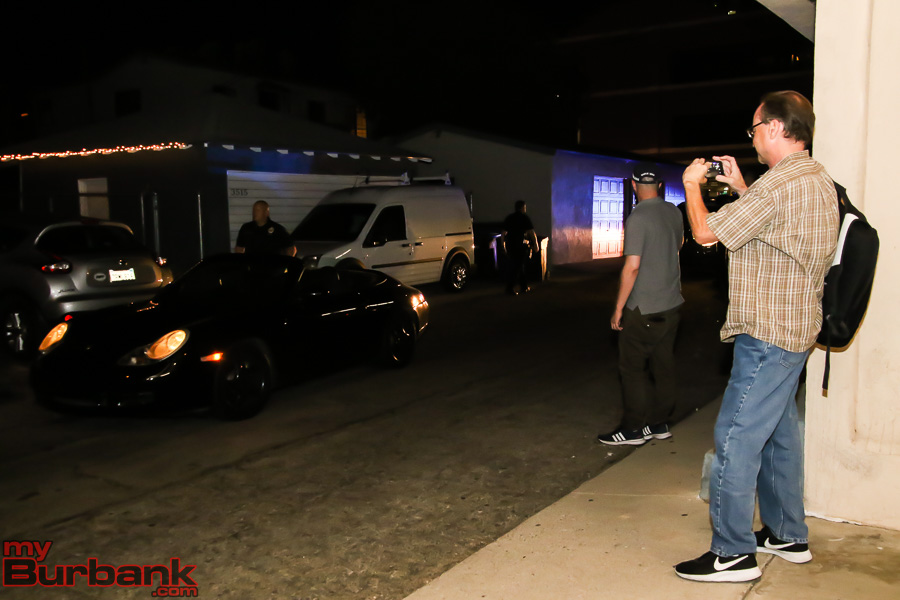 Tim Conway Jr. was on hand reporting the action. Photo By Ross A. Benson 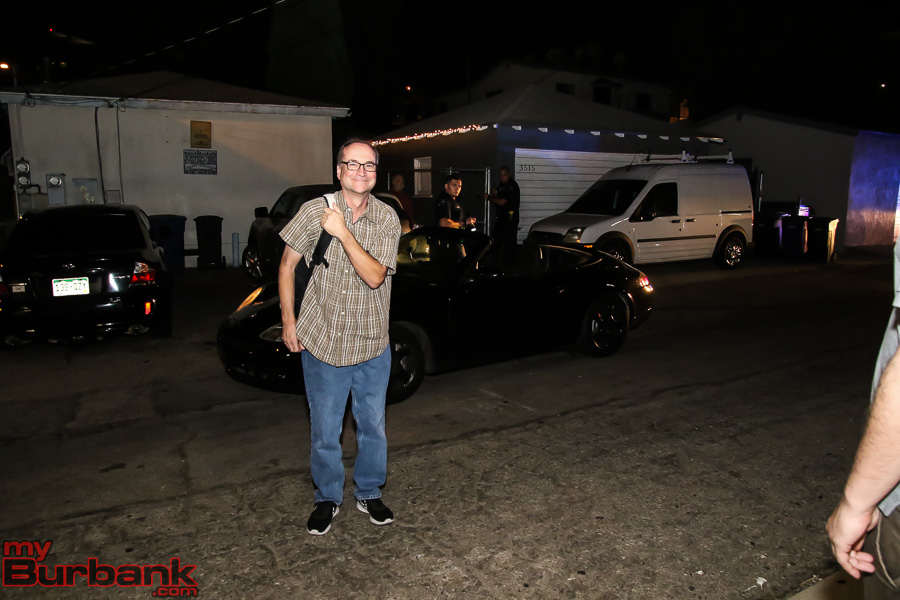 Tim Conway Jr. does more than just talk on KFI, he also gets in the field to cover action. Photo By Ross A. Benson 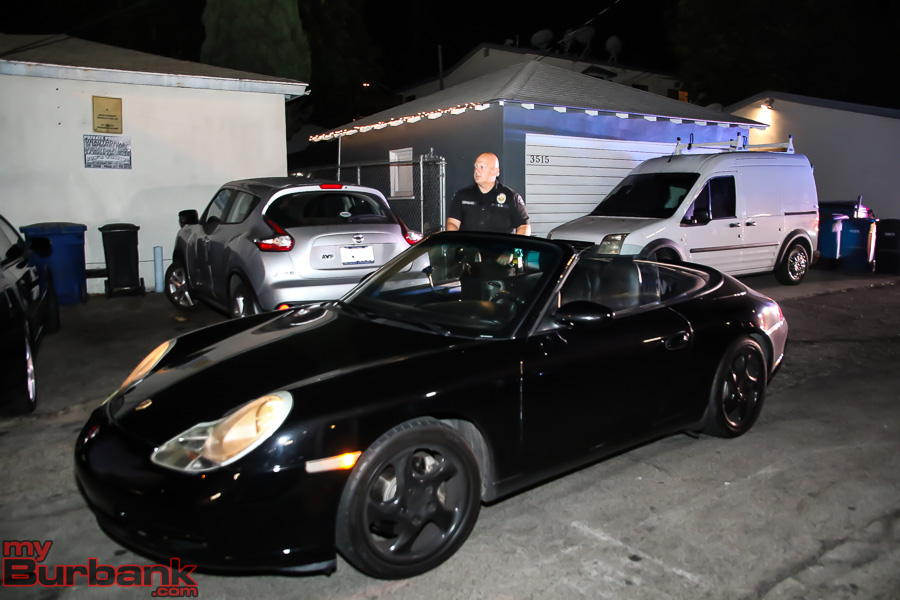