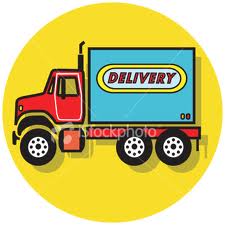 On November 12th Burbank Police officers responded to the area near Kenneth Road and Delaware Road after being advised a VW Jetta was seen following a UPS delivery truck.  Officers stopped the vehicle with two occupants, and during their investigation found several cardboard boxes within the car, with shipping labels.  Officers determined the occupants were following the delivery truck, and taking boxes from unoccupied residence doorways and porches.

The result of the incident was an arrest of one juvenile and one adult who were observed stealing the packages from porches.   Sgt. Darin Ryburn of the Burbank Police Department noted there were several thefts of packages from residences reported in November.

Burbank residents can help protect themselves from package delivery theft by following some simple guidelines.  The Burbank Police advises one method in preventing mail theft is to have your neighbors, ones that you trust, gather packages that are delivered while you are away from your residence.  In addition, the post office or delivery companies can have your mail/packages kept at the main office for you to pick up.

Sal Basset from The UPS Store on the corner of Buena Vista and Victory in Burbank continues that “many delivery companies will drop off a package without asking for a signature.”  While drivers have some discretion in dropping packages at unoccupied residences, they will generally make the drop in an effort to expedite their deliveries.

Basset continues that companies such as UPS give customers the option of having their package delivered to their local outlet or franchise store.  However if you are waiting for a package delivery, Basset notes the best choice is to track the delivery online, and try to ensure somebody is at home waiting for the shipment.

If you do see any suspicious activity, the Burbank Police suggest getting as much information as possible, such as suspect descriptions, times, vehicles, license plate numbers, or other information and call the police at 818-238-3000 or 911 for an emergency.

Burbank Community Comes Through with Toys, Food, and More for the Holidays