Roosevelt Elementary School’s Hula Club took its final bow on Thursday, April 2, with most of the school’s fifth-graders performing Hawaiian dance and  song in what had been an annual tradition for the past 13 years.

Current Roosevelt Curriculum Specialist Tiffany Kaloustian, who had been a fifth-grade teacher at the school, began the Hula Club her first year teaching, in 2002. Kaloustian, who was born and raised in Honolulu, Hawaii, found her students were interested in learning more about her Hawaiian culture and background. 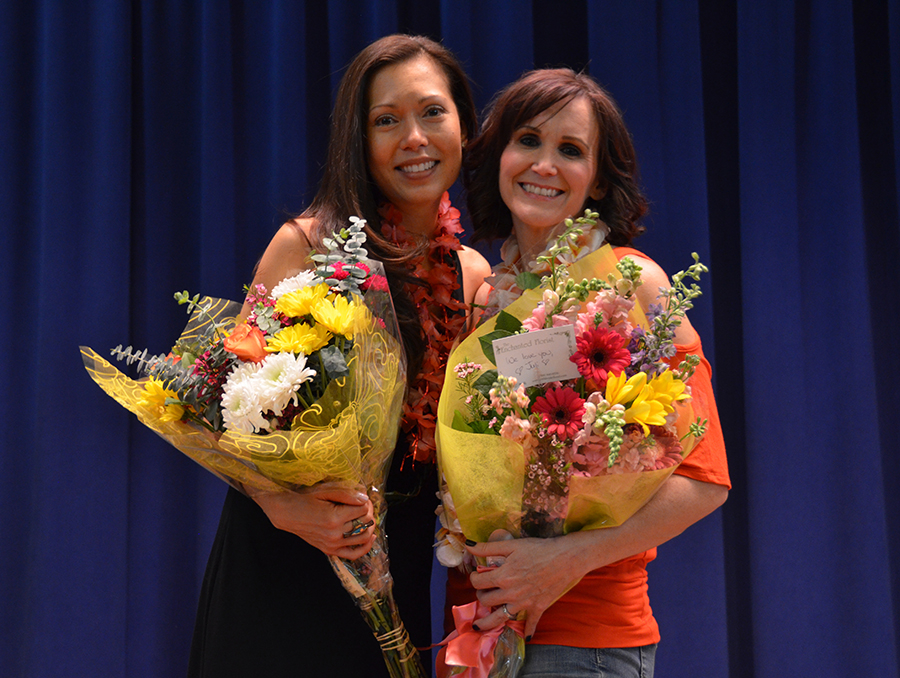 Kaloustian was inspired by her father, who passed away a few years ago, to begin the Hula Club and share the spirit of Ohana, a Hawaiian term for extended family both related by blood and created by intention. Kaloustian’s father even made the Volkswagen bus prop used in past programs.

Over the years the club has grown to encompass almost the entire fifth grade. In past performances, a giant volcano prop dominated the stage. This year’s luau included the requisite volcano as a smaller decoration and the students filled the stage. 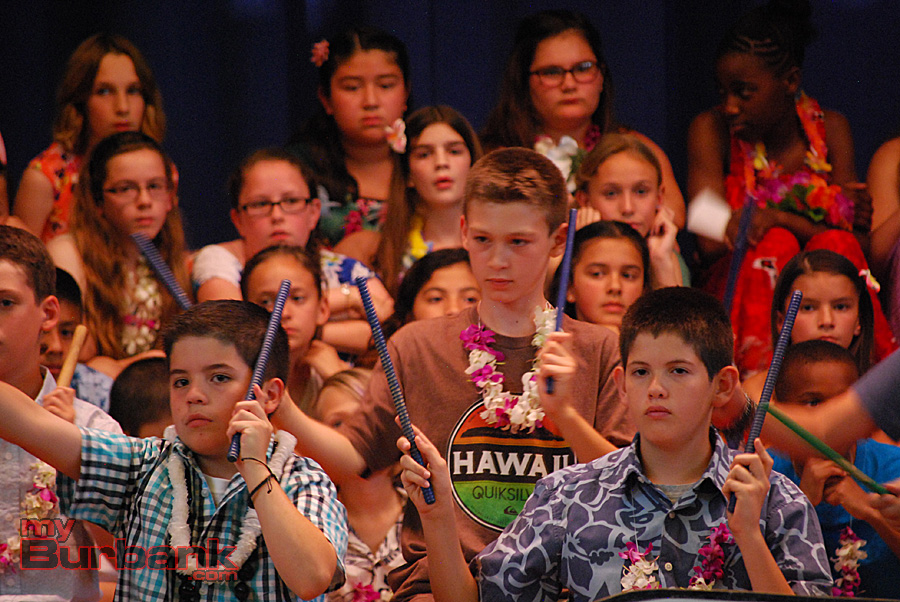 “It has become a tradition, I guess, in fifth grade to be in the Hula Club – where the students also learn the value of making a difference and giving back to the community,” commented Kaloustian. “The past two years, we have made generous donations to the Make-A-Wish Foundation through Lollipops for Love – started by Dylan Mahoney and Dylan Cook – and now is headed by our very own Roosevelt fifth-grader, Luke Mahoney.”

“All proceeds made from ticket sales will be going to the Make-A-Wish Foundation once again – in hopes that we can again grant two wishes – as we have traditionally done in years past. The Hula club also takes pride in being able to give back to our very own Roosevelt,” she added. “This year Dr. Meg [Principal Dr. Jennifer Meglemre] will utilize those funds to purchase instruments to add to our music program!” 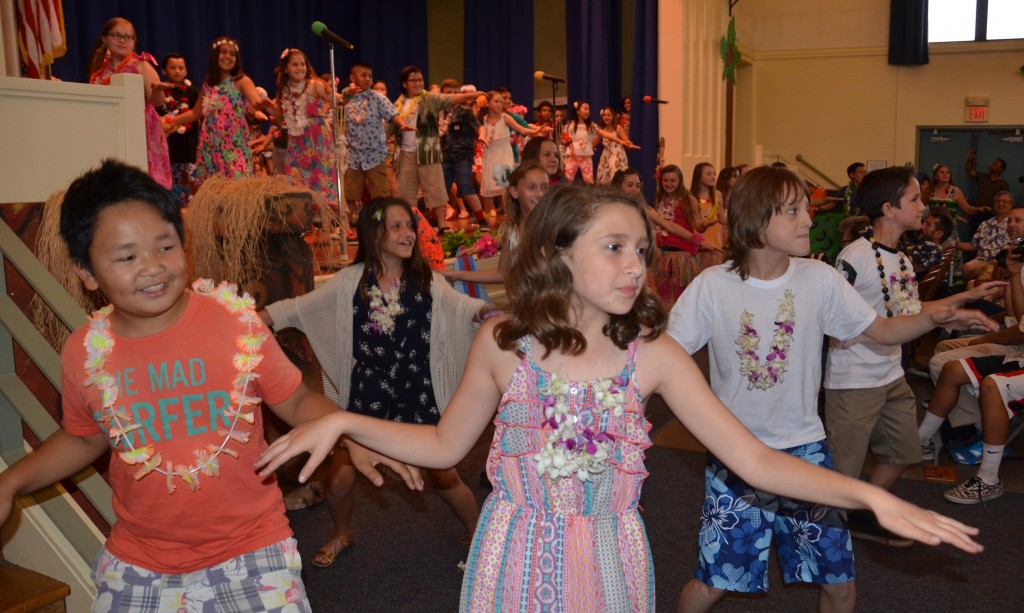 The Roosevelt Hula Club performance “culminates, celebrates and honors all of our diverse backgrounds, not just the Hawaiian culture,” explained Kaloustian. “It celebrates our differences and that we are all uniquely special and how we ALL can make a difference in this world, showing how we are all connected as one Ohana.”

“This year would not have been complete without the Hula Club. For a brief moment, I considered not doing it because of my new position, but my heart is with the children – especially since I have watched so many of them grow since Kindergarten!” said Kaloustian, whose new duties as Curriculum Specialist for the school has taken her out of the fifth-grade classroom. “This is a momentous year, since my son is also in fifth grade, which made our performance extra special for me.”

Fifth-graders who signed up for the Hula Club in the fall of 2014 spent many lunch recesses over several months learning the songs, dances and dialogue for the program. Students also made fresh flower leis the day of the show with flowers flown in from Hawaii.

Roosevelt Hula Club members performed traditional Hawaiian dances and sang or chanted to “He Mele No Lilo,” “Uluwehi O Ke Kai” and “Ke Aloha,” in addition to “Hawaiian Roller Coaster Ride” and “We Make A Rainbow.” Students also shared interesting facts about Hawaii and taught the audience some Hawaiian words. 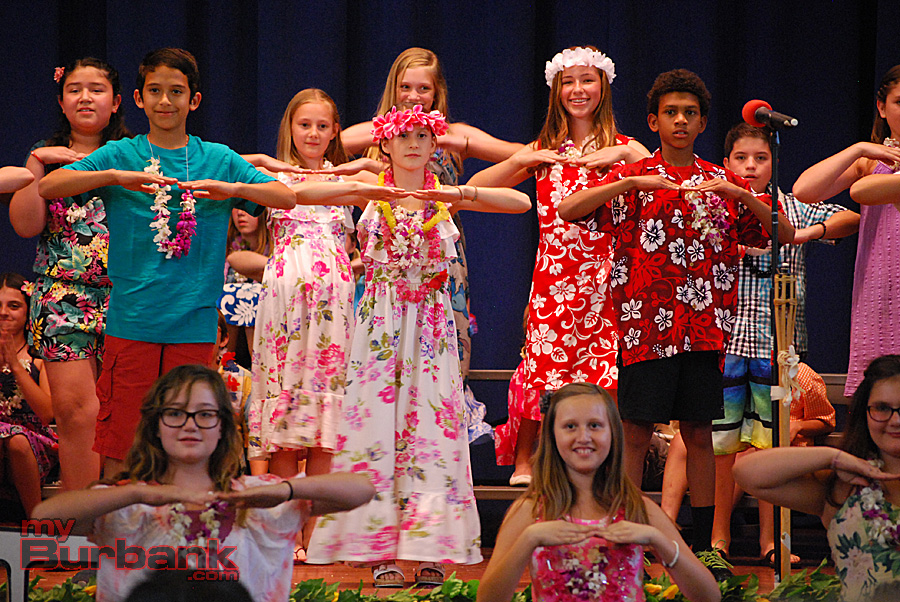 “I am proud that we have raised money over the years for various organizations, including Burbank Temporary Aid and Shelter, Angels in Fur (animal rescue), Roosevelt’s Student Council, helping to aid three elementary classes in Kenya, supporting the efforts to help end child slavery, helping tsunami and earthquake victims across the country, giving to Roosevelt’s Music Program and helping to grant wishes through Lollipops for Love,” commented Kaloustian.

“The murals on the walls at Roosevelt were from former Hula Club shows. As I look back, I sit in awe at the vast ways the Hula Club has been able to give back to our school, to our community and around the world.” 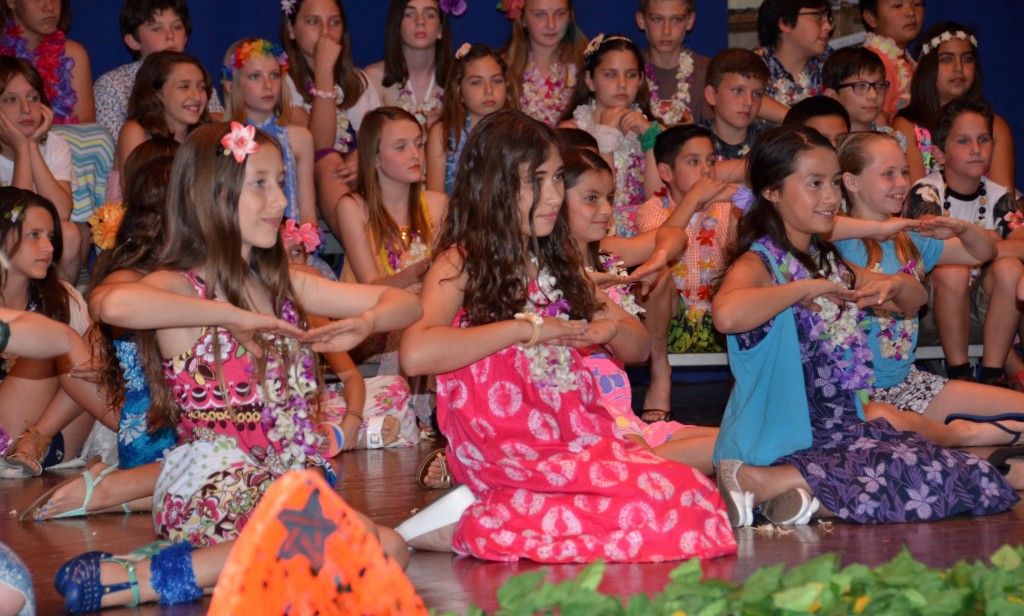 The 2015 Roosevelt Hula Club performance culminates the final run of the group Kaloustian has directed these past years.

“What a beautiful end to such an amazing ride,” she added. “Thank you to all the students, parents and families over the years for all of your love, support and dedication. I couldn’t have done this alone. I cherish all the memories with your children and hold them dear to my heart.”