Karren de Gorricho had never won an award for her artwork, but that all changed Friday night. 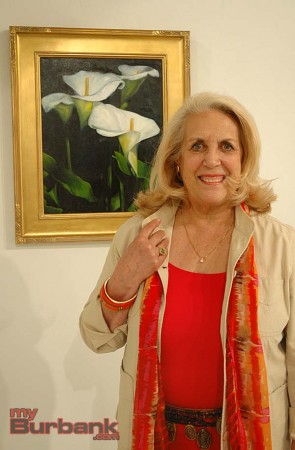 She snapped up five honors — more than anyone — in the San Fernando Valley Art Club’s Summer Art Exhibition during the opening reception at the Burbank Creative Arts Center Gallery.

“I’m thrilled!” said the Studio City resident. “It’s exciting for me. I did not expect anything.”

Her Best of Show and People’s Choice awards are for the same oil painting “Lilies in My Garden.” She took a photograph of lilies in her backyard and painted the image.

She began her journey in visual arts with mixed media nine years ago and then started painting abstracts and doing collage two years later. She has been painting Impressionism and portraits for two years, studying with La Crescenta artist Margot Lennartz.

Marian Fortunati received first place in Best of Show and Best Naturescape for her oil painting titled “Casting About in the Great Unknown.” She was inspired to paint the scene of a lone fisherman in the river against a backdrop of rugged terrain while on her recent trip through the Grand Canyon on a raft for two weeks. 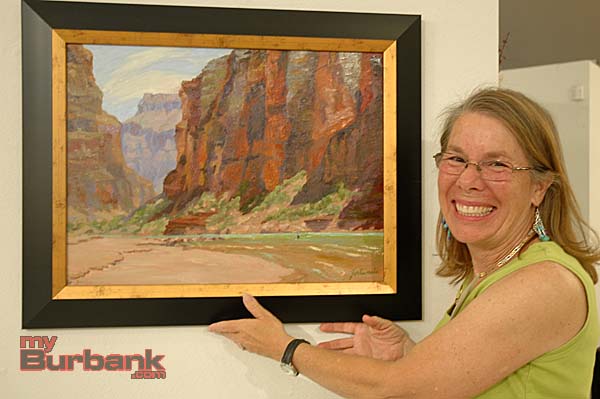 Marian Fortunati with her award-winning painting “Casting About in the
Great Unknown.” (Photo By Joyce Rudolph)

The title was a play on words — the Great Unknown, refers to the first passage through the Grand Canyon by river made by explorer John Wesley Powell and casting as in the fishing term, Fortunati said.

Trisha Bennett who was attending the opening reception liked Fortunati’s painting because of the scale, the color and the fluidity the artist gave to the green water, she said. 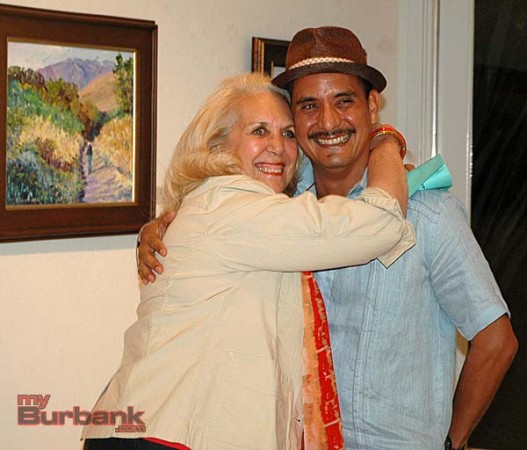 “When I first came into the gallery, I felt all the artists should be rewarded for their hard work,” he said. “Seeing the effort, creativity and the passion here was very touching.”

The show consists of portraits, landscapes and still life that are illustrated in oil, watercolor, mixed media, cut paper and acrylic collage. 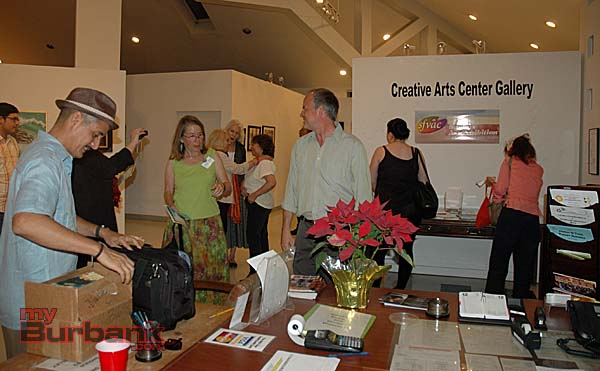