During the past three years, the Burbank High girls’ volleyball program became one of the region’s most improved and successful squads. Unfortunately for the Lady Bulldogs, the orchestrator of their rise to prominence has stepped down. 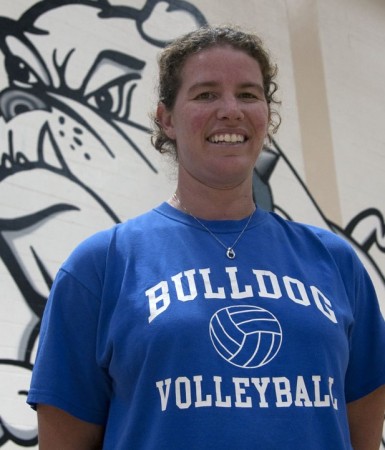 Coach Sarah Brown resigned on Monday after seven years on the job to spend more time with her family.

“I just realized my heart wasn’t in it 100 percent anymore. I just really love being home with my kids,” Brown said. “My daughter starts preschool in the fall, and I just thought that I am never going to get these years back and they are going too fast.

“I still love coaching, and I am sure I will be doing it again in my life. I felt like I wasn’t going to do as good of a job as I should. I wanted to be fair to everyone. I ask a lot of my athletes, and if I wasn’t willing to give the same amount of effort, then I shouldn’t be there.”

It was a tough decision for Brown to leave a job she cherished and a group of girls that she truly loved.

“I will miss the girls the most. I really love watching them grow up,” she said. “There is a big difference between 14 (years of age) when they start, and 18 when they leave. It is so amazing to watch them turn into young women. I still keep in touch with many of my ex-athletes.”

Brown established the groundwork for a successful program when she arrived to Burbank in 2007. Attention to detail and an emphasis on fundamentals and team play led to positive results not seen at Burbank in more than three decades.

In 2011, the Bulldogs advanced to the second round of the California Interscholastic Federation playoffs for the first time in 36 years. A third place finish in the Pacific League (10-4) and an overall mark of 11-5 set the stage for 2012.

For Brown and her hard-working and dedicated group of ladies, it was a season to remember. 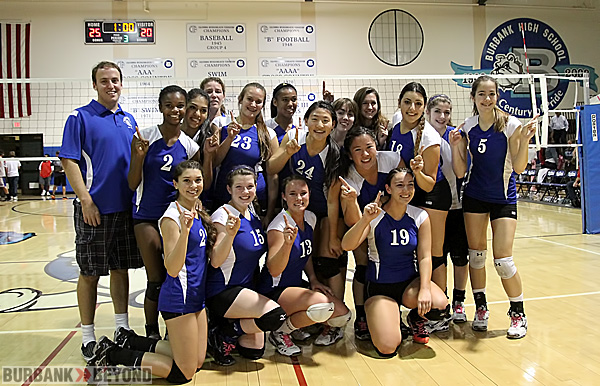 Brown led Burbank to its first league title since 1975. The Bulldogs went 13-1 in league en route to a 15-2 overall record and another postseason appearance.

This past fall BHS placed third in league (11-3) and finished the season, 16-7. For the second time in three years, Burbank reached the second round of the CIF playoffs.

“As I look back on my years at Burbank, I am most of all proud. I think we have not only turned Burbank volleyball into a league contender every year, but I really feel like we helped a lot of girls have a great high school experience,” Brown said. “Being a part of a team is learning how to be a teammate; putting something else ahead of the individual.

“I am proud of the traditions we established. Not only the desire and determination to win, but also the little things like our sleepover, big/little sister program, treats when all three teams win, etc. It has been a great experience for me and I can only hope the girls that have been a part of my program have had just as much fun as me.”