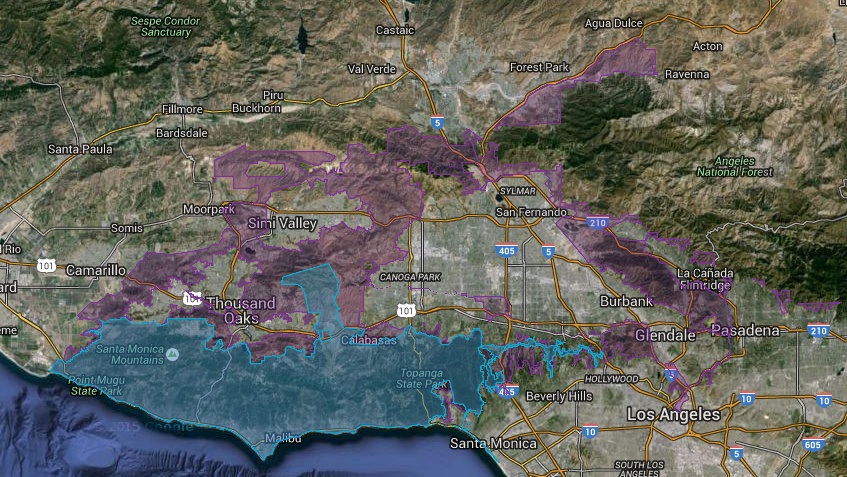 The National Park Service began the study in 2010 and transmitted its final report to Congress and the public in February 2016. Throughout the process, both NPS and Congressman Schiff solicited and considered thousands of comments from the public.

“The Rim of the Valley is the critical bridge between the urban city centers and suburbs in the Los Angeles basin and the spectacular wilderness beyond, and our bill would help protect these lands for generations to come,” said Rep. Schiff. “As more of this area is developed and open space diminishes, the wildlife it support is increasingly at risk. Congress has the power to preserve the Rim of the Valley for generations to come, but we must act quickly, or the opportunity will be gone.”

“The Santa Monica Mountains are one of California’s greatest treasures,” Senator Boxer said. “I am proud to join Congressman Schiff in introducing this bill, which will protect an additional 193,000 acres of wild and beautiful lands in the Rim of the Valley Corridor for current and future generations to enjoy.”

The Rim of the Valley Corridor Preservation Act would expand the SMMNRA to include many, but not all, of the land included in the study. The lands included within the expansion will be known as the Rim of the Valley Unit. The bill will enable NPS and the local community to better protect natural resources and habitats, and provide members of the community with improved access to nature for recreational and educational purposes.

It will provide NPS with the authority to:

The expansion of the SMMNRA boundaries respects private property rights and existing local land use authorities. It will not require a land owner to participate in any conservation or recreation activities, and it will not put any additional restrictions on property owners. The bill does not allow for land acquisition through eminent domain.

To view a map of the proposed expansion under the Rim of the Valley Corridor Preservation Act, click here.  To view the fact sheet about the legislation, click here.