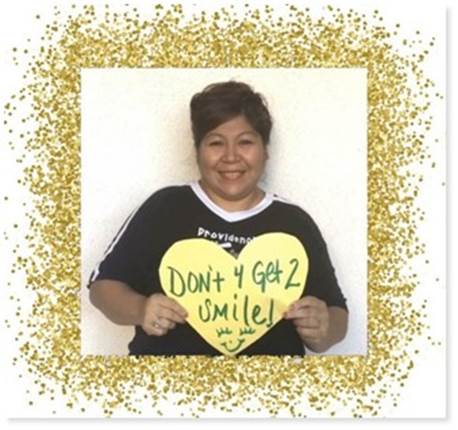 Esmeralda Hernandez, who touched many over the years with her work in the Burbank Park & Recreation Department as well as in the Burbank Unified School District, will be remembered Thursday, March 18 when they adjourn the meeting in her honor. Hernandez lost her battle with Covid on March 6, 2021.

According to the BUSD, “Esme” or “Mama Esme” as she was fondly called, worked for both BUSD and Burbank Parks and Recreation. Esme was hired by the City of Burbank in 1998 as a Recreation Leader for Youth Programs. She joined BUSD in 2011, beginning as a Campus Supervision Assistant at Dolores Huerta (formerly Jordan) Middle School. She also worked at Walt Disney Elementary School as an Instructional Assistant – ELD from 2013 to 2015. She left both of those positions to join the staff of Providencia Elementary School to work as an Instructional Assistant – Special Education. Esme worked at Providencia’s After School Daze (ASD) program for many years, bringing smiles and nurturing children and colleagues alike.

Esme was working towards becoming a teacher, which was her ultimate dream. She could often be heard saying “Don’t forget to smile” and “You got this!” Principal Jen Culbertson said, “She treated every child as if they were her own.” She loved crafts, sports, and all things Park and Rec related. She was always willing to lend a hand and lift someone up.

Esme is survived by her mother and father, husband Miguel, daughters Gemma (14) and Eva (12), son Josiah (5), and a large extended family. A Memorial Wall has been created where you leave a message or share your favorite memory:  Esme Hernandez Memorial Wall (padlock.com) and donations can be made to the family at:  Esme Hernandez Go Fund Me.

The District also said, “Our hearts go out to all of Esme’s friends and family and the many people she touched in our community with her warmth, encouragement, and upbeat personality.”