The glare of the white signs could be seen from a block away, the commotion bubbling on an otherwise unassuming intersection. Dozens of Burbank teachers formed outside the offices of the Burbank Unified School District (BUSD) last Friday on the corner of Olive Avenue and Parish Place. Their demands were loudly displayed on signs that read “Respect Burbank Teachers” and “Fair Settlement Now!”. Several cars honked their approval towards the swelling crowd of Burbank educators. 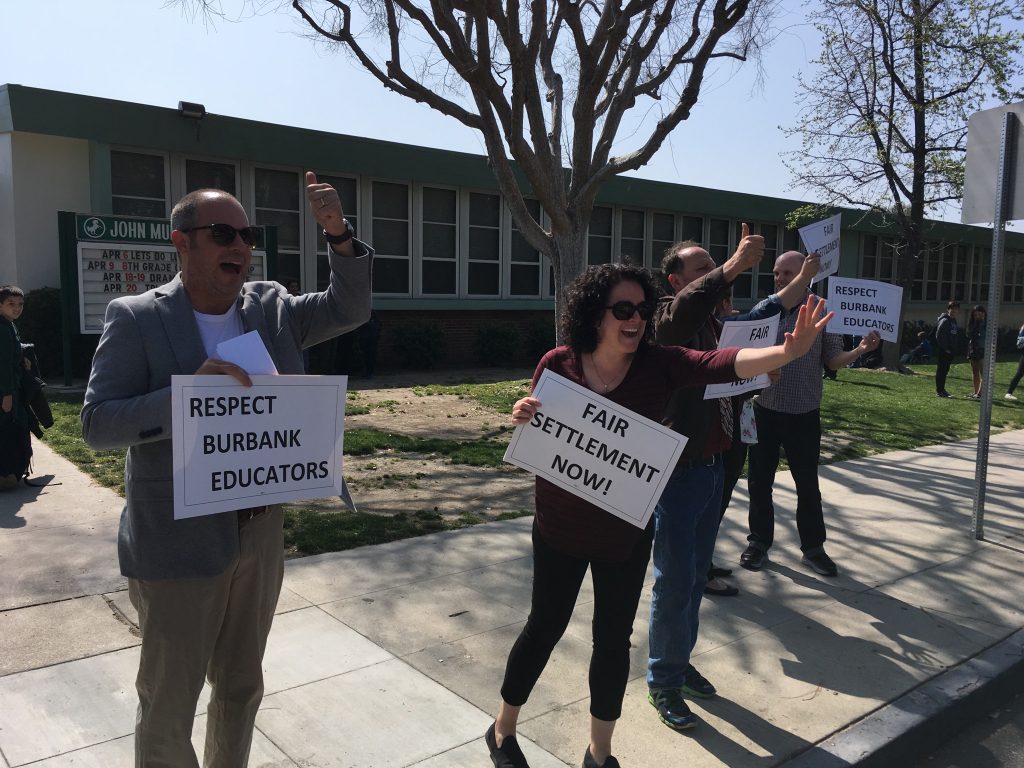 The Burbank Teacher’s Association (BTA) is in the midst of negotiations with the BUSD and have made several efforts to make their case for an increase in wages. In addition to the late afternoon visit on Friday there has been a lunch lockout and other rallying efforts including fundraisers at local businesses.

For many teachers a raise in wages is needed to reflect the ever-growing cost of living in California as well as the evolving needs of students. Several educators offer free time before and after class to help support extra-curricular activities for students.

A visit on the Facebook page of the BTA compares their wages to that of other educators in southern California districts in an effort to call for collective solidarity. 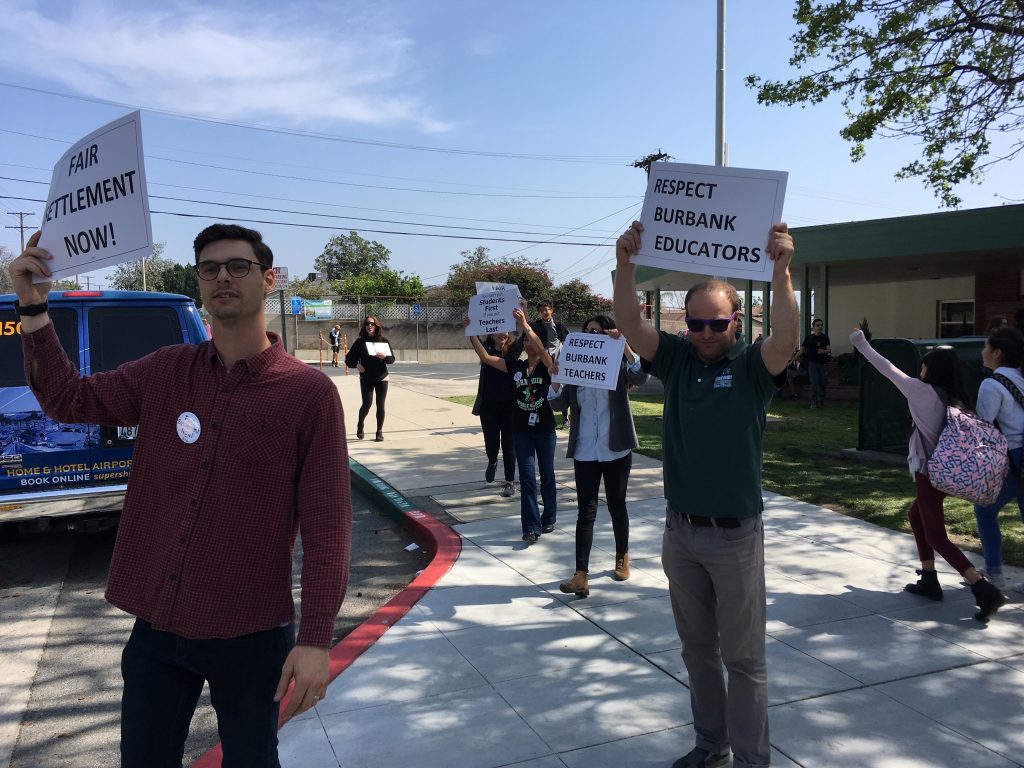 About an hour into their spirited rally came the the news that the BUSD had submitted an offer of a  1% increase (the BTA was asking for 8%).

According to Superintendent Matt Hill, this offer was arrived at by “analyzing how the State’s budget impacts the district’s budget. We determine our offer by including the percentage increase into our three-year budget. The proposal promises a 1% on-schedule salary increase retroactive to July 1, 2017 and a 1% off-schedule salary payment for the 2017-2018 school year.”

The 1% offer represents progress for the teachers, who felt that the BUSD had been engaging in delay tactics. However, Superintendent Hill says negotiations tend to take place in March and lasts through May and June.

This proposal will be funded by ceasing contributions to the Retiree Health Benefit trust.

Superintendent Hill also mentions the possibility of an extra off-schedule salary payment that will go into effect pending the passing of a parcel tax up in November of this year.

Satisfied with the promise of dialogue, the majority of the attendees had left several minutes before the rally was scheduled to end, their objective accomplished at the moment.

The BTA has until April 20 to either accept the offer or submit a counter proposal.

Editors Note: There will be a Public Hearing (Approx. 7.30 p.m.) of the District’s 2018-2019 Initial Bargaining Proposal to the Burbank Teachers Association tonight at the School Board Meeting held at City Hall’s Council Chambers