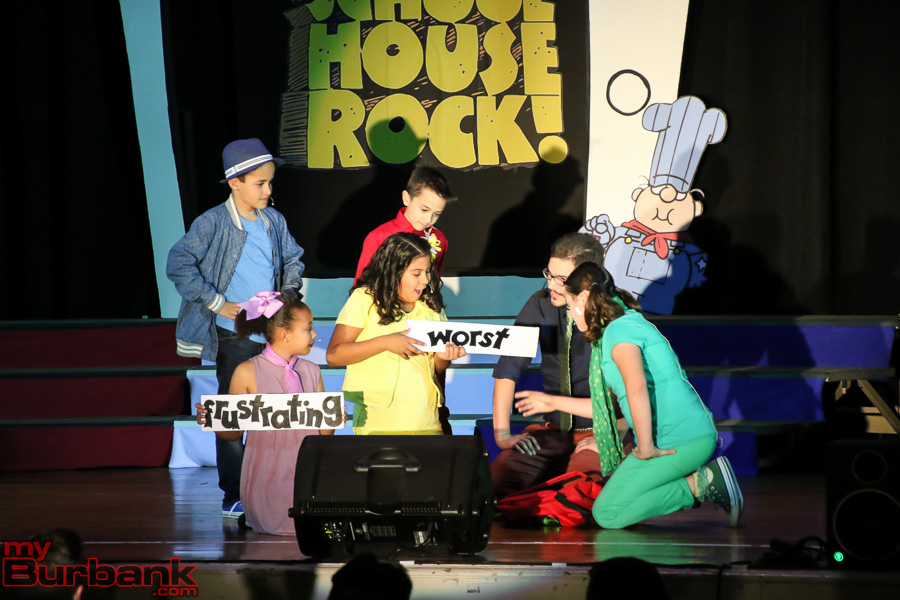 William McKinley Elementary School presented the musical School House Rock Live! last weekend, March 10-12. A school-wide collaboration of staff, more than 100 students in grades Kindergarten through five and parents, the three performances were the culmination of seven weeks of preparation.

Sponsored by the McKinley PTA and directed by Sandra Johnson from the book written specifically for elementary-age children by Scott Ferguson, Kyle Hall and George Keating, School House Rock Live! began with auditions in January. 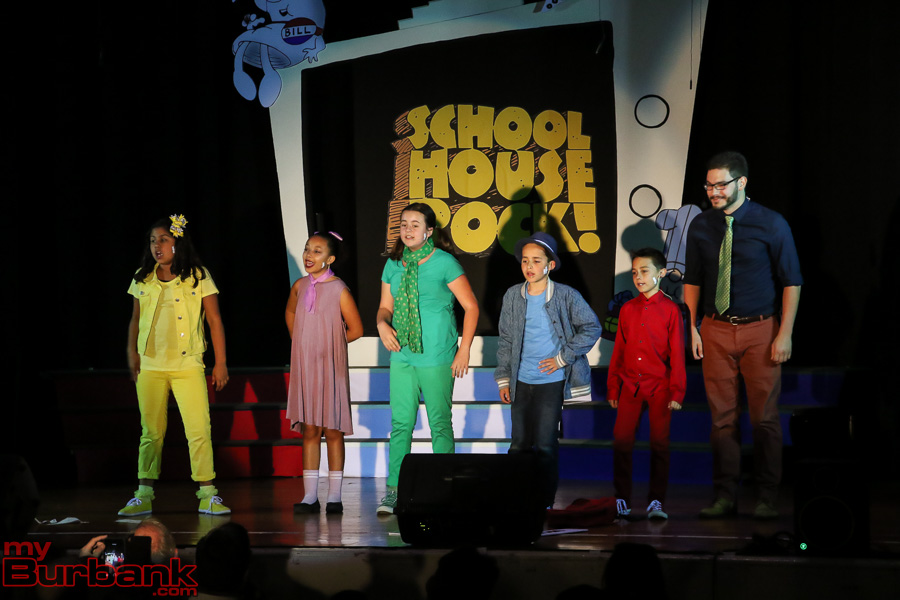 From the 60 students who turned out for the auditions, nine students were selected for the five main characters, including four understudies. The rest of the children were placed into either Vocal Ensemble or Dance Ensemble, based on what they said they wanted to do at the auditions, explained Johnson, “Everyone who auditioned got to take part in the show.”

The other main character was third-grade teacher Rorry Hadden, who “surprised all of us with his acting and singing skills,” commented McKinley Principal Liz Costella. 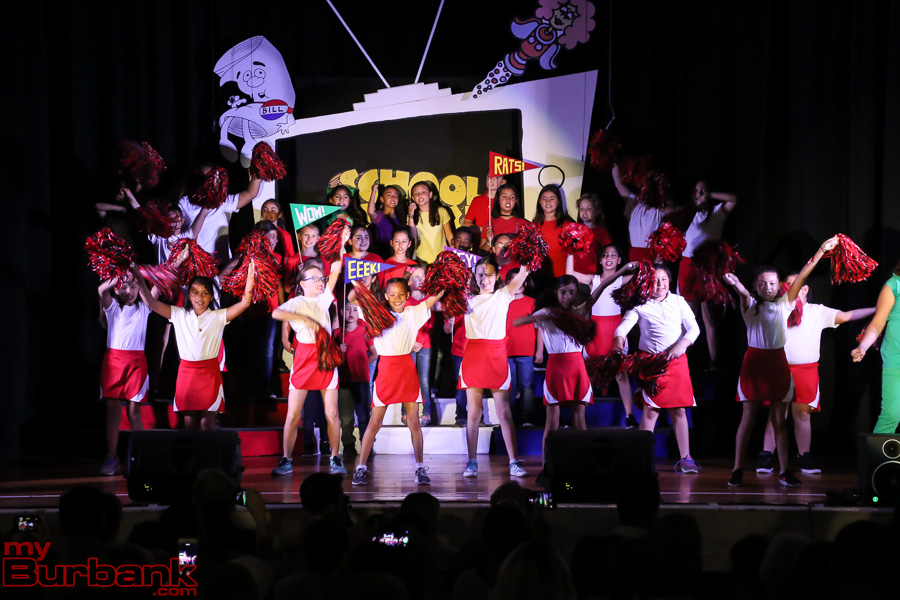 Johnson approached Hadden to be cast as the central character “Tom.”

“The show opens as Tom contemplates his first day as a new teacher,” explained Johnson. “He overcomes his anxiety as the five characters, each representing a sort of voice in his head, pop out of the Schoolhouse Rock television show to guide and encourage him as he prepares for his new professional venture.”

Rehearsals were held every day after school until 5:00 p.m. for seven weeks before the debut, focusing on different aspects of the musical. Vocal rehearsals and blocking with principal actors and understudies occurred twice a week. Work with choir and dance ensembles happened on the other two days. Then on Fridays, the production focused on putting the scenes together with all of the cast.

In the week leading up to the performances, complete technical and dress rehearsals with both principals and understudies casts were held.

“Originally, we only had two shows scheduled, but we added a third show so that our understudies would have a sure chance to perform after all of the work they put in,” said Johnson.

She also noted some “awesome parents at our school who donated their time and talents to building our cool set (Danny Cistone) and providing all of the microphones and sound mixing (Joshua Slobig) during our rehearsals and our three shows.”

In addition to Cistone and Slobig, all of the production’s backstage work was provided by approximately 20 students in grades 2-5. 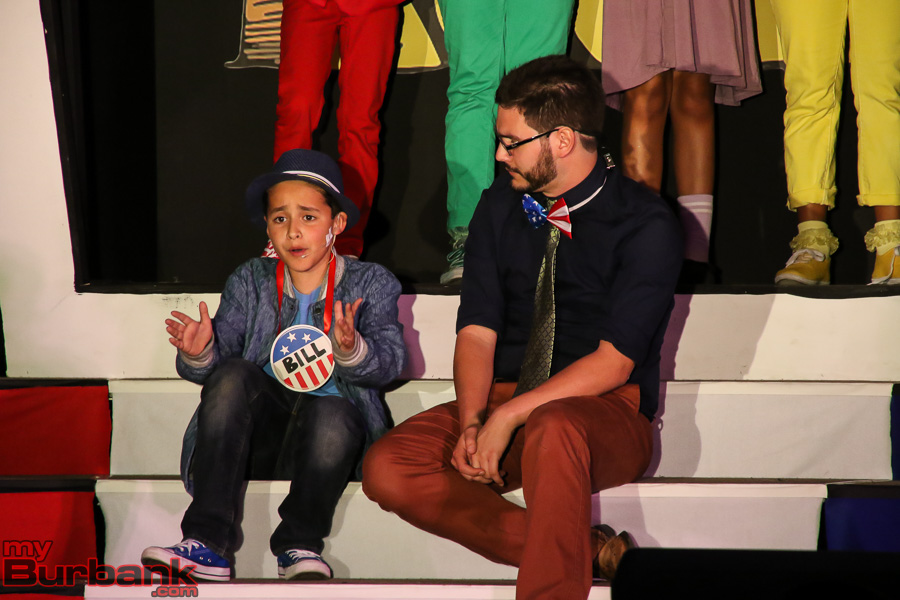 “We had fifth graders operating our lightboard and spotlights in the back of the house,” explained Johnson. “Backstage, we had kids organizing the props, wardrobe and sets and making sure everything got onstage when and where it needed to be.”

“There wasn’t a single adult back there telling them what to do, only one for supervision. They were well-rehearsed and literally ran the show themselves.” 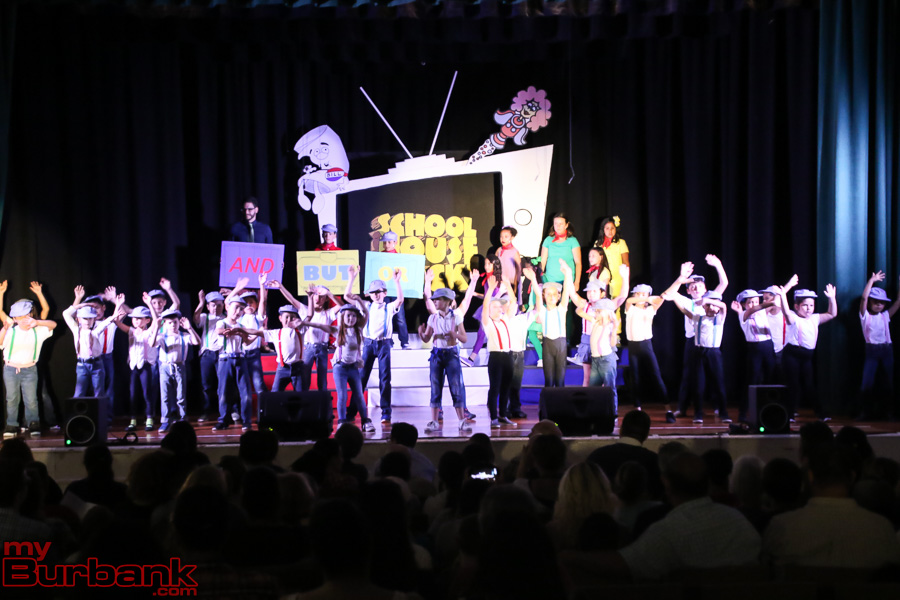 In preparation for the show, Johnson met with the backstage and lighting crew once a week “where they learned about stage directions, got a tour of the backstage area, learned about backstage conduct and how to keep their areas organized. They learned how to mark the stage with tape for sets, how to pull the curtain smoothly and they put hours into making props.”

“I have received so much positive feedback and everyone that saw the show tells me how great it was,” added Costella.