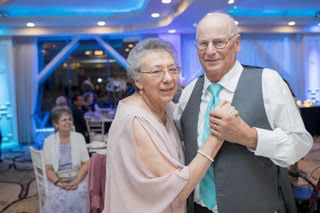 Services have been set for longtime youth sports and Burroughs High track and field coach Mike McHorney.
A funeral Mass will be held July 29 at 10 a.m. at St. Finbar Catholic Church, located at 2010 W. Olive Ave. He was a lifelong member of the parish. It will be followed by a hike and reception at Stough Canyon Nature Center, located at 2300 E. Walnut Ave.

McHorney, who worked as an instructional assistant at Burroughs, died July 4.

He was born and raised in Burbank and graduated from Burroughs in 1960. McHorney lettered in football and track and field, specializing in the pole vault, which would become what he coached at Burroughs for decades.

He met his wife Rosemarie at Providence St. Joseph Medical Center and the two married at St. Finbar in 1964. They had four children, John, Dave, Jim and Debbie.

Over the years, McHorney coached more than 100 youth sports teams in Burbank and was an inaugural member of the Burbank Parks and Recreation Walk of Fame in 2004.
McHorney worked as a graphic artist for McDonald Douglas, Lockheed and Skunk Works and played a role in the development of the SR-71 Blackbird and Saturn V rockets.
He also owned his own business of silk-screening t-shirts.

McHorney was an avid runner in his younger years and competed in several marathons. He loved spending time outside and worked for Burbank Parks and Recreation. He also led many hikes from the Stough Canyon Nature Center and spent time doing wood carving with a group at the nature center.

In addition to his wife and children, McHorney is also survived by six grandchildren, Scott, Brian, Julie, Emily, Megan and Ethan.