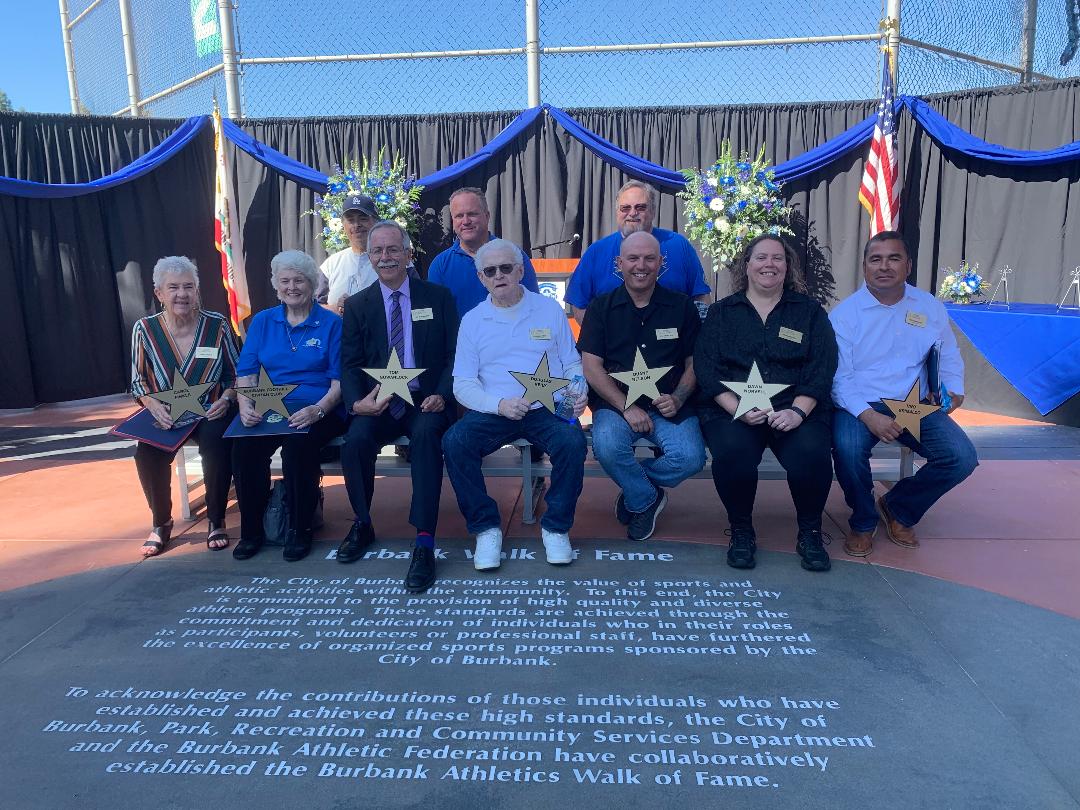 The Hall of Fame began in 2004 as was established through the collaboration between the Burbank Parks and Recreation Department and the Burbank Athletic Federation in honoring those who have made valuable contributions to athletics in the community.

The class was the first inducted since 2016 as the area where the ceremony took place has undergone some improvements that include the adding of the names for past and future recipients.

“It was nice this year that we had such a diverse group, in particular the Foothill Civitan Club,” said Marisa Garcia, acting director of Burbank Parks and Recreation. “They’ve been supporting our sports programs for (many) years.”

Gowanlock has been a staple in men’s slow pitch softball as his team, the ‘Cubs’ have participated in 123 consecutive seasons since 1979.

Finkle has been involved in sports in the city since the beginning. She competed in the first Ponytail softball season 1957. She later worked in Parks and Recreation for many years participating and or working in softball and volleyball. She was later a board member of the Southern California Municipal Athletic Federation.

Grimaldo has coached many local baseball and softball teams for more than two decades, even after his own children outgrew the programs.

Reily coached baseball and softball for nearly 25 years. He first began coaching after the coach of his daughter’s softball team needed to resign. He has since coached his granddaughter’s team the past five years. His son, Mike, is a longtime Burroughs High teacher and football coach.

Norvell has coached baseball, softball, basketball and volleyball in the community for more than 20 years. She now teaches softball skills classes and camps and is a private batting instructor.

Nelson joins his wife Tiffany, a Class of 2016 inductee, whom he met while coaching a softball team in 1992.  He has continued to coach baseball and softball teams for the past 27 years.

The Burbank Foothill Civitan Club has hosted Civitan Day and Ponytail Jamboree in Burbank since 1956. In addition, the club has sponsored 126 teams over the years. Through its efforts, more than 1,500 children have been able to participate in team sports in the community.