Yes, it has been a while.

As the editor of BurbankNBeyond, I get tied up on all of the daily work entailed and sometimes forget about the big picture, covering the real Burbank as seen by a lifelong resident.  And now with the Leader moving all the way to downtown Los Angeles and not one staff member having a Burbank connection, I have to get more involved to what is really happening, not just what is reported.

It also seems that you, the public needs to think about your participation in your own City. 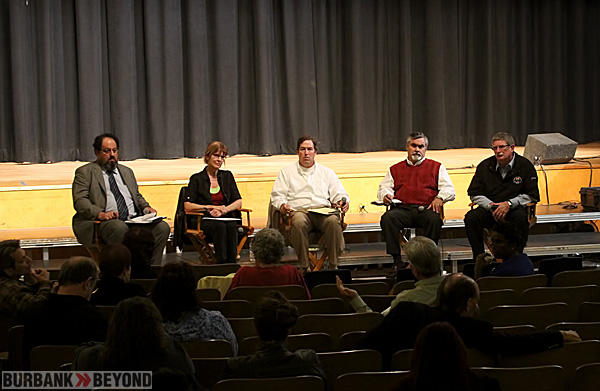 City Council at Tuesday’s Town Hall Meeting at Jordan Middle School. There were staff present on this night then there were residents to ask questions. (Photo by Ross A. Benson)

Burbank’s City Council decided to hold three Townhall Meetings at the three different middle schools that are located in different parts of the city.  At each meeting residents could express their comments in an informal manner to the Council members who would then answer their question immediately.  Although governed by the Brown Act in some instances, at least general responses were always possible.

Add to this the ‘posse’ that they brought with them to each meeting.

Department heads or they immediate seconds in command were all in attendance so that after the Council member gave the overall point of view, the member who oversaw the department involved was then called upon to fill in any blanks and provide all the information on the subject, sometimes to a fault of giving too much information.

The format was casual, the information was quick and accurate, just one problem – no one showed up. 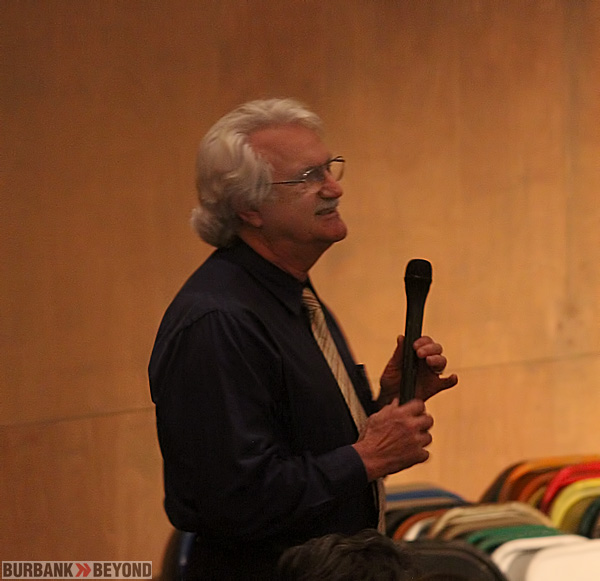 City Traffic Engineer Ken Johnson answers a question from the audience. (Photo by Ross A. Benson)

After three meetings in three nights, there was a total count of less then 200 residents TOTAL.  Be ashamed of yourselves.  You can’t use the excuse that it was to early or it was on a bad night.  It was over three nights and all started at 7 pm.

Yes, this is from the same public that out of over 55,000 registered voters, only takes about 6,000 votes to elect a council representative. This from a population of over 100,000 people.

As big as some of the problems that face not only us (yes, since I live here, I am included) in the near future, there were those at the meeting on Thursday night that had their own personal problem that they wanted to address. 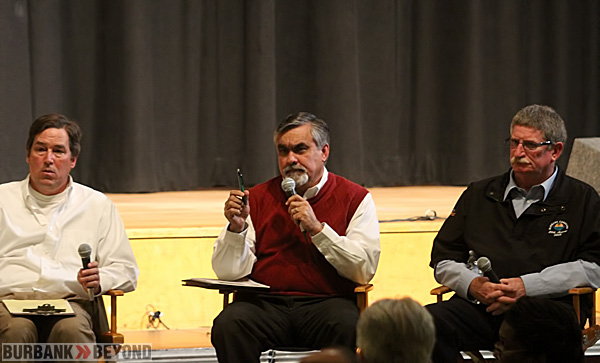 Councilman Jess Talamantes answers a resident’s concern during the meeting held at Jordan Middle School (Photo by Ross A. Benson)

One man spoke about not having soap and toilet paper available in the park’s bathroom.  This is something that I have never thought about or encountered, but I do not have young children like he does.  This was an important issue to him.  Another wanted the City to repave the freeway with a quiet asphalt that would reduce the noise he heard at night.  This was an important issue to him (although while Council Members promised to look into the bathrooms, there was not much they could do about the freeway system and the repaving.

While these are all important questions to the people that asked, only one person asked about one of the most important issues facing the City of Burbank over the next 20 years that has also been a death sentence to other cities, Burbank’s pension obligations.  The answer was general that so far Burbank has been in OK shape, but there was also a feeling of caution behind it because the brunt of the problem has yet to rear its ugly head. 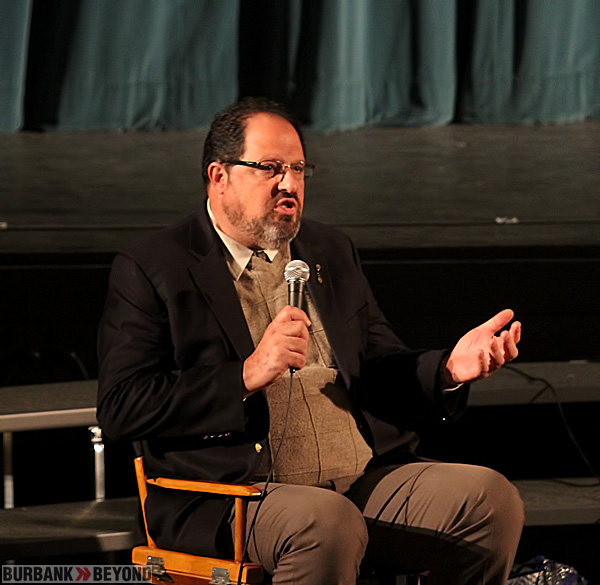 Let’s not also forget the police situation.  There have been millions of tax money spent and guess what. the City is still delaying the cases of at least five officers, who after over two years since being fired, are still waiting for their appeal hearings before they are allowed to sue the City.  Every day that goes by with this unresolved issue is another day of back pay with interest that might have to be paid besides the award.  Even if just one or two of these former officers wins his case, we are talking about substantial money along with the pension problem and the lack of redevelopment money.

So while one residents is worried about a 25¢  bar of soap in the bathroom, he and you, should be worried about having your property taxes accessed another $5 a foot to pay the cities bills in future years.

An election is coming up in three months, it’s time to start asking some tough questions of elected officials and what is going to happen in the future. 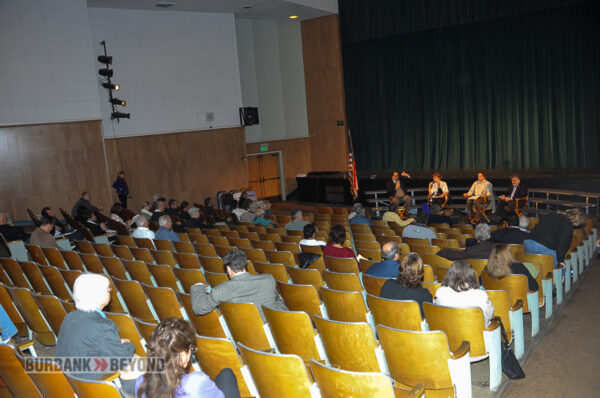 Sadly, less then 50 people decided to take advantage of a Townhall type meeting with department heads (left side of auditorium) waiting to answer any question put to them by residents (Photo By Craig Sherwood)

Why are we in this mess? Because elected officials 20 and 30 years ago opened up the cities coffers to take care of the employee unions to show how appreciative they were for their work.  Now 30 years later, they are all gone and yet here we are now having to pay for their pension decisions.

Are the current council members worried about now or the future?  How about the candidates, are they really in touch with the mess that waits for them if elected?  I give credit to this Council for these meetings and I hope they will continue them in the future.  Maybe instead of three in three nights, maybe one every three months at different parts of the city,

So when about 60 people show up to a meeting then stop complaining when you don’t like what’s going on.  You have had the chance to ask questions and if you don’t like the answer then make change happen or the vicious cycle is doomed to repeat itself.

It’s time for myself to get more involved in this great city I call home, and work to make positive changes.