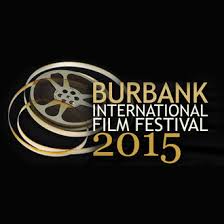 Shane Black is the kind of filmmaker that writers envy because he directs as well as writes (so the smart blondes date him.) Iron Man 3, the Lethal Weapon series and The Long Kiss Goodnight are among his credits. Shane was recently in back-to-the-future mode, doing the follow-up film to Kiss Kiss, Bang Bang, his first film as director. He’s currently in post-production on his newest film The Nice Guys starring, among others, Ryan Gosling, Russel Crowe, Kim Basinger and Matt Bomer. Shane is also working on a reboot of the Predator franchise and is developing the DC Comic Book Doc Savage for the big screen.

At the BIFF Screenwriting Panel, Shane was a nice guy to his audience, sharing great stories along with the straight talk about succeeding in Hollywood.

But sometimes you have to be cruel to be kind. SHANE BLACK didn’t mince words:

“You’re lunatics all of you, trying to make it in the film business. There’s 93% unemployment. The good news: talent scoots you past the odds. The bad news: most of you don’t have the talent.”

The laughter from the audience was of a knowing kind. Shane’s words are all too true. But there’s hope that talent can sometimes be awakened. Maybe the bad news can be softened to, “Most of you don’t have the talent yet.” So how do you find out if that “yet” really applies to you? Shane’s advice: “Assume you have the talent and just forge ahead.”

In Shane’s early days, he’d pal along with “a unified group of misfits—who were friends first—with a common sense of isolation and a love of movies.” They helped each other as opportunities came along.

SHANE BLACK started out in acting (Predator). And he found out that he could act a little better after drinking. His self-judgment was unsparing. ”At best my acting was passable. At worst it was unwatchable.” But it has given him perspective on the acting craft. “When you’re young, you say to yourself, ‘I wish I could cry.’ Now, crying is no problem.”

Shane observed “with some actors you have to make the door bigger to accommodate their head.” But Shane’s ability to look at his own efforts without the rose-colored glasses has served him well as he went on to hone his writing and directorial skills.

The penchant for writing came early in boyhood. “I’d make up monster stories like ‘Frankenstein Meets Sand Monster’ and I made sure it fit on both sides of the lined paper.” Nowadays, Shane advises using a bit more white space. “If you have a 120-page script, make it 119 pages and spread it out a bit.” (However, the “grab ‘em by page ten” rule still applies.)

Only recently has Shane been able to write “with comfort, with neither fear nor obsession.” It used to be that he’d finish a script and it felt like it had the last funny lines that he’d ever write. On a new script, he’d start out staring at the blank page. “But then I’d say to myself, well if this guy says this, then that character says that, and the next thing you know, I’ve dived in.”

Shane advises his audience not to take script notes literally. If you do, you’re likely to get a response like, “That’s not what we wanted. We want you to fix this.” Remember, that you’re the writer and many people won’t recognize what they really want in a script until they actually see the specific words on the page.

Shane notes that even directors aren’t always sure what will work. “Film is like shopping. You get some celery and, what the heck, strawberries. Then you make the film in the editing room and thank goodness you got those strawberries.”

Kiss, Kiss, Bang, Bang, Shane’s directorial debut, “started out as a romantic comedy but became a thriller.” Back then, his longtime friend Robert Downey Jr. was uninsurable and Val Kilmer was rumored to be a nightmare to work with—which turned out to be decidedly not the case for Shane. “People ask me, ‘what made you have faith in Kilmer?’ “ And Shane tells them, “I didn’t! I just wanted to make the @#** movie!”

Shane also echoed one of the main themes of the seminar: loving the work more than its presumed rewards. The guys who always get the gals hanging on their arm “are not the Scorceses or the Spielbergs. It’s always the guy who did ‘Leprechaun 6.’“ That guy directed ‘Leprechaun 6’ to be a player, while the others directed their movies because they loved the work.

So for those of us who want to focus on the work, particularly the work of screenwriting, Shane offers several guidelines:

For writers and directors alike the challenge is how to make the film live up to the trailer. Shane points out that when we you see a trailer “we form this ideal, Platonic image of the film.” Making the actual film reasonably close to that ideal is “making the specific as good as the general.”

Shane is one of the few who has consistently met that challenge. But Hollywood’s memory is sometimes short. After a hiatus from moviemaking, Shane was making the rounds at the studios and one 25-year-old told Shane “he had a great future in the business.”

But the suit was right. The sun is still rising for Shane Black.