Users must be 14 years of age or older, attend a short orientation and sign an agreement in order to be able to use the new Lab. The Library will also offer formal instruction, which launches the first week of February with a class on video production.

With the support of federal grant funds for training, the Library plans to offer group classes in 3D design, along with individual or small group mentored sessions with expert trainers, to allow people to build on what they already know and gain more skills. 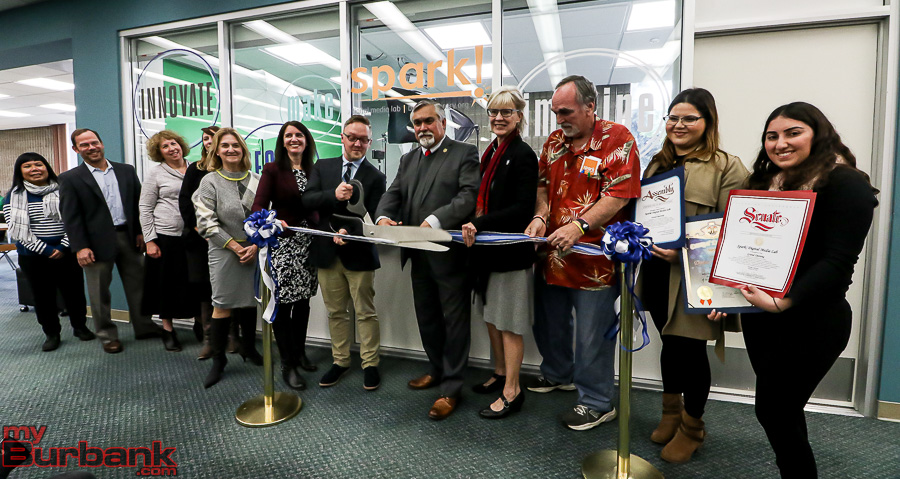 The Spark! Digital Media Lab is stocked with a 3D printer, green screen and additional “equipment to engage and inspire creativity, developing the skills to succeed in the media industry,” said Joan Cappocchi from the Library Marketing department.

City Councilmembers Jess Talamantes, Emily Gabel-Luddy and Tim Murphy were on hand for the ribbon-cutting along with City and Library staff and members of the community.

“The City Council was interested in creating a digital media lab in Burbank to support the needs of teens and adults who need more advanced tools in order to succeed in their education and improve their prospects in the workforce,” explained Talamantes. 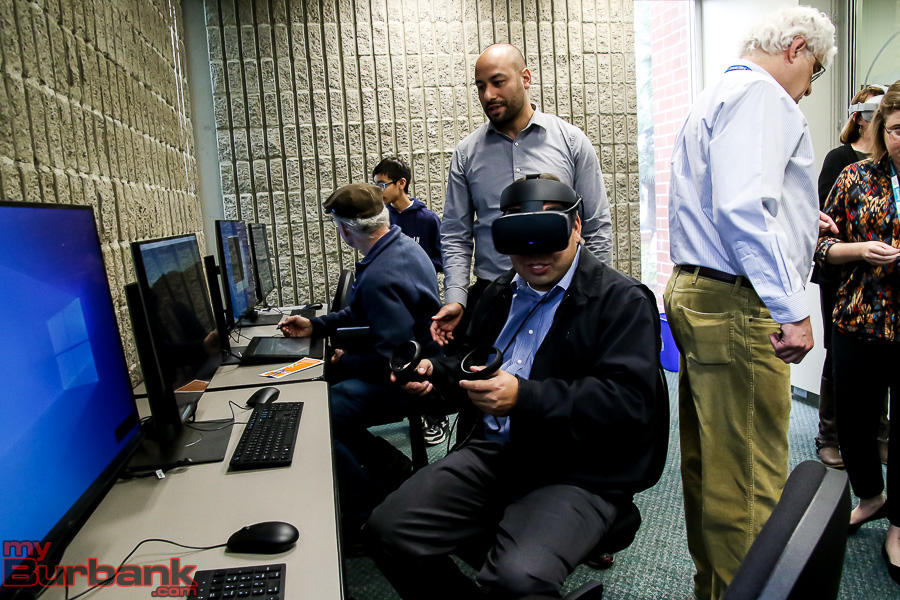 City Manager Justin Hess takes a tour of the world through 3d goggles and is amazed by the 360-degree views. (Photo By Ross Benson)

“Burbank is the media capital of the world, and we’re well on our way to becoming a world-class city. We have built on our history to ensure a bright future where we are creating movies, TV shows, games and experiences that fuel the imaginations of people around the world,” Talamantes said at the ribbon-cutting.

“As part of this, we want to make sure members of our own community have the chance to explore the technology that makes this possible, develop their skills and succeed as part of this exciting and growing field of work.”

“Libraries are all about access. At one point in time, that meant primarily books. Twenty years ago, we were in the early stages of adding computers to the mix.” 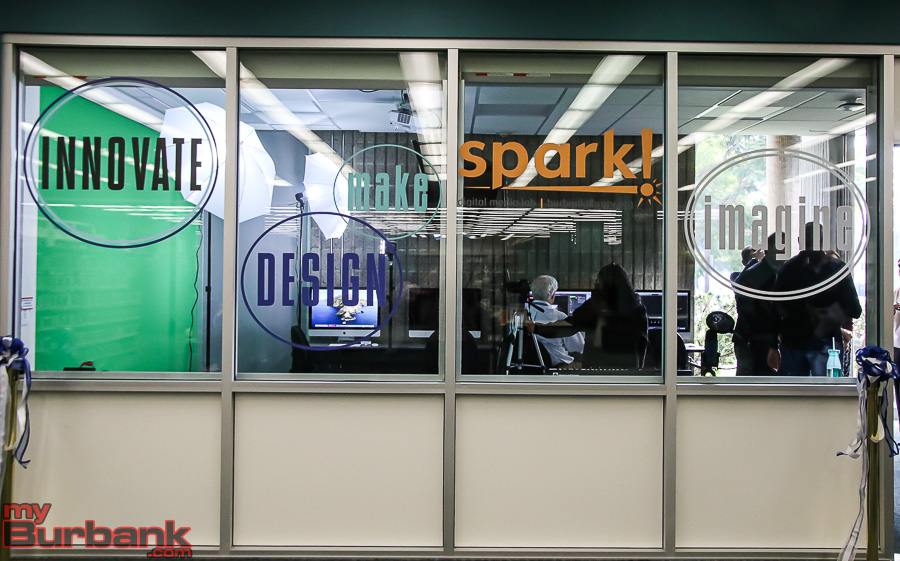 “Today, we’re moving fully into the future, providing a free and supportive space where people can learn, explore and produce videos, music, games, apps and 3D printed objects in the Spark! Lab,” he also said. “Not only will Lab users be able to get access to equipment and software – much of which is far beyond the budget of the average person – but they will be able to learn from experts and each other.”

“Spaces like this at other libraries have helped people start successful businesses by prototyping parts on the 3D printer, obtain funding for a creative project or discover a passion for work in the media industry. Who knows what might start here?”

Library Services Director Elizabeth Goldman called the opening of the Spark! Digital Media Lab “a big moment for the Library and the City of Burbank.” 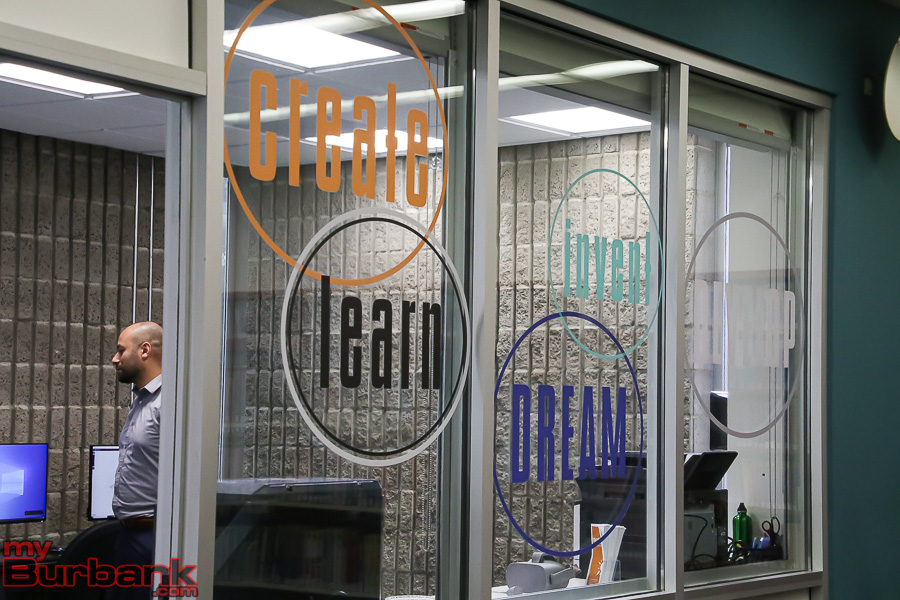 “The Spark! lab is going to help people develop the skills and access the technology needed to be successful in the media industry that is such a big part of Burbank. This project has been several years in the works and has been a real team effort to bring to fruition.”

At the ribbon-cutting, Goldman thanked the many people from the Library and City Public Works Departments who joined forces to put the Lab together.

In addition to the Block Grants approved by City Council that paid for the construction, the California State Library approved federal grant monies that paid for the equipment and software, as well as provided funds for training.

“By providing many ways to use the space – self-directed work, formal training and consulting – we are able to extend the value of the lab to a wide variety of users, truly making an impact on the community,” Goldman added.

“With the opening of the Spark! Lab, Burbank Public Library and the City of Burbank are making a commitment to developing a skilled workforce for our local businesses while ensuring the opportunities of media industry work are accessible to all.”