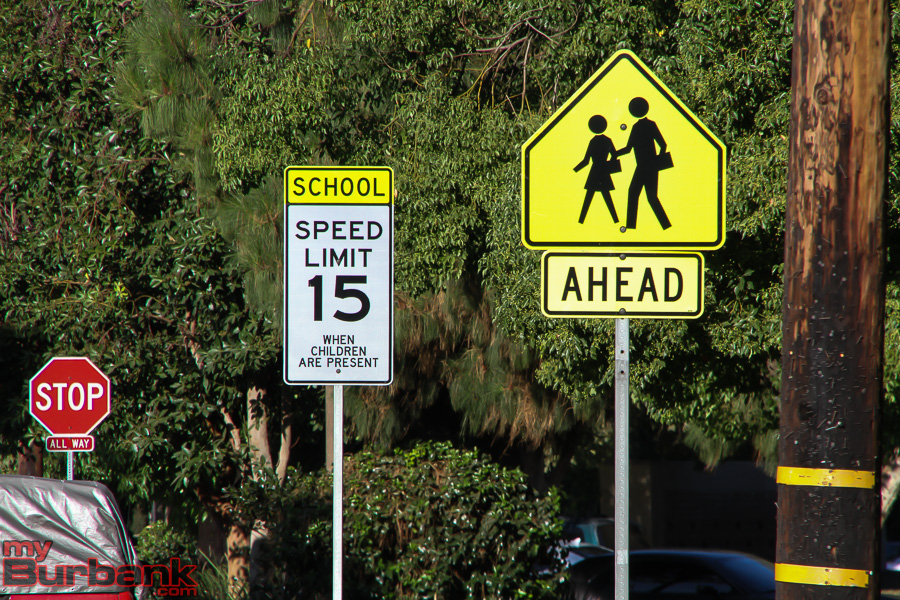 From a City Release:

The City of Burbank, Burbank Police Department, and Burbank Unified School District are committed to creating and maintaining a safe environment for everyone near school campuses. As part of this commitment, the speed limit has been reduced within school zones in the City of Burbank.

During the last six months, the City of Burbank Public Works Traffic Engineering Division and the City of Burbank
Sign Shop staff designed and installed 200 new street signs reflecting the new speed limits. The reduced
speed limit was implemented near 24 schools in Burbank and includes 114 blocks of the roadway.

Additionally, staff created 12 new, all-way “STOP” sign-controlled intersections and installed 24,000 square feet of crosswalks. This entire project has been completed prior to the upcoming 2019-2020 school year.

In early 2020, an additional 15 miles per hour speed limits zones, crosswalks, and stop signs will be installed at Jefferson Elementary, Muir Middle, and Washington Elementary Schools. These improvements will be made as part of a Safe Routes to School grant.

The reduced speed limit is an effort to improve safety near schools in the City of Burbank by requiring
motorists to slow down and be cautious when driving through or near school zones, especially when children are present.