It was the second time in two years that Burbank’s Mayor, Jess Talamantes, delivered the State of the City address. Last year as Vice-Mayor, Talamantes filled in for then Mayor Bob Frutos who had taken ill that week. 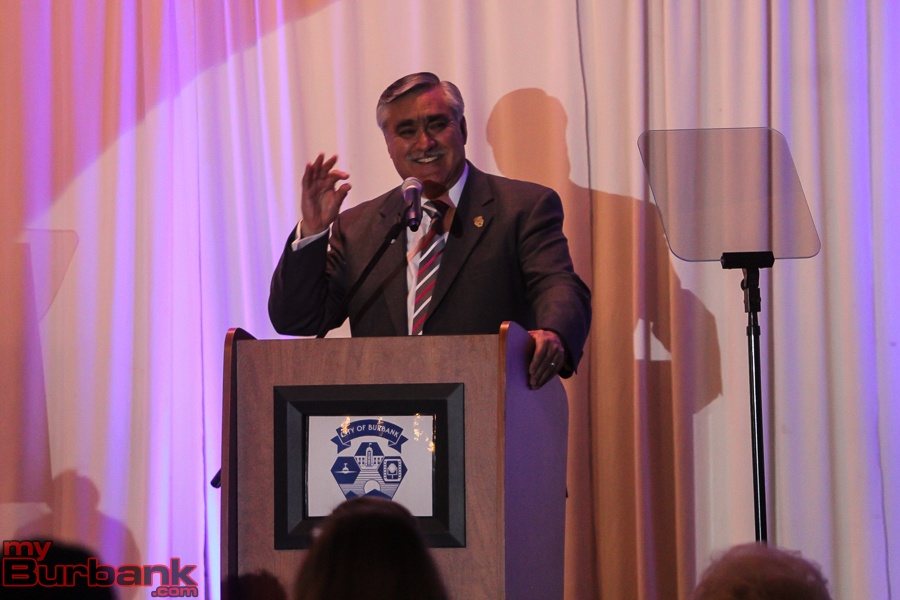 Now addressing a crowd made up of the top business leaders, Talamantes delivered well in his third time at the podium. He was also the ‘Centennial Mayor’ in 2011 when Burbank turned 100 when he gave his first speech.

Each year, the Burbank Chamber of Commerce sponsors the State of the City, this year moving from the Airport Marriott to the Castaway, quickly selling out the 400 seat plus venue.

This year the theme was about embracing change. Many things are changing in Burbank and not necessarily in more, but in improving. Some of the items mentioned included the recently approved Measure B vote that will allow the airport to rebuild its 14 gate terminal and the improvements to the Burbank Town Center. 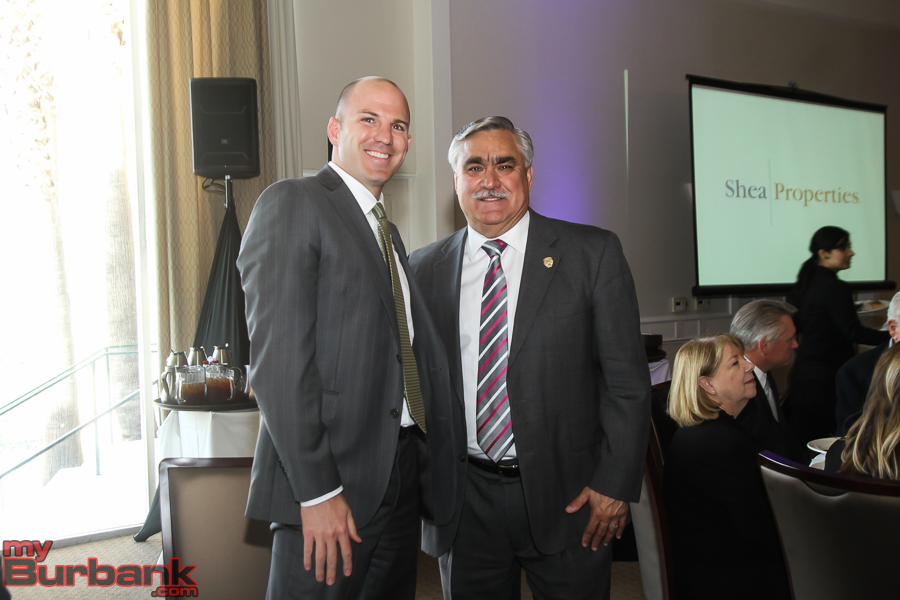 Referring to the Burbank Economic Development Annual Report put out by the Community Development Department, Talamantes said there are over 108,000 residents in the city with an average household income of over $87,000. Burbank home prices average $725,000, which is approximately 33 percent above the Los Angeles County average home price of $545,000.

Tourism is also a large industry in Burbank with just over 3.1 million visitors coming to the city, spending an estimated $725 million dollars, generating $31.6 million in local tax revenues.

There is also proposed changes to the development landscape. Besides the new Ikea and the Talaria projects that are in progress and will be completed soon, there are several more developments on the horizon which include:

So yes, change is in the air and with more hotels and retail space proposed as well as new residential housing, the tax base will continue to improve for the city and the residents.

You can view the complete State of the City Video by clicking here.