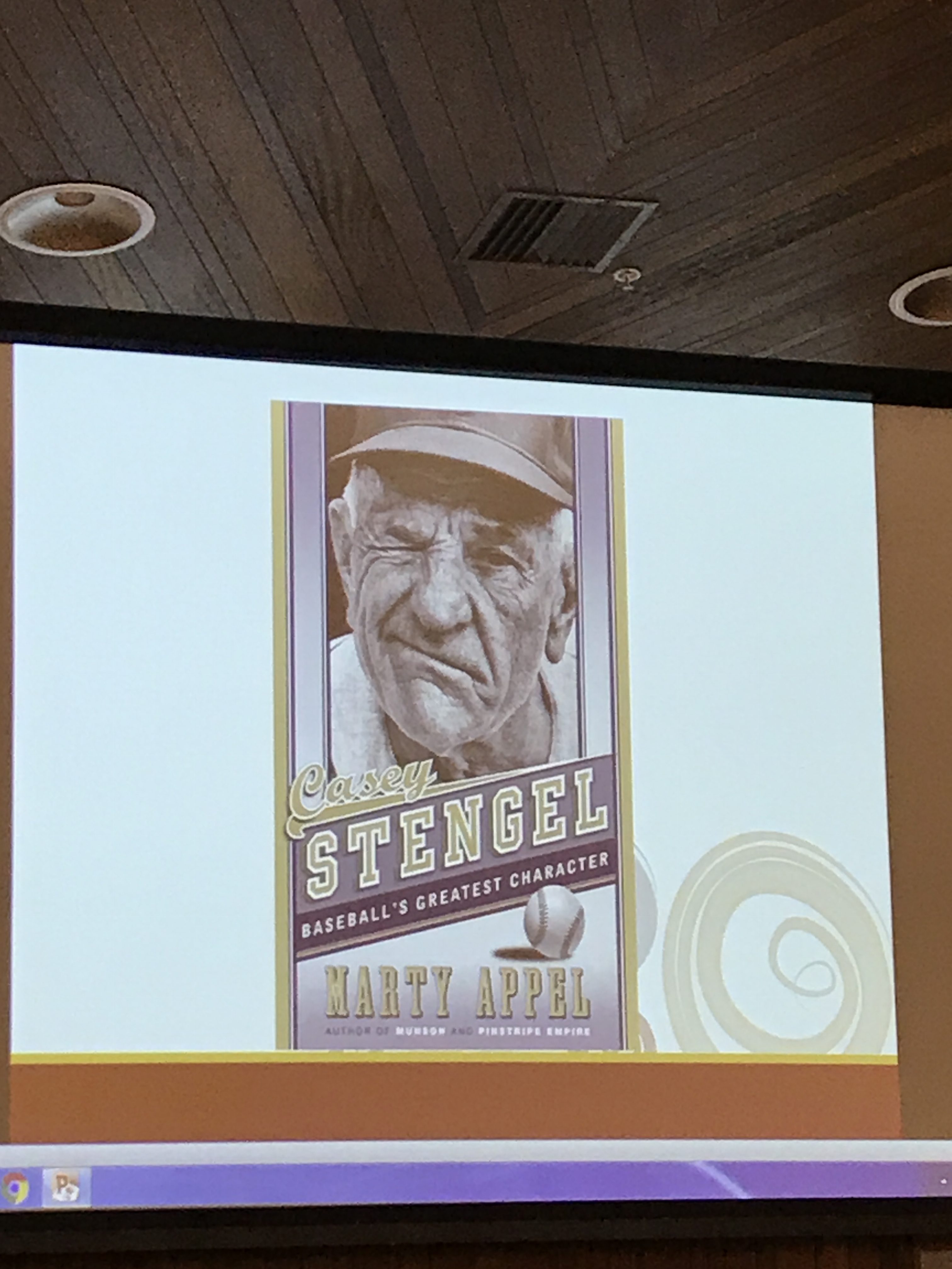 Nestled in the shadow of the Verdugo Mountains once stood a man who never would have enjoyed as much freedom as he would have had he lived on the opposite end of continental United States or in an era of social media and cell phones.

But times were different from 1924 to 1975 and Hall of Fame baseball manager Charles Dillon ‘Casey’ Stengel was able to enjoy his free time just a mile from the border of Burbank at a place he called home for half of a century.

The man who once managed the likes of Joe Di Maggio, Mickey Mantle, Yogi Berra, Phil Rizzuto and a number of New York Yankee greats, is the subject of a new book “Casey Stengel – Baseball’s Greatest Character.” Author Marty Appel along with fans, family members and friends were on hand at the Glendale Public Library last week to share memories of the man, who Appel described as one that not too many people under the age of 40 had heard of.

Stengel, who won the World Series seven times as a manager, lived at 1663 Grandview Avenue, above Bel Aire Rd. and below Brand Park.

Appel said Stengel was not afraid of publishing his address and often welcomed fans who would knock on his door for an autograph. He also said Stengel would sometimes even invite fans inside his house to show them his memorabilia.

While much of his free time was spent in Glendale, Stengel did find time to venture into Burbank.

So much that he even once was part-owner of a driving range called Casey Stengel’s Golf Center in the early to mid-1960s.

“It was right next to NBC studios,” said Casey Mollett, Stengel’s great nephew.

Stengel was also an honorary vice president of Valley National Bank, which was founded by his brother-in-law John M. Lawson, which had branches in Burbank and Toluca Lake. Stengel was a familiar presence at the bank in his final years.

He also could be found walking local streets, as his wife was eventually diagnosed with Alzheimer’s disease. She eventually moved to Glenoaks Convalescent Hospital and Stengel could often be found on Glenoaks walking to see his wife after he had lost his driver’s license.

Mollett said he last saw Stengel just weeks before his passing as he was at Glendale Memorial Hospital.

“We were there visiting and a baseball game came on and they were doing the Star Spangled Banner,” Mollett recalled. “He got out of bed and stood and said I want to salute our flag one more time.”

Stengel’s presence locally even gave locals a chance to see things that today would be unthinkable. He was able to arrange for the New York Yankees play the Chicago White Sox in a preseason game on March 20, 1951 at Verdugo Park Municipal Baseball Field, which was later renamed Stengel Field. Although the original bleachers have been torn down, the field is still home the home field of Glendale Community College and Crescenta Valley High, a rival of Burbank and Burroughs.

Another person who spent lots of time Stengel was Bob Case, now the vice president of the International Boxing Association.

“I worked for him in 1962, 63, 64 and 65. 1965 was the last year the Los Angeles Angels played at Dodger Stadium.  I was the equipment guy for the Angels and they were going to move to Anaheim,” Case recalled. “Casey said are you going to commute from Glendale to Anaheim every day. I was like well I don’t have a job Casey. He said come on, we’ll find a job for you.”

Case worked for Stengel up until his death.