Burbank fire was dispatched for a full Hazardous Materials Response at 320 N. Lake St. (Burbank Water and Power) at 12:18 am Sunday morning for a report of tank containing sulfuric acid leaking.

Once firefighters arrived on scene, they determined that 1,000 gallons of the liquid acid had already been released and the tank still contained another 4,000 gallons of actively leaking acid. 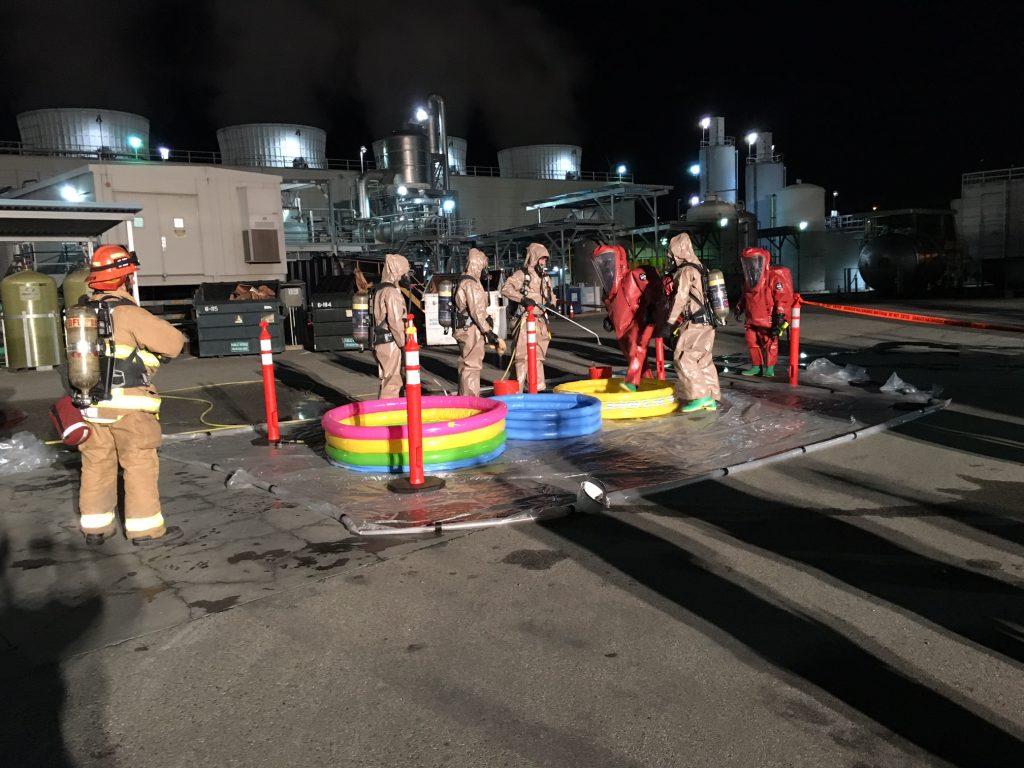 Several initial attempts were made to try to stop the leak and contain the spill; however, due to the location of the leak and failure of secondary containment, firefighters were unable to stop it. Due to the toxicity of the acid, keeping it out of the storm drain was a major concern for the fire department.

A sump truck was requested to remove the remaining liquid in the tank and pooled product throughout the property. Burbank’s Hazmat 12 and Battalion 1 remained on scene until the tank was determined to be empty and the situation became static.

No injuries were reported and the only evacuation was the lone employee working at the Water and Power Dept. who initially reported the leak.