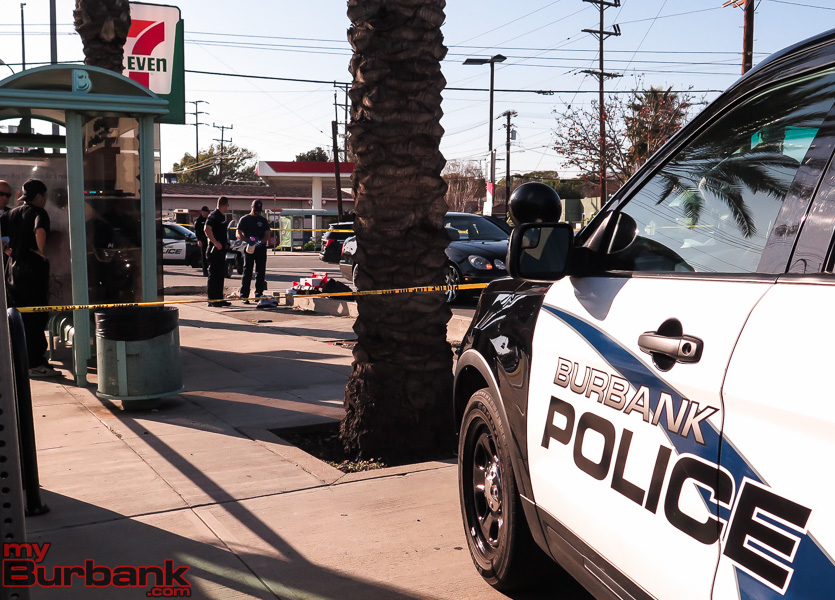 Burbank Police on routine traffic enforcement along Hollywood Way spotted a black car traveling at a high rate of speed southbound Hollywood Way around 2:45 pm  Monday afternoon,  the officer followed the car to the parking lot of the 7-11 convenience store located  at Hollywood Way & Burbank. 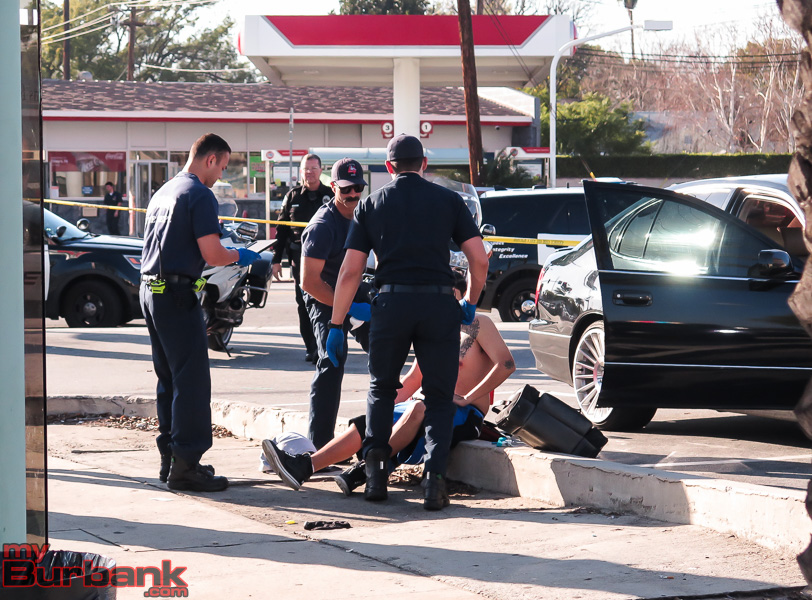 The driver told  the Burbank officer that his passenger had been shot in Sun Valley near the area  of Clybourn and San Fernando Road and he was transporting  him to what he thought was the nearest hospital Saint Joseph Medical Center. 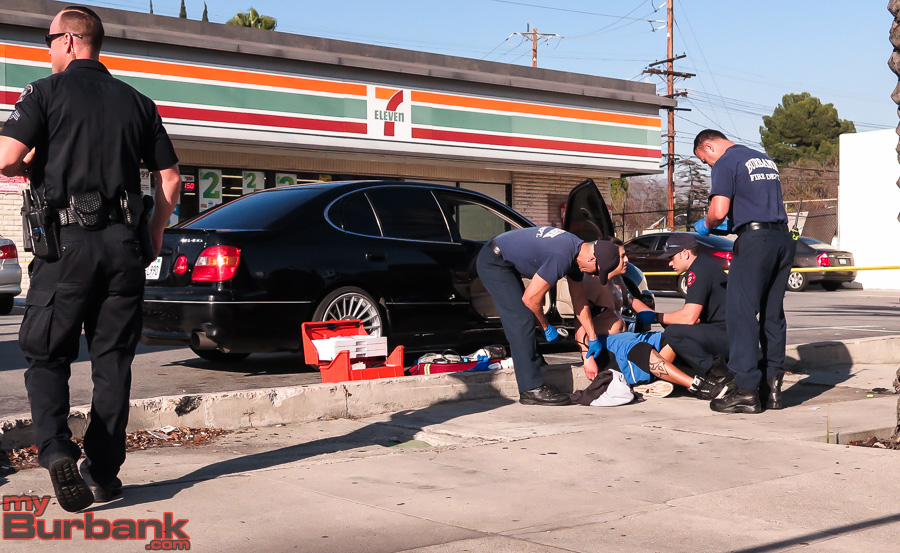 Burbank Police closed off the parking lot with police crime scene tape and preserved the crime scene and waited for Los Angeles Police Department, who’s area the crime occurred in.

They responded to the 7-11 lot and took over the investigation, including talking to the driver who witnessed the shooting.