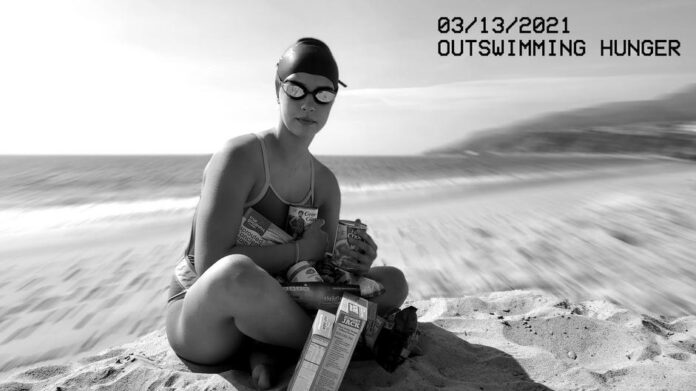 Veljko Rogošić may have died in 2012, but his inspiration has touched many and that extends to 15-year-old Edie Markovich of North Hollywood.

Markovich is an ultra-distance swimmer who trains regularly at the pool at Verdugo Park. On March 13 she will attempt to swim 25 miles in Verdugo’s pool in a fundraiser event that will benefit the Burbank Temporary Aid Center and the Los Angeles Regional Food Bank.

The event is taking place in collaboration with the City of Burbank Parks and Recreation Department.

Markovich, who is part of the Early Entrance Program at Cal State Los Angeles, will begin swimming at 5:30 a.m. and end some time before 8:30 p.m.

Markovich, whose family is from Croatia, learned about Rogošić, a Croatian marathon swimming legend, and has been inspired to do things he did.

“I’ve heard about marathon swimming through him,” Markovich said of Rogošić.

Rogosic is a native of Kaštel Lukšić, a beachfront community near Split, Croatia. He holds the world record for the longest swim even in an ocean without the assistance of fins. He went 139.8 miles from Croatia to Italy in 2006.

Markovich’s family is from Nerežišća on the island of, Brač, also part of Split-Dalmatia County.

The event will be Markovich’s fourth ultra-distance swim.

“I chose this location because it has prepared me for all of my previous things,” she said of the Verdugo Park pool.

Last August, Markovich swam from Oxnard to Anacapa Island, completing the feat in 9 hours, 24 minutes and 13 seconds, a distance of 12.17 miles.

A month later she traveled to New York to compete in the 20 Bridges Manhattan Swim, a 28.5 mile swim. She completed the feat that circled Manhattan Island in 8:32.14.

Preparing for these events has required a lot of dedication.

“We usually start at 6 a.m., but you have to get up at 5 to get ready and drive there. I go to the ocean about four times a week. Through the winter it has been difficult because the water temperature is dropping really low,” she said. “I try to stick with four times a week and I’m here (Verdugo) six days a week on top of that.”

Markovich trains with  LA Tri Club, a Santa Monica-based triathlon club that is also one of her sponsors.

“They’ve helped me out get through all of my swims,” she said.

Markovich, who is also being sponsored by Coast 2 Coast Swim Challenge, said she has chosen to benefit the hungry because she saw a need.

“The crisis was so apparent. I would see lines and lines of people at food banks and school parking lots,” she said. “I decided I wanted to do something about it. Swimming is the thing I always gravitate towards and I tried to connect the two, so I created the event. The Burbank Temporary Aid Center, one of the charities I am supporting, on their website they said they needed a bunch of food in their pantry so I decided to have a food drive simultaneously for the event. I also wanted to reach out to the Greater Los Angeles area because I knew that they were struggling with the homeless crisis as well. The monetary funds are going to the Los Angeles Regional Food Bank.”

Markovich said she plans to eat just oatmeal and have water during her event at Verdugo.
“You’ve got 30-second stops for some food spread out throughout the swim, but no bathroom breaks,” she said.

Since this event is in a pool as opposed to the open water, Markovich certainly doesn’t have as many concerns.

“There was an instance I was doing this four-mile swim in La Jolla Cove in San Diego with a friend of mine. We stopped in this buoy,” she recalled.  “We were a mile and a half out from shore and we started heading back and my friend stopped to drink something and we looked back and there was this fin that was circling where we just stopped. You just have to be as calm as possible and not think too much of it. We definitely swam back a lot faster.”

To support Markovich, one can bring nonperishable packaged items to the pool deck at Verdugo Park, located at 3201 Verdugo Road, between 5:30 a.m. and 5:30 p.m. on the day of the event. One can also swim in the lane next to her for 45 minutes, with pledges beginning at a minimum of $30.