Per Sgt Derek Green of the Burbank Police, he reports earlier this evening the suspect from this morning’s stabbing at Burger King has passed away as a result of his injuries he sustained during his attack of an elderly victim inside the restaurant.

The suspect has since been identified as James Rey Richard Kagaoan, a 36-year-old transient with the last reported address in Sun Valley. The victim is recovering and expected to survive.

On Tuesday, June 19 at 11:03 a.m., Burbank Police responded to a call regarding an assault with a deadly weapon in progress at Burger King, located at 545 N. Victory Blvd. When police officers arrived on the scene, they found two men with stab wounds. 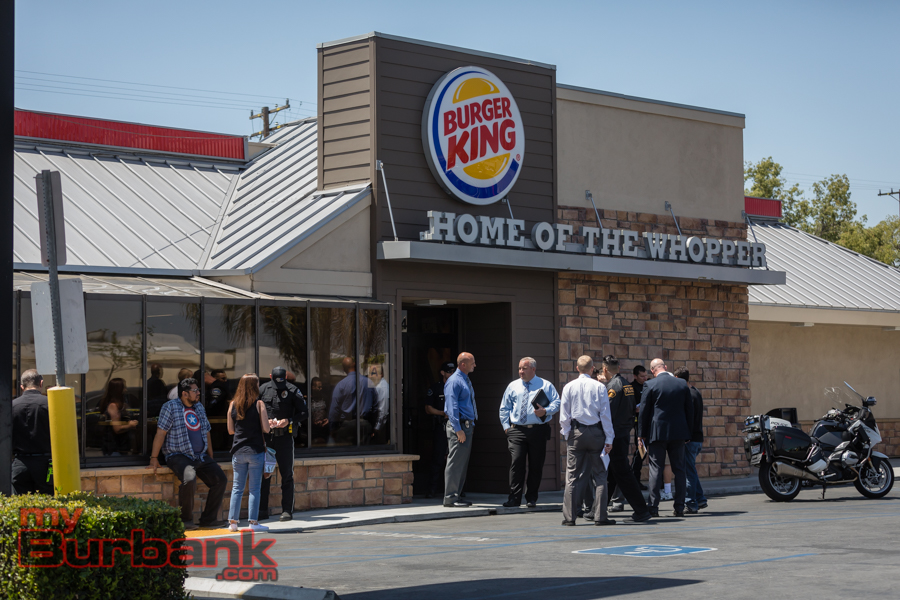 After detectives began their investigation, they learned that an elderly man and two acquaintances had been seated in the fast food restaurant when a male suspect came inside with a knife and stabbed the victim. While the victim was being stabbed, another patron intervened and started to struggle with the suspect. During the struggle, the suspect suffered multiple stab wounds.

The victim who received injuries considered to be minor and not life-threatening was also taken to a local trauma center.

The patron who struggled with the suspect did not receive any injuries and was not emitted to a hospital.

At the moment, this attack appears to be random and unprovoked.

Witnesses believe the suspect may be homeless and mentally unstable.

On Tuesday, December 5, 2017, during the City Council meeting, a plan was revealed to curb the homeless problem plaguing the city. The plan included statistics regarding the problems that homeless bring, along with problems that will further create a higher population of homelessness. 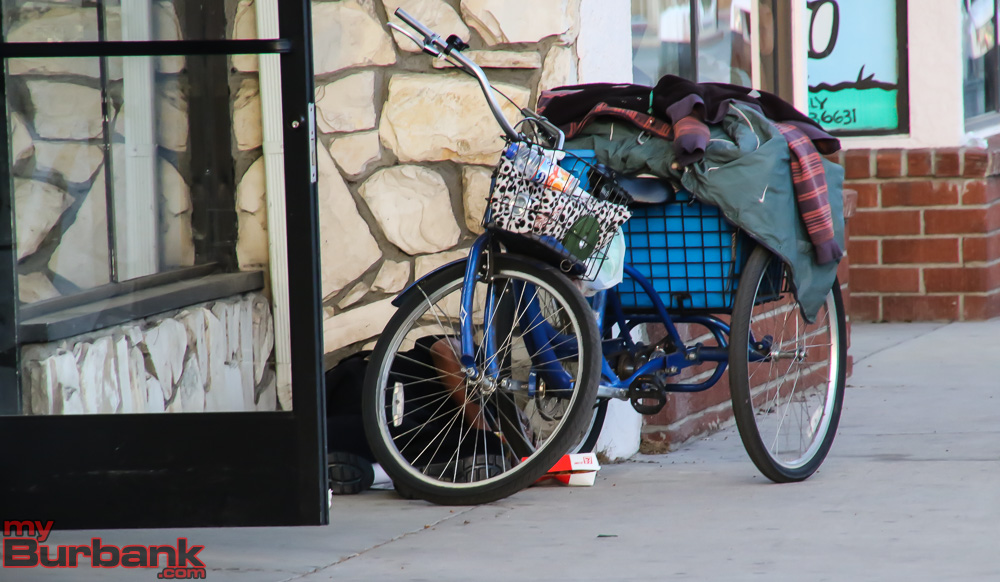 Back in November of 2016, an Interdepartmental Homeless Committee was formed to address the homelessness problem. The committee is comprised of all city departments here in Burbank. In February of 2017, Burbank City Council directed the committee to come with a comprehensive plan to both prevent and reduce homelessness around the city.

Currently, in the greater Los Angeles Area, there are over 57,000 homeless people. In Burbank, the homeless population amounts to 229 people, which is a 37% increase from 2016. With an increase of homelessness comes an increase of calls to the Burbank Police Department. Since 2016, Burbank Police has responded to 1,188 calls, including repeat calls, from Burbank residents concerned about homeless on the streets.

In an effort to gain public insight, the committee held meetings from May to August of 2017. A total of 174 people belonging to the Burbank community attended these meetings. Their insight helped the committee create a plan of action for 2017 and beyond.

The plan was laid out in varied strategies. You can find these strategies below:

Strategy 1: Develop Storage Facilities and Transportation for the Homeless

This strategy was created in an effort to reduce unattended items and belongings on sidewalks around Burbank. A similar strategy is in effect in Orange County.

In this two-pronged strategy, city health partners, and community partners would offer healthcare to the homeless, but remain responsive to residents and business in the city. The second component to this strategy involves informing the homeless about the Affordable Care Act, Medi-Cal, and other healthcare related services.

Hope of the Valley, which is a potential community partner, offers a “Recuperative Care Shelter”, which is designed to help the homeless who have been discharged from a hospital, but need more time and care to recuperate. This shelter would also offer crisis housing, 30-bed shelter, mental health clinic, community health clinic, and a job training program.

This strategy involves building temporary housing to help the homeless transition back into permanent housing. These shelters would be used to help individuals, families, and youth who are without a place to stay in the short term.

Family Promise of the Verdugos, who is also potential community partner, has a similar model with a 96% success rate in an already existing shelter.

Using city funds, this strategy would involve creating incentives for landlords to offer more affordable housing. One example of this strategy at work is the city’s partnership with the HOME fund. This fund has been used to create 316 affordable rental units so far.

This strategy focuses on bringing the community together to create public outreach, awareness, and understanding for the homeless.

This strategy aims to help households maintain their housing. This strategy is conceived with the notion that it is more effective and less costly to maintain a house, rather than helping a family obtain new housing.

This program is currently in practice in Pasadena. In the program, 88% of participants do not return to homelessness after the assistance.

In this strategy, the city will educate the homeless on public health and safety, and especially finding solutions to those who live near riverbeds, parks, or any other areas that aren’t meant for human habitation.

As for the funding for all of these strategies, money is expected to come from private grants, public grants, and Measure H. However, during the City Council meeting on Tuesday, the council was informed that all money from Measure H, would not be given to Burbank. 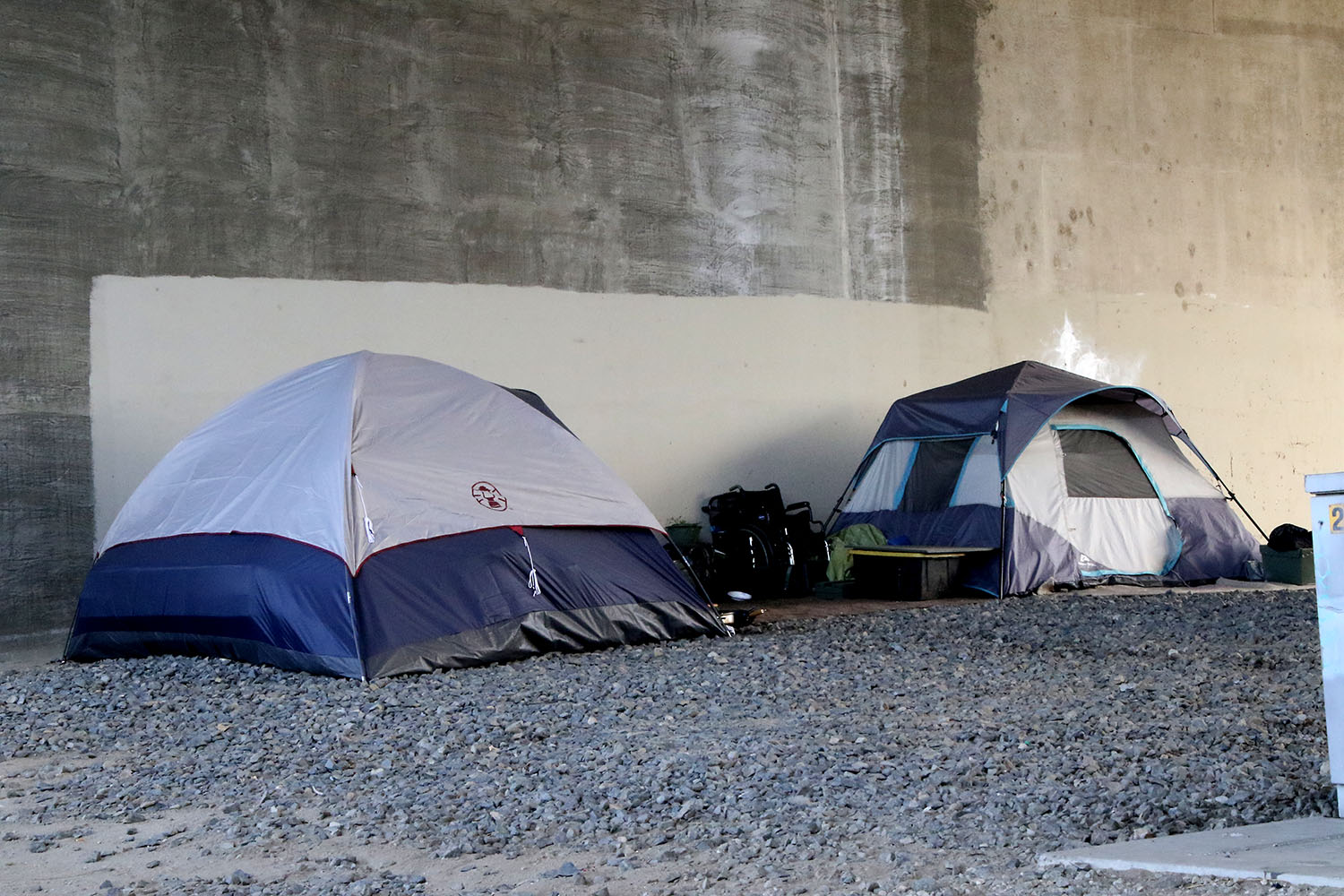 Measure H was a measure where all cities belonging to the county of Los Angeles were to take part. The measure had cities putting 1/4 of a cent into a fund that would then later be used to combat homelessness. After all was said and done, the county of Los Angeles notified Burbank that all cities did not take part, and that the $8 million dollars that Burbank raised to combat homelessness would not be available for use. Instead, Burbank will have to apply and compete to gain access to the fund.

The fund was supposed to generate $355 million a year, but was decreased to $258.9 million because seven cities are not contributing due to a 10.25 percent sales tax cap law.

As for where Burbank goes from here, City Council has the option to adopt any of the strategies proposed, authorize the Community Development Director to execute a planning grant, submit the Burbank Homelessness Plan to the County of Los Angeles, and then implement the plan.

You can view the Tuesday’s City Council meeting at the following link:

To skip to the Homelessness Plan, and Measure H discussion, fast-forward to 2:48:00.

Release provided by the City of Burbank:

The Los Angeles County Department of Public Health (DPH) has declared an outbreak of Hepatitis A virus (HAV) among populations who are homeless and/or use illicit (injection and non-injection) drugs.  Please see below for more information.