Joaquin Miller Elementary School second-grade teacher Ericca Dent has recently been named as one of 10 Los Angeles County Teachers of the Year for 2020-21 by the L.A. County Office of Education. She was named Burbank Teacher of the Year earlier in the year.

The Teacher of the Year program aims to honor outstanding teachers throughout Los Angeles County and Burbank regularly has a teacher recognized nearly every year. The ten honorees for the 39th annual LACOE Teachers of the Year were announced on October 1.

“Being named as Burbank’s Teacher of the Year and one of LACOE’s Teachers of the Year has been a wonderful experience,” commented Dent. “I feel very grateful to be recognized for such an incredible honor. The day after the announcement, I started my class Google Meet by thanking my students for allowing me to be their teacher.” 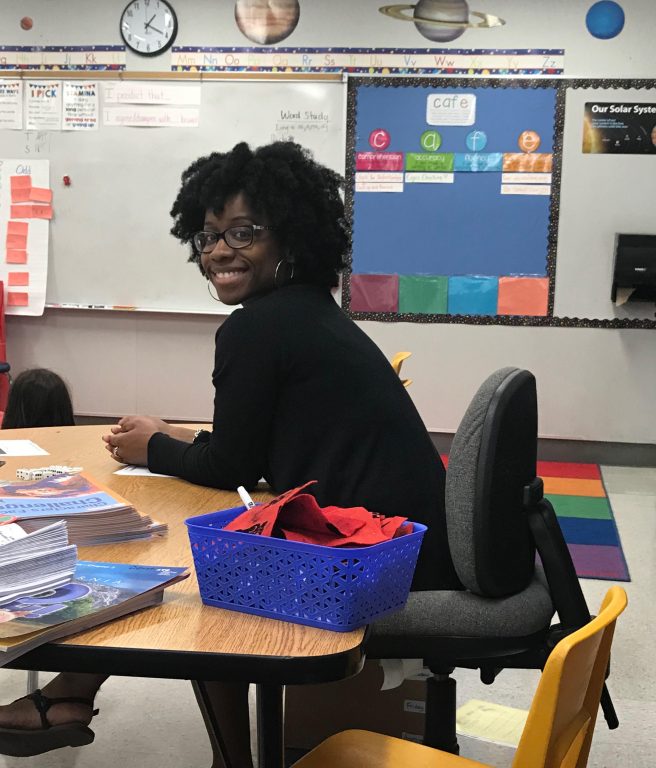 Miller Elementary second grade teacher Ericca Dent is the 2020-21 Burbank Teacher of the Year and one of ten honored Teachers of the Year for Los Angeles County. (Photo Courtesy Ericca Dent)

“I’m just thankful that I get to do something that I truly love,” she added. “All of my students over the years have taught me so many lessons and have helped me become the educator I am today.”

Dent has been teaching for nine years and for the past six years at Miller Elementary. Her first three years in teaching was at Baker-Butler Elementary in Charlottesville, VA, before she moved to Los Angeles. 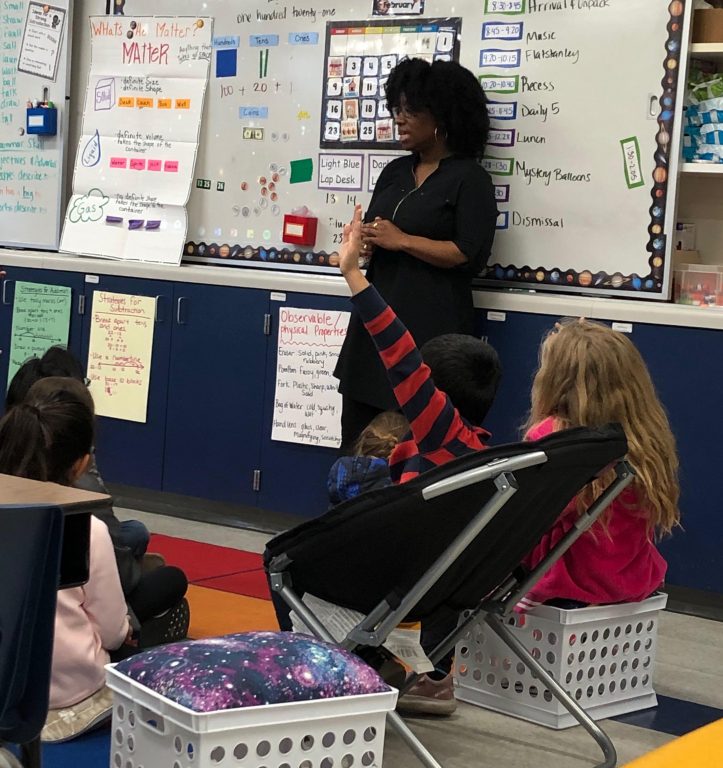 Dent taught third grade for her first year at Miller; she has taught second grade since then.

“I’m committed to establishing a safe and welcoming community for all students where they are free to make mistakes and be themselves,” she said.

The Chester, VA, native moved to Harrisburg, PA, with her family at age 15, where she attended Susquehanna Township High School. She then attended The College of William and Mary in Williamsburg, VA, receiving a Bachelor’s degree in psychology in 2011 and her Master’s in elementary education in 2012.

“Distance learning has been challenging. I miss being with my class physically. I miss greeting them at the door with a hug or fist bump, sitting at the carpet for read alouds and doing fun group projects where students are interacting with one another,” Dent commented. “Of course, some of these things are still possible, but it’s different.”

“All the ways I know how to help, challenge, and engage kids, I’ve had to rethink. I’m unable to quickly hand out manipulatives or throw up a quick anchor chart. Everything takes so much more time and so much more thought, and then it still may not work.” 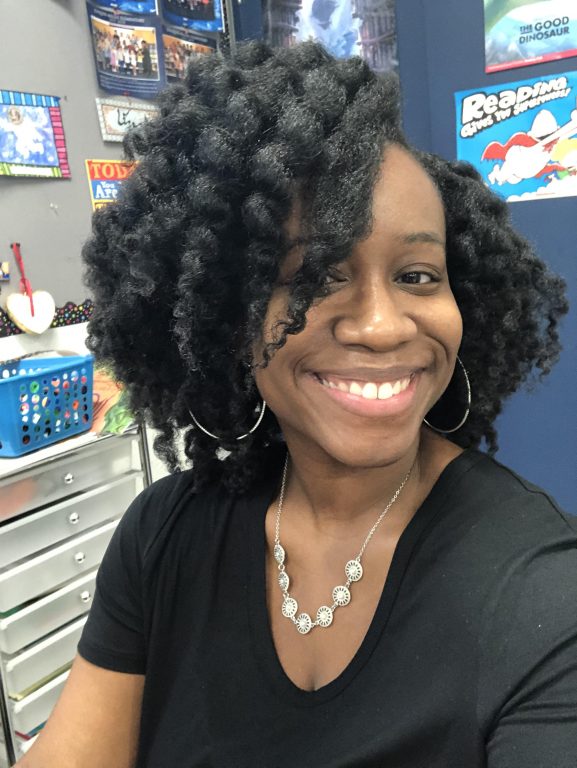 “Thankfully, my students (and their families!) have been very patient and understanding. I make sure I have brain breaks at least every 10 minutes, so the kids are up and moving. Sometimes we’ll play Simon Says, watch a GoNoodle video or simply stretch.”

“I also make sure I check in with them at the beginning of the day,” Dent continued. “We’ll show each other how we’re feeling by giving a thumbs up or thumbs down. I’ll then ask for students to share why they’re feeling good or bad. It’s a great way for us to encourage each other.”

“Although it’s been challenging, my students still show up ready to learn. We’re in it together and we’ll get through it together.”

“I am so thankful to have Ericca Dent as a teacher at Miller,” commented Miller Elementary Principal Judy Hession. “Her positive energy and attitude is inspiring! I appreciate that Ericca takes the time to get to know her students and build a classroom community that encourages them to work together, be respectful to each other, and to care about one another.” 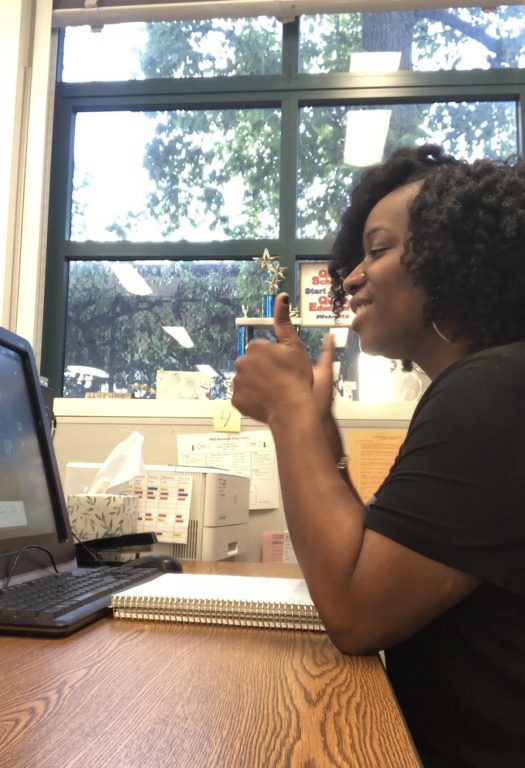 “It is important to Ericca that her students are taught that they can make a positive contribution not only in her classroom but in our school, city, state, country and the world,” Hession also said. “We are so proud that Ericca was named one of the ten L.A. County’s Teachers of the Year! This is a well deserved recognition!”

“Ms. Dent is an amazing teacher who is always finding new ways to connect with her students,” said BUSD Superintendent Matt Hill. “We are so grateful to Ms. Dent for her dedication to our students.”

The 10 Los Angeles County winners automatically advance with other county titlists from around the state to the California Teachers of the Year competition this fall.

The state is scheduled to announce its five co-winners in October. One of the state co-winners will be chosen to represent California in the National Teacher of the Year contest in Spring 2021.

The Los Angeles County Teachers of the Year Program is the largest local competition in the state and nation, and is part of the oldest and most prestigious honors contest in the U.S. for public-school teachers.

Miller Elementary second grade teacher Ericca Dent is the 2020-21 Burbank Teacher of the Year and one of ten honored Teachers of the Year for Los Angeles County. (Photo Courtesy Ericca Dent)

Myers first started at JBHS as an English teacher and when the drama teacher retired, he was offered the chance to take over the program. In the ensuing years, he’s built the JBHS Drama Program into multiple classes of Drama 1, Drama 2, Musical Theater and Advanced Play Production which enrolls hundreds of students in grades 9 – 12. 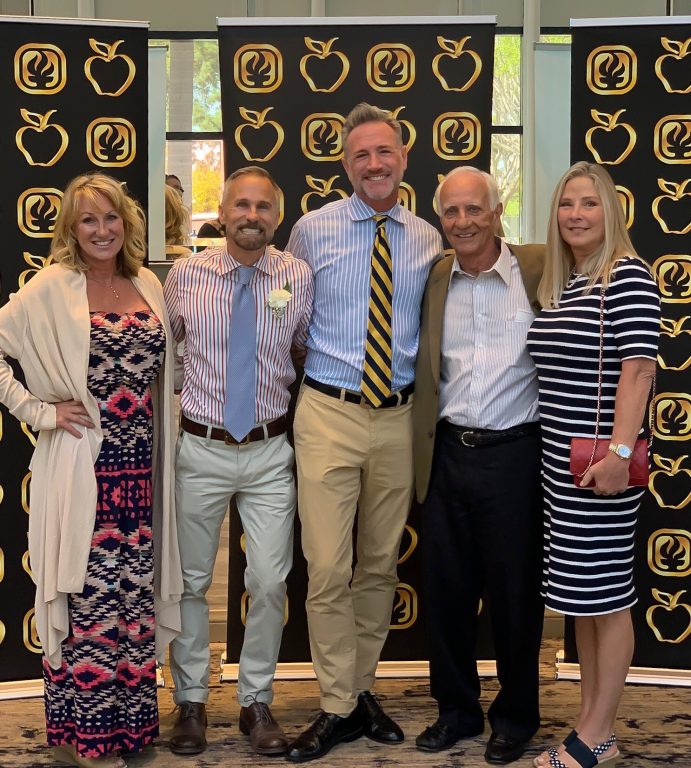 “I’m a theater geek – I always have been, and I always will be,” commented Myers. “After graduating from Yale with a degree in Theater Studies and serving as president of the Yale University Dramatic Association, I traveled the U.S. performing, writing and directing.”

“But I was most inspired working with high school and college students in the theater classroom. It’s magical. When nurtured to express themselves creatively, students find their voices and shake off their fears. It was challenging and rewarding, and I knew I had to be a teacher.”

So he earned a Master’s degree in education and a teaching credential in English from Mount St. Mary’s College in 2005. Two years after that, he happened to be driving past JBHS right as school was letting out.

“The energy and enthusiasm from students leaving campus were electric, and I turned to my friend and said, ‘I’m going to teach drama at this school.’ Mission accomplished.” 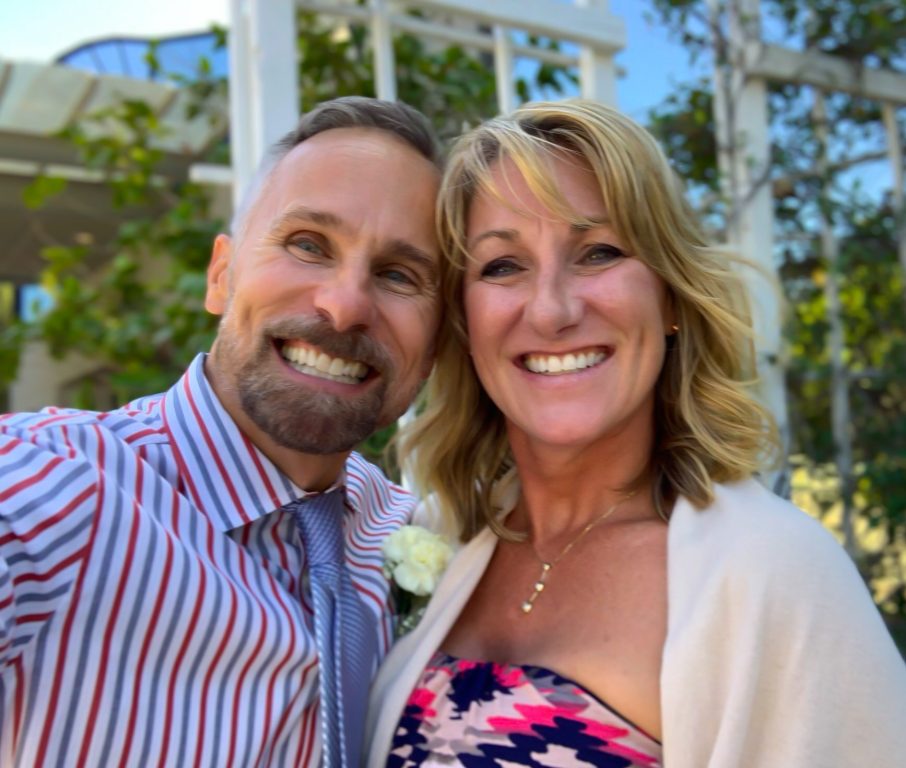 “I’m extremely proud of Burroughs’ theater program, which I built from scratch beginning with only a few students,” Myers continued. “We perform three mainstage productions annually and have earned statewide and national attention from multiple theater organizations.”

“While accolades are flattering, what’s most gratifying is seeing students reach their potentials and step onto the stage or into the world with bravery and confidence – knowing they can and must share their stories with us all.”

Myers “loves teaching his students to express themselves creatively, find their voices and share their authentic selves. Through the art of storytelling and the power of words, [he] hopes to embolden his students with confidence and bravery as they walk out onto the stage or into the world.”

Several of his students have written comments about their experiences in the JBHS Drama Program that Myers read aloud at a recent Burbank Arts For All Community Exchange meeting highlighting successful BUSD progams in the arts. 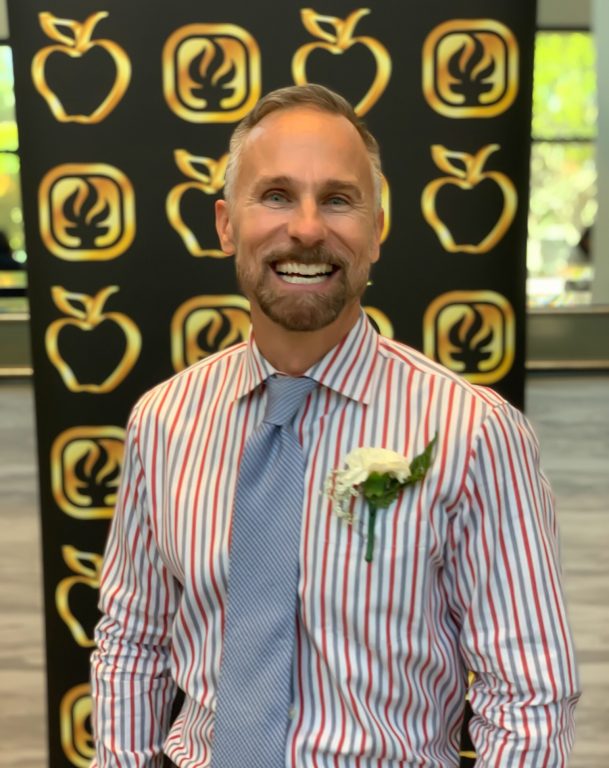 Burbank Teacher of the Year for 2019, John Burroughs High School Drama teacher Guy Myers, was selected as one of the 16 Los Angeles County Teachers of the Year on Friday, September 20. (Photo Courtesy Guy Myers)

“I can’t think of a single reason to be open about who you are in high school. It must seem a bit of a played-out trope, hating high school. But it’s a trope I’m guilty of,” wrote one of Myers’ students. “I felt I had to put on an armor every day to get through the day. The armor held all the parts of me that made me individual.”

“I don’t know how Mr. Myers did it. He created a space freeing in a place that is anything but. He nurtured creativity, honesty, self-expression of his students in his classes,” the student continued. “He created a space where young people felt safe to try out who they were for an hour of the day. My education comes from the experience of being open in the sight of others.”

Now that Myers has been selected as one of the 16 Los Angeles County Teachers of the Year, a State selection committee will review the candidates’ applications and visit their respective schools to see the teachers in action and the California Department of Education will conduct another interview. The State Superintendent of Education will then choose the five California Teachers of the Year and announce the honorees in October.

JBHS Drama’s first performance of the season is The Curious Incident of the Dog in the Night-time,” which runs November 22-24 at the high school auditorium. More information on the JBHS Drama program can be found here.