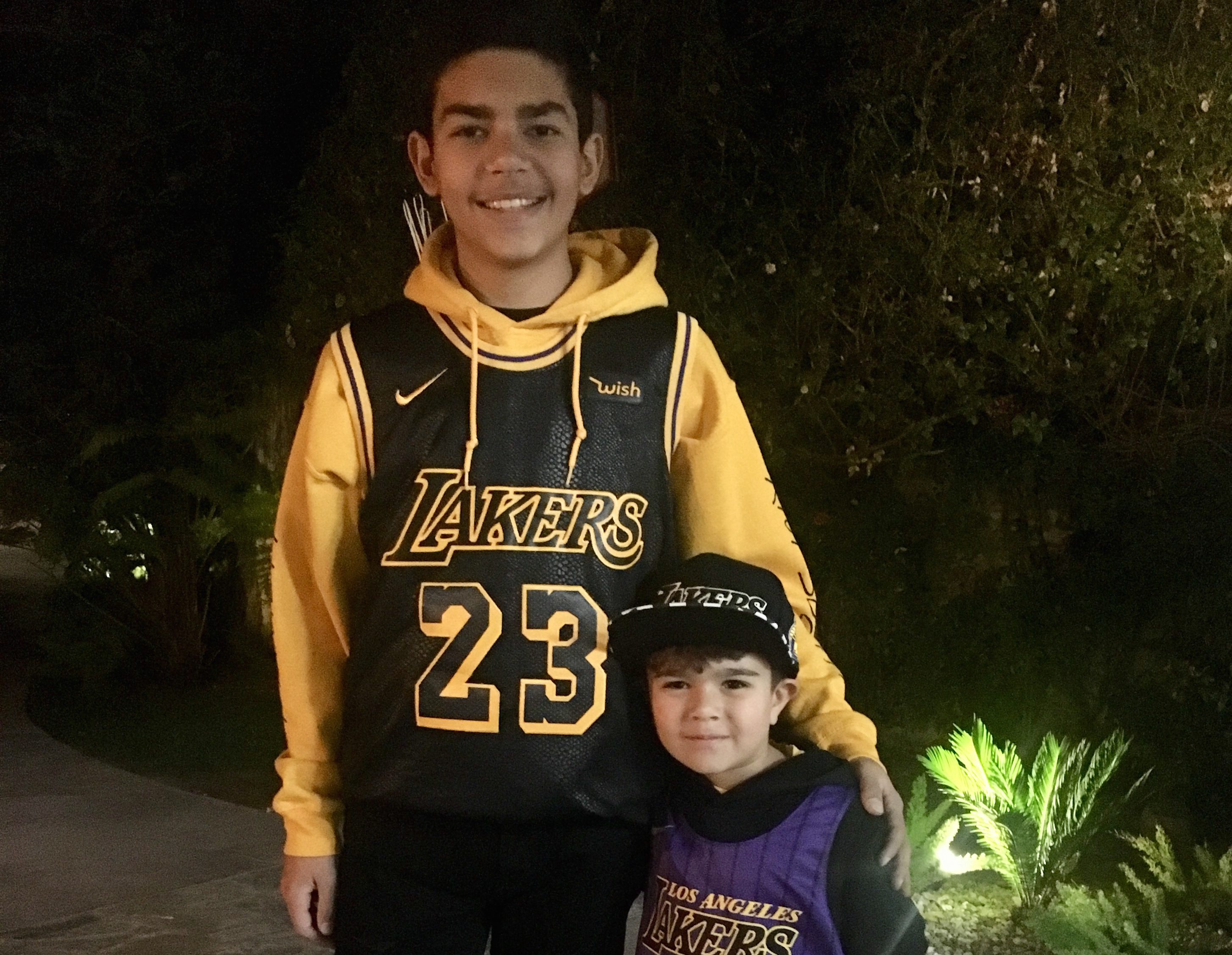 Like many other teenagers, Micah enjoys playing golf, practicing the drums, and devoting time to his studies. He’s close to his family and is a great big brother to 7-year-old Mason. Unlike most of his peers, however, he has had to develop a strength of mind and character due to tragic circumstances.

Micah was diagnosed with FSGS, a rare, chronic kidney condition, in 2011 at seven years old. At the time, the Homoyounians had no knowledge of the disease and scrambled to find out any information they could about FSGS. Micah’s father, Mike Homoyounian, says the reports they found while investigating quickly brought up major concerns.

“The first thing we did was we went searching, researching online,” Homoyounian said. “And at the time the information was a little scattered and [FSGS is] still considered a new disease. We read some stuff and we started panicking because most patients have three to five years…And this at first hit us hard. We were panicked… Not much is known about it, and there is no protocol of treatment.”

As a result, Micah has gone through extensive experimental treatments over the years and currently has to take 12 to 13 pills a day, along with a nightly shot.

“Really, what they do is they try different treatments and combinations of medications to see if it might work on that patient,” Homoyounian said. “Since he’s been in second grade, he’s pretty much been just full of medications, different medications, constantly changing. And it really takes a toll on your body.”

The various tests of different medications have left Micah with a constant battle of facing extreme side effects. One treatment option caused the levels of Micah’s potassium to get so high that it was deadly. Another, although at first showing promising results, resulted in a sharp increase in blood pressure, and others made Micah fatigued to the point that even getting out of bed became very difficult.

In the face of adversity, however, Micah has stayed strong and never complains about the daily struggles he endures. Throughout his academic career he has fought through FSGS and made significant accomplishments in the classroom and in his extracurricular activities.

“He played competitive sports…flag football teams and basketball teams and baseball…He graduated from elementary through junior high with straight A’s,” Homoyounian said. “And this past year he did mock trial and was voted MVP. He made varsity golf at Notre Dame and he just finished his final his sophomore year with a 4.0 [GPA].”

The family’s goal has been to get Micah through his high school career at Notre Dame, but they recently received devastating news regarding his condition.

“Two weeks ago, [our doctors] set up a conference and said, look, you know, the truth is it’s not it’s not going to happen,” Homoyounian said. “He’s not going to make it through high school…so we pretty much have six months now.”

Consequently, the family is urgently seeking a donor for Micah to get a new, healthy kidney. Any potential candidates must have type O blood (either O- or O+), be between the ages of 21 and 40, and be in good mental and physical health.

Although Micah is on the list for receiving a kidney from a deceased donor, the wait time can last years. Additionally, there are benefits to receiving the kidney from a living subject.

“With a living donor, there are the luxuries, obviously, of scheduling,” Homoyounian said. “But more importantly,… it gives you a better quality of life. It gives you a longer life than getting a deceased donor.”

Homoyounian hopes that a donor can be found to give his son a new chance at a prolonged, healthy life. Micah’s tenacity is inspirational to those around him, and his family appreciates anyone who can come forward to try and show the same courage through a kidney donation that Micah has displayed while living with FSGS.

“I know he’s my son, but he’s exceptional,”  Homoyounian explained. “He’s my hero because this kid, he had every reason to make excuses and had every challenge…[He never said] ‘I’m struggling in this class because I don’t feel well.’ He never did. Even when I would tell him to take it easy…It wasn’t an option.”

Anyone who is interested in inquiring about becoming Micah’s donor or wants to learn more about his story can visit his website or send a message to his website’s email here: