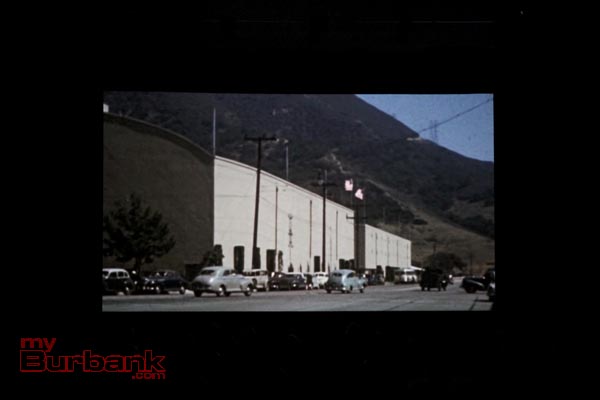 Last week I saw a documentary film about four brothers that made the movies talk.  Four brothers that shortly afterward (1928) planted their studio in Burbank and made it a big part of Hollywood. Four brothers that came to this county without a dollar in their frayed pockets or so much as a day’s formal schooling. They received their education in a gritty world that offered few safety nets beyond what a cohesive family could offer.

But America was a much better world for them than the one their parents left behind in the Poland of the 19th century. Their father had brought them to a land where the anti-Semitism was less virulent, and where there was a real hope that his children would have better lives than he did. His hope was not in vain.

The Brothers Warner: Harry, Albert, Sam and Jack. Harry was the steady-handed leader who never strayed from his moral compass. Sam was the artist and dreamer who saw the potential of the “Vitaphone” technology to turn the silents into the talkies. Albert tried to be the peacemaker between Harry and flamboyant kid brother Jack, who would one day break his Harry’s heart.

And Cass Warner-Sperling is the granddaughter (Harry’s) who makes us see just how amazing her grandfather and great uncles were, flaws, personal tragedies and all. She wrote, directed and produced The Brothers Warner. She used never-before-seen photos and footage from the family archives. More importantly, she brings her own insights formed since the days when she wandered and played among the back lots of Warner.

Cass had already authored the book, “The Brothers Warner.” Whether you read the book or watch the documentary, it’s easy enough to conclude that there’s a rollicking good movie or miniseries that could also be made about these film pioneers. The Burbank International Film Festival (BIFF) could not have chosen a more appropriate work for their opening night at Warner Bros.

If our modern day elites—the so-called “1%” of Occupy fame—were more like the brothers Warner, they would be admired rather than reviled.  To be sure, the brothers Warner wanted to make money, but they also wanted to make movies. Their contributions gave far more to this country than they received from those who willingly paid for their tickets. And the brothers’ collective conscience gave the movies a voice that informed as well as entertained.

Warner Bros. exposed the brutality of the Depression Era prisons and sparked  reform. In spite of opposition from powerful interests more interested in profiting from 1930’s Nazi Germany than exposing it, their movies sounded the alarm about the atrocities occurring there. The brothers Warner never forgot that but for their dear father, they too may well have been marched off to a concentration camp.

Few people resent the man or woman who come by their wealth honestly: who give the world something good and wonderful, be it their version of better mousetrap (or mouse) or a winning game or a knockout performance. When people shake their fists at the “1%”, their rage is directed at the Wall Street Madoffs, and at the industry bigwigs that buy off politicians to injure their competitors, and at the execs who have no moral qualms about boosting quarterly profits by taking advantage of desperate, suicidal workers in Asia, and at the CEO’s that bail out with 50 million dollar parachutes as the companies they mismanaged crash and burn.  In short, the rage is against anyone who cheats their way to the top rather than earns their way to the top.

It took guts to be a movie pioneer. Cass’s documentary makes us appreciate that it was far from clear that “talking movies” was a good idea. A lot of industry pundits were poised to do the autopsy on what they were sure would be a failed Warner Bros. studio. But the brothers trusted Sam, and each other, and won the battle for the public’s dollar. The brothers trusted Harry when he insisted on movies that awakened the public’s social conscience as well as entertained. Those were the “one-percenters” that you could love, or at least admire.

John Steinbeck once said that in America, “the poor see themselves not as an exploited proletariat but as temporarily embarrassed millionaires.” The poor aren’t naive. They know only too well that only a small fraction of them will soar far above their poverty. But until lately, there was reason to believe that their children, and their children’s children would have it better than they did, and many of them would become society’s future movers and shakers.

No one at the turn of the 20th century would have supposed that four unlettered kids would transform the world of entertainment. But the America of that time, for all its injustices, allowed those with talent and grit and virtue to rise. At least, often enough to make their society a far richer one. That’s the America we desperately need today.

The brothers Warner: an example of how the other 1% should live.