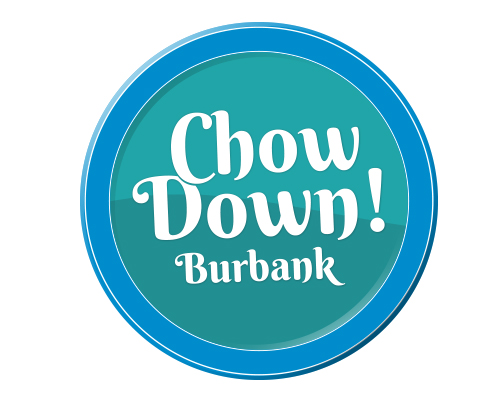 The Burbank Chamber of Commerce, in partnership with the City of Burbank, has officially launched their restorative initiative for local restaurants, called Chow Down Burbank!.

Chow Down Burbank!, which begins today, is a 90-day program that consists of extensive promotion for local Burbank restaurants as they begin to recover from COVID-19. Marketing agency Counterintuity has been instrumental in implementing various features for the campaign, such as a robust social media strategy, daily updates showcasing Burbank businesses, and monthly prize contests for visitors to local eateries.

“Everyone at Counterintuity is thrilled to be part of this effort,” Lee Wochner, Counterintuity CEO and Chamber of Commerce Board of Directors member, said. “The restaurants in Burbank are important to the community and important to us. …Helping them get back on their feet is incredibly meaningful and helps all of us.”

Over the course of Chow Down Burbank!’s three-month timeline, visitors to Burbank restaurants will be encouraged to take photos documenting their dining experience, then post the photos on their social media accounts using the hashtag #ChowDownBurbank. From these posts, participants are to be entered in monthly drawings for exciting prizes, like tickets to major Los Angeles sporting events, hotel stays, and more.

All Chow Down Burbank! services are available free of charge for any Burbank restaurant that chooses to get involved, including diners and dessert locations. Chow Down Burbank!’s website and Facebook page were introduced the week of June 13, which have been followed by Twitter and Instagram accounts. Endorsements from celebrity influencers will also be announced in the near future.

Currently, the Chamber’s focus is on their first phase of the campaign, which is geared towards signing up as many Burbank restaurants as possible for the project. Chamber of Commerce CEO, Jamie Keyser, has been facilitating outreach amongst a team of chamber ambassadors to get Burbank food spots on board. So far, their efforts have resulted in dozens of restaurants joining Chow Down Burbank!. As Burbank businesses were allowed to reopen at full capacity with limited restrictions starting on June 15, the program is timely in lending a helping hand to restaurants that still may be short-staffed or otherwise struggling.

This includes an easy-to-navigate website, complete with a quick four-step online sign-up form for businesses. The City Council voted to contribute $50,000 to the campaign at their April 13 meeting as an offering of their support for Burbank food businesses. With around 400 diverse restaurants throughout the City, the Chow Down Burbank! team hopes to inspire people to move away from familiarity and try out a new Burbank food provider.

“This is a real opportunity to get out and explore some new options,” Keyser said. “There are so many amazing restaurants in Burbank…[We want] to be able to support all of the restaurants within our community and [are] asking people to come out of their comfort zones and try something new.”

Contributors to Chow Down Burbank! have discovered new restaurants they had never visited before their outreach, even though a number of them are Burbank locals. Wochner came to the realization that he and his wife often order from the same handful of Burbank restaurants, and Counterintuity’s efforts in the program have expanded his horizons to learn about a variety of dining options in the City.

“Of the restaurants that helped us in the planning, I was already a patron of The Tallyrand, Porto’s, Poquito Mas, and The New Deal,” Wochner said. “Now that I’ve heard so much about Submarine King, the Morrison, Life Rooted, and a few others, I’m eager to check them out.”

With strong local support and a steady flow of sign-ups, Keyser feels optimistic about how Chow Down Burbank! will aid local restaurants in the early stages of economic recovery. Looking ahead, the Chamber of Commerce hopes to extend the program past its 90-day mark and include a variety of businesses beyond restaurants and diners in the future.

“This is phase one of something that’s ongoing,” Keyser said. “We understand that recovery is going to take at least two to three years. So we want to make sure that with the Chamber and the City that we’re invested for the long haul in recovery for our small businesses.”