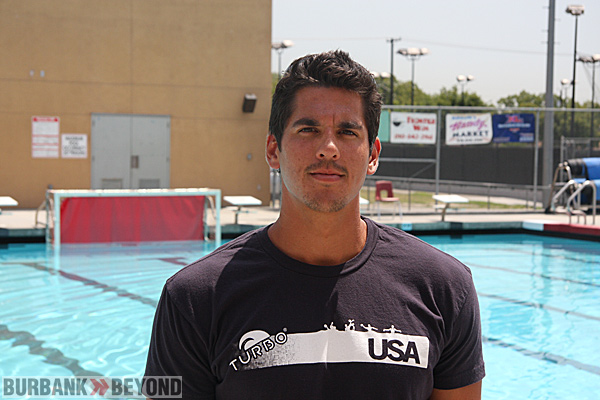 It has been often said that it takes four years to build a successful program. If that holds true, then the Burroughs boys water polo program will take the next step to gain prominence. The Indians enter the season with high hopes of making the CIF postseason playoffs for the first time since 2006.

“It was so hard for me to sleep because I was so excited for hell week to get started,” Burroughs Coach Danny Garcia said. “We have 28 or 29 players in the program and we haven’t seen that in years. It’s not just quantity but we have the quality now. We have continuity here and the kids know what to expect. Continuity breeds success.”

Garcia, 24, begins his fourth year at his alma mater (JBHS ’06) with aspirations of raising the level of excellence. A standout water polo player in his own right while at Burroughs, Garcia returns eight lettermen and six returning starters from a team that finished 11-13 overall last season but only 1-6 in the Pacific League.

“We started strong last season but fizzled out towards the end,” said Garcia, who was a first-team all-league selection his junior and senior years at Burroughs in 2004 and 2005. “You live and you learn. I’m about finding the happy medium. I expect good things this year.”

Burroughs will rely on the talents of brothers Kevin and Casey Ueno to lead the way. Kevin, a senior, and Casey, a junior, each made a major impact on last year’s team. Casey led the Indians with 74 goals and tied his brother for a team-high 25 steals. Kevin scored 27 goals which placed him second behind Casey.

Two peas in a pod? You might say so. They both earned all-league honors for their efforts in 2011.

“They are tremendous swimmers,” Garcia said. “They are not afraid of anybody. They are super aggressive and their work ethic is insane.”

Senior Max Young and junior Oscar Hernandez will be looked upon to add to the offensive punch for the Indians. They combined for 28 goals last season with Hernandez forcing a team-high 24 ejections.

“They will help us out a lot,” Garcia said. “They are great ball handlers who I can trust all the time.”

One of the major changes Garcia implemented to aid the team was moving last year’s goalie, Daniel Mairena, to the two-meter position for this upcoming season. Mairena, a senior, has experience playing offense too as evidenced by his 21 goals of a year ago. But his 135 saves will be replaced by Dillon Wiegand, a junior varsity player with tons of potential.

“Daniel has a wicked cannon and we need him to take more of a leadership role to help the team succeed,” Garcia explained. “Dillon is like a brick wall. He’s doing really well.”

The Indians are participating in a brutal week of two practices a day. Team chemistry, strength and aggression are the focal points of the fall camp.

“I expect us to be a very aggressive team and a very smart team. Aggression usually wins,” Garcia said. “I keep telling the team,‘be more aggressive; don’t be the one who is the victim.’”

Crescenta Valley has been traditionally the team to beat in the Pacific League. However, Glendale became the top dog by taking the league crown last season. Burroughs has its sights set on breaking into the top echelon of the league.

“We are going to have a very strong season this year,” Garcia said. “If everything goes how it is supposed to, we should be fighting for the championship.”