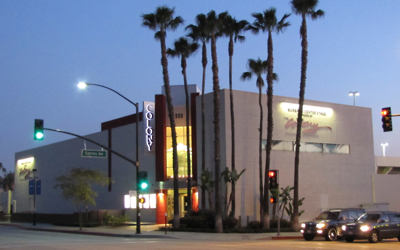 The Savannah Disputation, the Colony Theatre’s lead batter in its “Season of Premieres”, sent one sailing over the centerfield fence and into the far bleachers last Saturday. Be prepared for 90 fast minutes of crackling drama and laughs galore.

Twenty-something Melissa (played by REBECCA MOZO) is a Pentecostal, evangelical missionary to…Catholics. (There seems to be a never-ending debate as to which faith communities belong under the Christian tent.)  Melissa wangles an invitation from timid, never-married Margaret (BONNIE BAILEY-REED) to come back and talk to her some more about the error of her Catholic ways. This riles her housemate and cantankerous sister Mary (ANN GEE BYRD).

Mary: I know Jesus loves me. It’s you that he hates.

The amiable Father Murphy (JOSH CLARK) shows up for his weekly dinner with the sisters. He has no idea he’s about to be thrown into the arena with the returning Melissa to do biblical battle.

But none of the characters yet realize how high the stakes become when people serious about their beliefs contend with one another.

Director CAMERON WATSON did equal justice to both the humor and the heartbreak of Playwright EVAN SMITH’s masterful work. The actors were superb. Their portrayals were so compelling that it was actually jarring to encounter their real-life personalities after the show.

Throughout our country’s history, there has been a tension between our passionate personal religious beliefs and the toleration of other beliefs. In 1960, some Americans worried that John Kennedy’s Catholic beliefs wouldn’t sit well with his being the President of the United States. In 2012, the religious beliefs of both leading presidential candidates have become an issue with some Americans. America is a continuing experiment in what unifies a country when there is no overpowering ethnic or religious majority.

The Savannah Disputation suggests one way forward: the willingness to debate differences rather than silence them. And at one level, the play celebrates an America where people are free to evangelize, and equally free to resist evangelization. At a deeper level, we see the overarching Christian beliefs uniting the characters even as they debate, to those of us who are non-Christians, the fine points.

But at an even deeper level, The Savannah Disputation is about a brief, shining moment of authentic community, where honest differences of opinion are aired rather than hidden and, to paraphrase the New Testament , “hearts are laid bare”.