UPDATED: Police now say they have Cameron Hansen (29) of Santa Clarita, in custody. At first what was believed to be three stabbing victims, was downgraded to two people stabbed and a third was alleged to be assaulted by Hansen

Burbank Police were called to a home at 728 Roselli St. in Burbank a little after 11 pm Tuesday night after a person called to say there had been a stabbing. 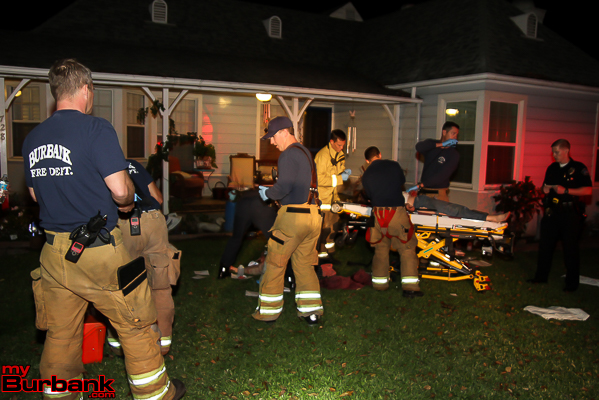 Once police arrived, they found that there had been a total of three people assaulted by a male suspect who had fled the scene on foot. The victims apparently knew the man but it was not clear what his relation was to them.  Three paramedic ambulances along with other support personal were sent into the bloody scene.

Paramedics transported all three people to a trauma center in unknown condition. 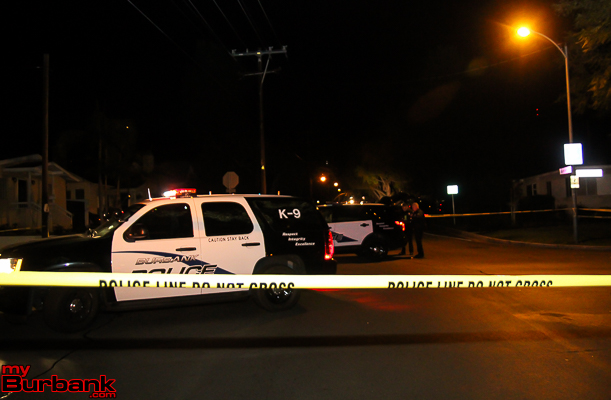 Police immediately set up a perimeter in the area Elm and Kenneth, about two blocks on the Glendale side of the border.  The suspect, described as a male white, 29 years-old, about 5′ 10″ and around 190 pounds with blonde hair and blue eyes had on a black hoodie and jeans was believed to be armed with a four inch pocket knife.

After locking down the area with help from Glendale Police and two units from the Pasadena Police Department, began a house to house search with their K-9 in hopes to pick up the suspects trail.

Police impounded a car that belonged to the suspect a couple of blocks from the stabbing scene.

Additional information will be available once Detectives talk to the victims, and a complete search of the scene is made.