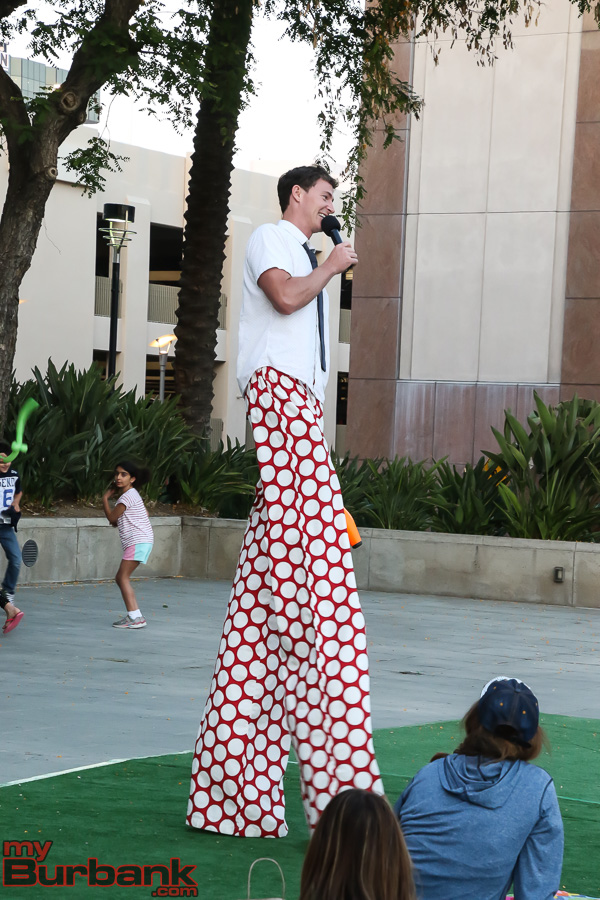 Small children darted around the crowd of parents seated on artificial grass and played next to a 10-foot juggler on stills who was also making animal balloons, while they all wait to watch the movie Jumanji on an outdoor inflatable movie screen.

The Burbank Town Center is hosting a seven-week series, Movies Under the Stars every Thursday through the Summer.  A Wrinkle in Time, Coco, and Star Wars: The Last Jedi are some of the movies that will be played.

“We wanted to do a community-oriented event that was fun during the summer, that would bring families to the shopping center,” Marketing Director Sara Sherman said.  “Let them enjoy an evening watching movies, being with their friends and families outside under the stars.”

“Just so long as they’re [children] together,” said parent Stacy Pasetta. “Just being out with their friends, being outdoors in some kind of event.  We miss the drive-ins and this is as close as we can get.” [Laughs]

Parents enjoyed the evening out too.  Robert Morris watched his kids leap and run with the other children while seated with his wife.

“Its summer, so I thought I’d meet some friends and have my kids play with some other friends here in Burbank, watching one of the best movies of last year,” 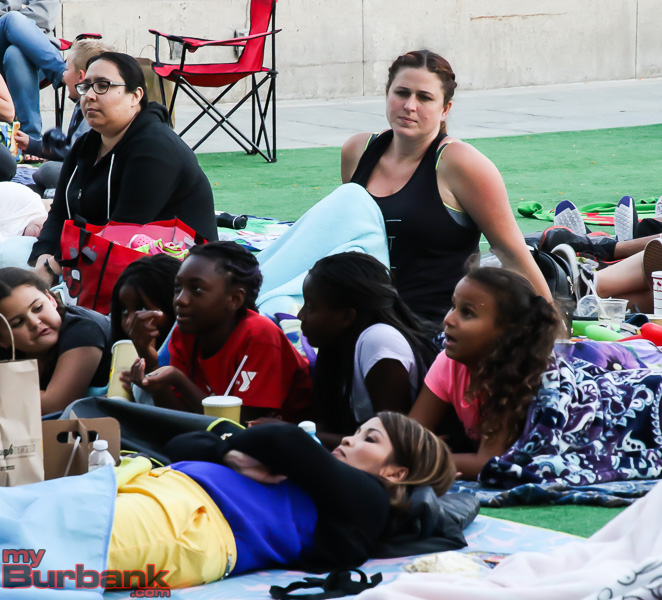 Many parents brought meals to eat before the start of the movie, and the pizza was a favorite on the menu.  Candy was the young moviegoers favorite.  Mackenzie voraciously ate licorice while viewing Jumanji.

The film drew all ages with young parents holding babies to middle-aged parents with teenagers.

The Burbank Town Center will be exhibiting movies every Thursday from 6 p.m.-10 p.m., and the series will run until August 9th.  The films will be shown next to the old IKEA building across from the California Pizza Kitchen in Burbank. Parking is in the mall garage across the street from the event.