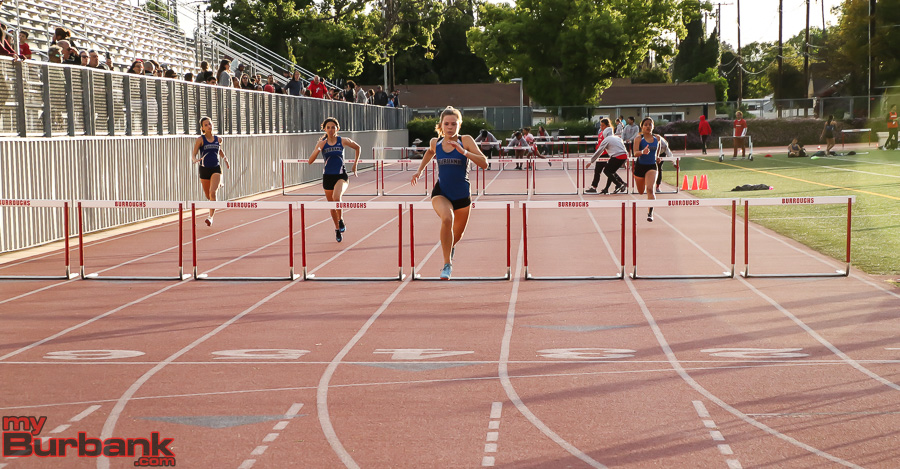 After having a large number of athletes not participate in either swimming or track and field last year, local teams are hoping to build back their teams with more competitors.

The Bulldogs have a strong core returning from last season, led by senior sprinters Jack Sapyta and Sebastian Ottoson as well as sophomore Daniel Schenk.

Sophomore Ricardo Mujica has looked strong in the distance events.
Burbank will be strong in the boys high jump with junior Kai Sebastian and Jagg Richer. Sebastian is also a solid long jumper.
Freshman pole vaulter Ogden Lucsik appears to have a bright future.

On the girls side, Burbank will be led by senior Emma Cusumano, who can compete in a number of events, but is probably strongest in the hurdle events. She can also compete in the long, triple and high jump events.
Freshman Amelie Guyot was the Pacific League champion in cross country and is improving as a distance runner.
Freshman Carolina Leon and sophomore Juliette Lambert have looked promising in the 400.

The Bears have a handful of solid athletes who have already put together some solid marks and should make the team competitive. Burroughs did lose Eli Gault-Crabb, the new school record holder in the pole vault and one of the best in the nation, to graduation.
Senior distance runners Robert Church, Jalen Leighton and Leon Rubarts have all impressed in the early part of the season. Senior hurdler Chase Eldridge has also looked strong as have junior sprinters Dilan Webster and Darius Howland along with senior Winsor Harmon. Webster is also an accomplished long jumper.

Burroughs will be strong in the distance for the girls with seniors Sophia Navarro and Zoe Askerneese being the veterans. Junior Vivi Cannon and freshman Isabella Galustians are two others to look out for.
Junior Sofia Samuelson and sophomore Jailyn Turner are sprinters to keep an eye on.
Freshman high jumper Quiana Laughlin is another one to keep an eye on. Junior Otelia Lighthill has shown promise in the discus.
“These young athletes have been through an unprecedented time, with the pandemic and all, so the goal for the season is simple, it’s to be happy, stay healthy, and run fast,” Burroughs coach John Palma said.

“We’re looking forward to having a full team this year. We’re looking to build back up the team,” coach Jacob Cook said.
Senior Justin Cloutier is a freestyler who figures to lead the boys team.
The girls team is led by senior sprinter Liliana Noriega. Freshman Camilla Guillermo appears to be the next star to come through the program.

Burbank swimming
The Bulldogs have not been able to use their own pool in over a year, something it faced in the 1990s following the 1994 Northridge earthquake, which caused enough damage for Burbank to close that pool for good.

“(Our) swim team has managed to prepare for our season with just a few weeks of practice before competing, a feat in and of itself. Having our pool under construction, swimmers have to balance evening practices at off-campus locations with already tight schedules in their Spring semester,” coach Joseph Klink said. “This season, our goal is to show up, proudly, every time. We will demonstrate to ourselves and our community that we can overcome these challenges, and give our absolute best performance in spite of them.”