On Sunday, December 3, ‘Merry TubaChristmas’ will hold their annual musical concert at  Hall of Liberty, located at Forest Lawn Hollywood Hills, 6300 Forest Lawn Dr., Los Angeles, CA 90068. The Hall seats 1,200 people and is free to the public. This concert has been played every holiday season for the last 41 years and is comprised of hundreds of musicians playing the tuba and the baritone/euphonium. 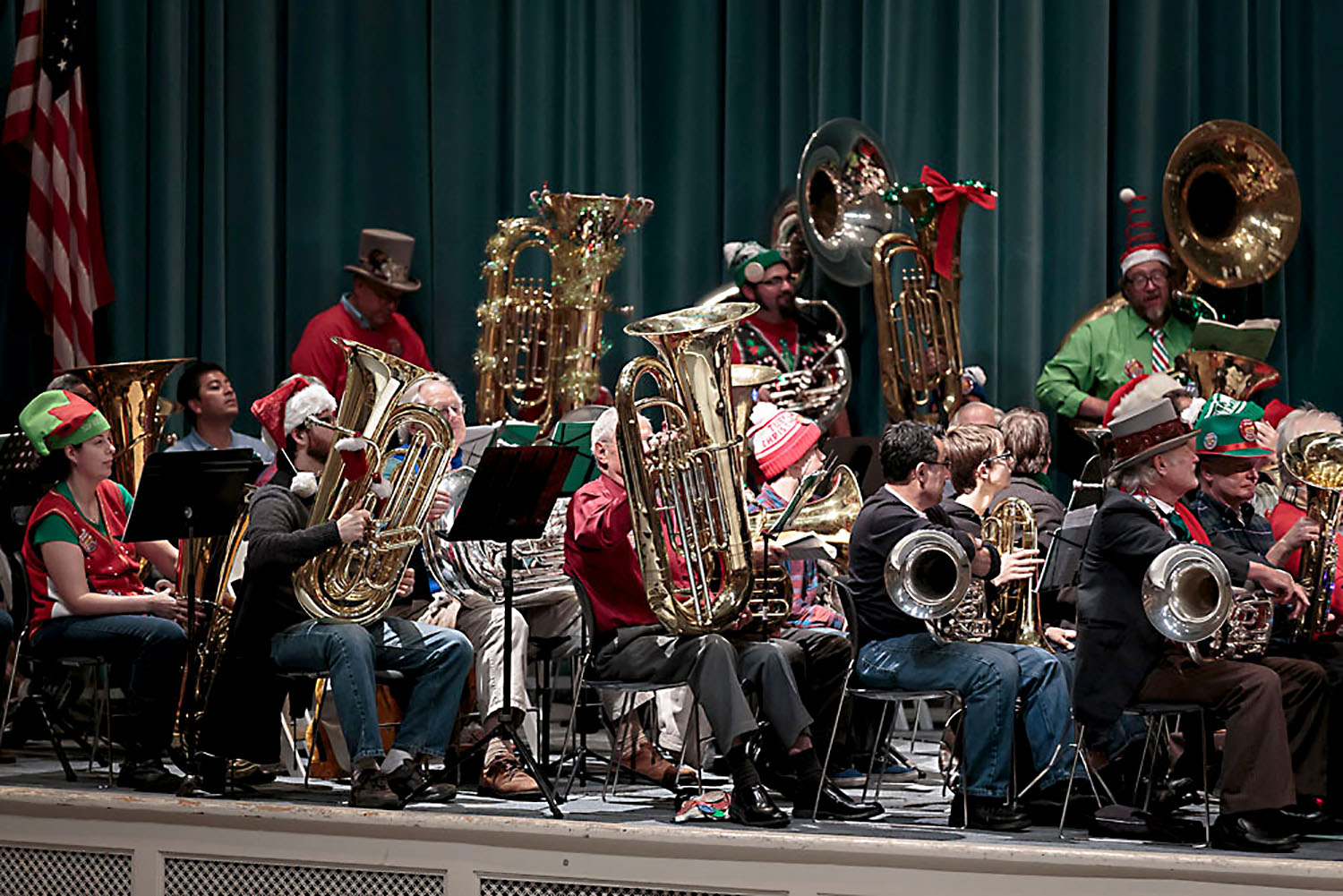 The event will feature numerous holiday-themed music, including Christmas carols and some Hanukah songs. Audience members are encouraged to sing along and will be treated to a visit by Santa himself. The event’s conductor, Scott Wilkinson, is in his seventh year of conducting. Wilkinson has been attending and participating in the event for 40 years. “I just love tuba,” said Wilkinson, “I love being around tuba players, they’re a fun lot, a lot of comradery, and I enjoy being a member of that family.”

TubaChristmas was created by tubist Harvey Phillips in 1974. The event was meant as a tribute to the late tuba artist and teacher, William J. Bell, who happened to be born on Christmas Day, 1902. The first TubaChristmas was held in New York City’s Rockefeller Plaza Ice Rink in 1974.

While the event may seem big, Wilkinson, Cheryl McMillan, and a small group of people mostly made up of local Burbank residents, organize the concert. The planning phase often takes months of work and planning.  While there are TubaChristmas concerts all around the world, Wilkinson’s LA show is unique as it features high-level professionals and Hanukah-themed music.cheryl

Wilkinson also has 40 years of experience as a professional musician and has had the opportunity to be a part of ensembles such as the Los Angeles Chamber Orchestra, I Cantori, Philharmonia Baroque Orchestra, the Flying Karamazov Brothers, and Rakia.

Other special guests include USC Thornton School of Music Professor Jim Self, who provided music for films such as, Airplane!, Poltergeist, E.T. The Extra-Terrestrial, War of the Worlds, and Close Encounters of the Third Kind. Also playing will be The Tubadours and Self’s USC Tuba Quartet. This year marks the 6th year of the USC Quartet’s involvement and they will have a featured number at the start of the show.

As for what songs get featured in the show, Wilkinson explains that there is a basic book of music with 35 songs in it that every TubaChristmas concert uses, to ensure that any musician can play at any TubaChristmas event, no matter the location. From there, Wilkinson narrows down the setlist and curates it according to the talent he has at his disposal. 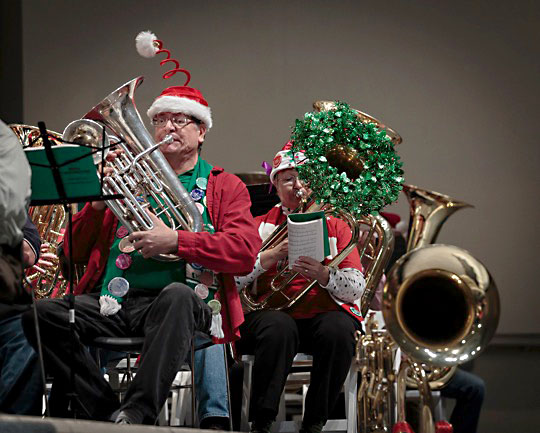 After the event, Wilkinson is always left with a feeling a gratitude. “Fun for me is seeing all of the tuba players having fun,” Wilkinson said, “I get a lot of calls from TubaChristmas players saying they can’t wait.”

For Wilkinson and others, TubaChristmas is not just a holiday event. It is also meant to provide a spark of inspiration for anyone interested in learning a musical instrument. Students who participate get a chance to sit next to and perform with high-level professionals from the LA Philharmonic. With this opportunity, Wilkinson hopes that “students will better themselves and maybe practice an extra hour.” The event is especially meaningful as it also contains one family’s three generations of musicians (Otis, Jeff, and Dylan).

If any tuba players are interested in joining the event, no matter your skill level, you are encouraged to contact Scott Wilkinson at TubaChristmasLA@gmail.com.