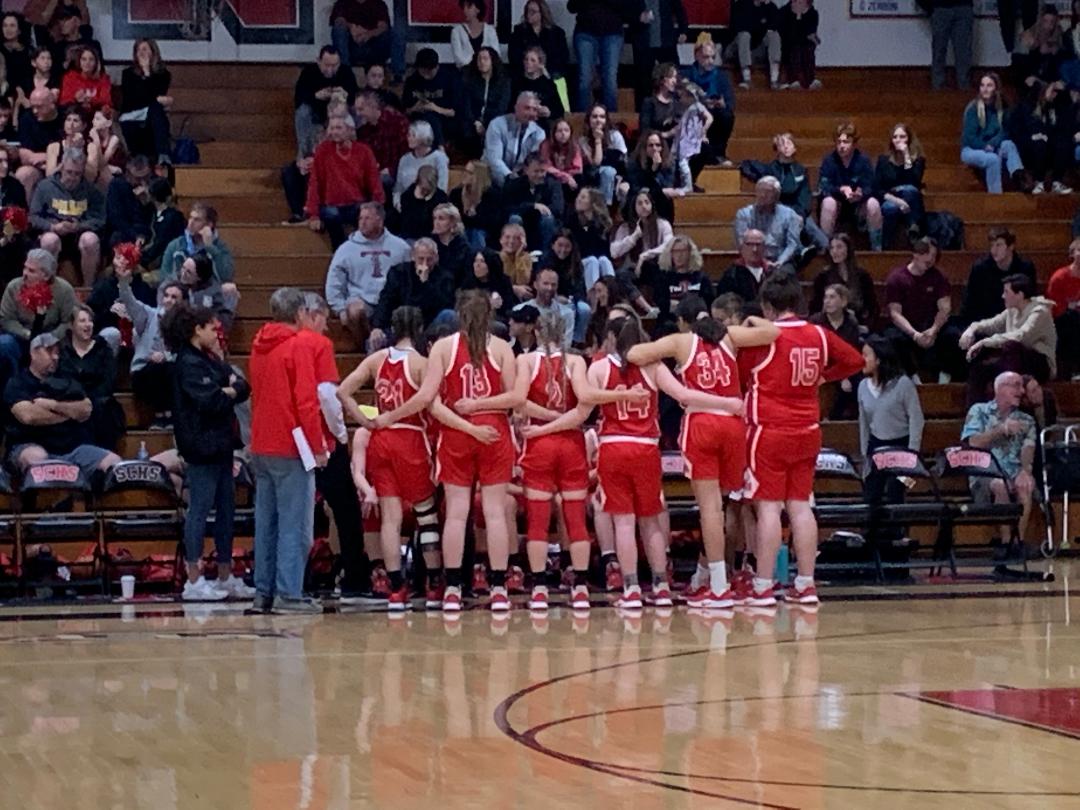 If the Burroughs High girls’ basketball team played the first half of its CIF Southern Division 2A semifinal match against San Clemente the way it did in the second half, the Indians might be playing for a CIF title next weekend.
But the lack in consistency and 20 turnovers proved to be too much to overcome Saturday night as host San Clemente earned a 41-29 victory.

“We talked about it at halftime to just try to relax and execute and pretend we’re at practice,” Burroughs coach Vicky Oganyan said. “I think some were maybe rattled by how big the game was. We were just trying to relax and play like we know how to play.”
Burroughs (25-7) will not get a chance to play for a CIF title, but will get to move on to the state playoffs following next week’s CIF title contests.
The Indians never led in the contest, but turned a 15-points halftime deficit into a very close game.

Burroughs’ intensity forced a number of jump ball situations as the Indians were often first to get loose balls.
Burroughs went on a 8-0 run in the third quarter that was started by a Dyani Del Castillo free throw. Faith Boulanger followed up with a pair of free throws and Del Castillo hit a three-point shot with 2:17 left in the third quarter to start getting everyone on the Burroughs sideline excited as the San Clemente lead was down to 27-20. After a San Clemente turnover, a basket by Kayla Wrobel brought things to within five, as it was 27-22.

A basketball by sophomore guard Noor Fahs with 5:11 left to play made things interesting as Burroughs had once again cut San Clemente’s lead to just five at 34-29.
But that was the points Burroughs would see.

“We’re still a young team, so we have a lot of learning to do,” Boulanger said. “Once halftime came we realized we could do this, we just need to get calm and execute.”
Boulanger led her team with 11 points and had six rebounds. Del Castillo finished with nine points. Wrobel had six points and Fahs finished with six.
San Clemente (27-3) was led by Jessica Blaine, who had 14 points. The Tritons will play Bishop Amat of La Puente for the CIF title after Bishop Amat defeated Palos Verdes Peninsula 66-52 in the other semifinal.