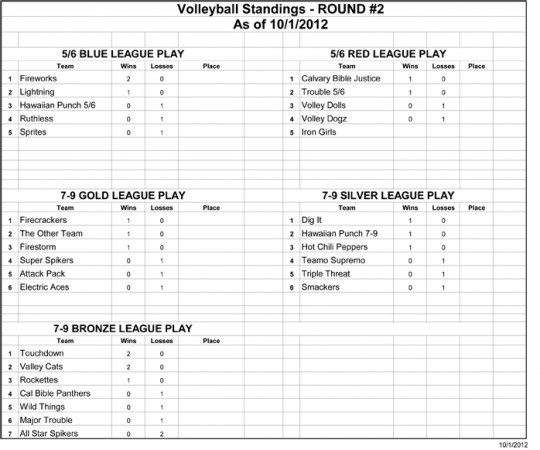 NOTE: Recaps are sent in by team officials.  BurbankNBeyond is not responsible for the information provided.

We played at Luther at 8:00 p.m. against Attack Pack.  The teams were very evenly matched and  both played very well.  In the first game, Maggie Mohler served 5 serves in a row with 2 aces.  She is working on perfecting her overhand serve and really stepped it up in last night’s game.  Mia Staub had a kill and played very well at the net in both games.  The Super Spikers won the first game 21-18.  In the second game – Attack Pack was way ahead at 16-4 when the Super Spikers came back with Ricki Patenaude serving 14 serves in a row for the Super Spikers to come back and take the lead.  The game was very close with the Super Spikers ultimately winning at 23-21.  This was our first win of the season!  All the girls played great!