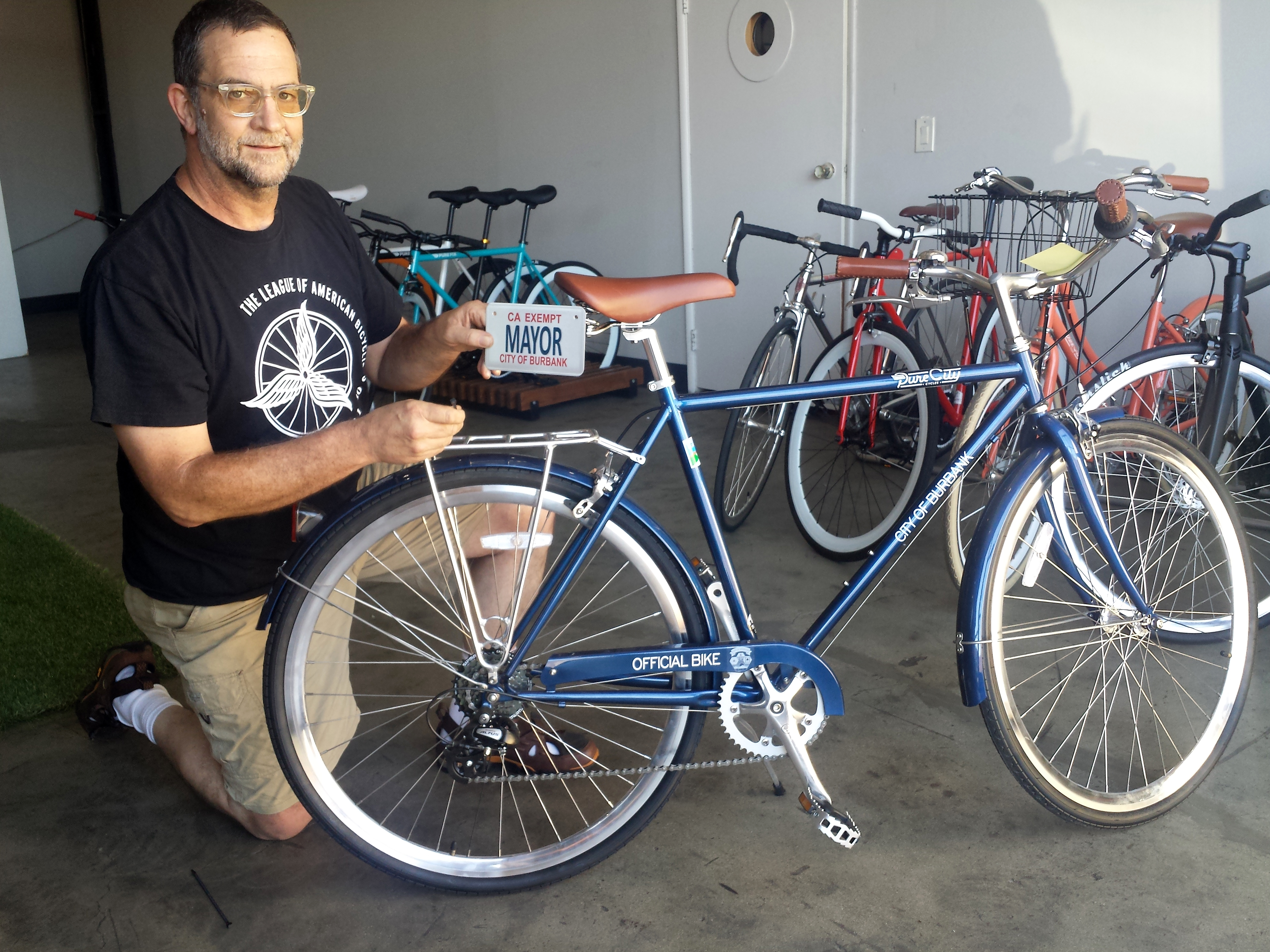 The seasons have changed and so should habits of bicyclists in Burbank, say local biking advocates.

As summer gives way to fall, daylight hours decrease, and visibility becomes an increasing issue for cyclists.  Indeed, California Vehicle Code 21201 requires bicycles operated during darkness to be equipped with a white light on the front that can be seen from at least 300 feet away, and a rear red reflector that can be seen 500 feet away while in motion.  This mandate is not directly for the sake of the cyclists, but for those around them.

“Bike lights are not so much needed to actually illuminate the path in front of you, but rather to make the bicycle more visible so that other people can see you, whether they be drivers or other bicyclists or pedestrians,” said Mike Hollis, chairman of Walk Bike Burbank, the nonprofit local chapter of the Los Angeles County Bicycle Coalition.  Walk Bike Burbank works to ensure a continuing positive community environment for walking and bicycling improvements benefiting everyone in Burbank.

The Los Angeles County Bicycle Coalition, LACBC, a member supported non-profit organization, suggests riders go beyond the law’s requirements and include a rear red light.  Each year the LACBC, along with Walk Bike Burbank and other local chapters, sponsor a county-wide “Operation Firefly” program – an education and bicycle light distribution program intended to make sure bicyclists in Los Angeles are riding safely at night.  Beginning in November, groups of volunteers will stop bicyclists riding without lights in order to give them front and rear lights along with an information card that explains the law for riding at night and provides tips for nighttime bike safety.

The need for these precautions is very real; sixty-nine percent of bicycle fatalities nationwide in 2012 were in urban areas, and nearly half occurred between 4 p.m. and midnight, according to The National Highway Traffic Safety Administration.  Moreover, nighttime cyclists are still found without the legally mandated lights all too frequently; the LACBC distributed over 2,000 lights during last year’s Operation Firefly campaign alone – nearly 100 in Burbank, and they plan to do so again this year.

When asked priorities for bike safety, Walk Bike Burbank lists better visibility through lights and bright, reflective clothing as well as following traffic laws such as stopping at stop signs and yielding proper right-of-way to both cars and pedestrians.

Advocates acknowledge the importance of riders keeping safety in mind, but emphasize it should not overshadow the interest of a beneficial and healthy daily activity.

“There’s so much benefit to be had from just a few little safety measures,” Hollis said. “Being visible, being courteous; knowing the laws – what is right and what is wrong for bicyclists, as well as what the motorists expect.  But with those few little things, cycling becomes immeasurably safer and more fun for everyone.”